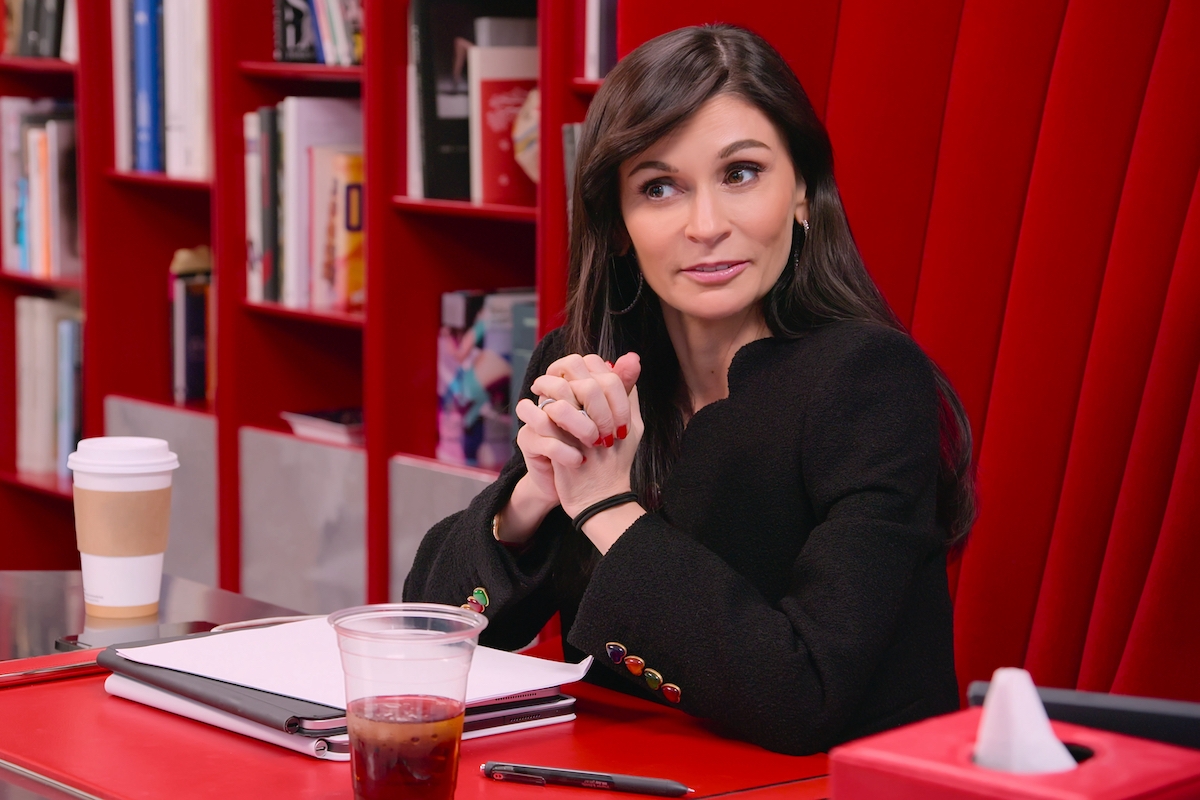 Wow. A week ago I told you that season two of “My Unorthodox Life,” which premieres on December 2, would have a lot of drama, but even I could barely handle the newly released trailer for the new season.

While so much of the season one drama had to do with Haart’s portrayal of her former Orthodox Jewish community, the second season drama looks more like your run of the mill reality TV wildness — acrimonious divorces and relationship intrigue on steroids.

The trailer starts with Julia where we left her last season, as the CEO of Elite World Group — “the largest conglomerate of modeling agencies in the world” — a company she ran with her then husband, Silvio Scaglia, a Swiss businessman.

Right off the bat, she says that she and Silvio are about to get a divorce, saying it’s because they make better business partners than romantic ones. Haart is shown having a meal with Scaglia, in which the two agree that they’re “building things together.” She seems genuinely excited to keep working with the man who will soon be her ex-husband.

That all comes to a screeching halt when Haart then reveals that Scaglia fired her and canceld her credit cards.

“He has lost his friggin’ mind,” Haart says to the camera. We also see her being comforted by her son and daughter.

This is all information that anyone following the tabloid reports about the couple already knew, but trailer puts some disturbing images to the news:  We see Scaglia trying to empty the apartment while Haart and her family were sleeping in it, and that he, or someone under his orders, allegedly removed two paintings from said apartment.

“Does he actually think I’m going to fold and crumble?” Julia asks in the trailer. “Has he f*cking met me?”

It’s honestly an excellent rallying cry for anyone going through a tough divorce.

There’s also some new relationship drama for almost everyone involved in the second season trailer. Julia is seen going on a date and later making out with a 23-year-old (she is 51); her daughter Batsheva talks about her divorce from her husband Ben (“I can’t believe we’re going through a divorce at the same time,” she says to her mom in the trailer); and Haart’s other daughter Miriam reveals her new relationship with Nathalie Ulanger, a tennis player who lives in New York, who she says she met on a dating app.

“I was just looking for sex but I found love,” Miriam, who is shown kissing Nathalie, says.

Robert also reveals he’s in an open relationship with his boyfriend, Ed, something that he obviously has a lot of feelings about.

Then, of course, there’s still tension between Haart and her youngest son, Aron, who appears to want to drop out of school and attend an Orthodox yeshiva full time. “You are getting an education,” Haart is seen yelling at her son, who admonishes her for being “so wrong.”

The trailer also reveals two very exciting season two cameos — one from  “Bling Empire” star Christine Chiu, who tells Haart that so many men would “die to date you,” and another from “Real Housewives of New York” star Jill Zarin, the original Jewish mom of reality TV.

As Zarin says in the trailer, “It’s unbelievable the two and a half years you’ve been through.”

It truly is — and we’re about to get a front row look into it all.