There’s a Horrible Holocaust Song in the ‘Transparent’ Finale 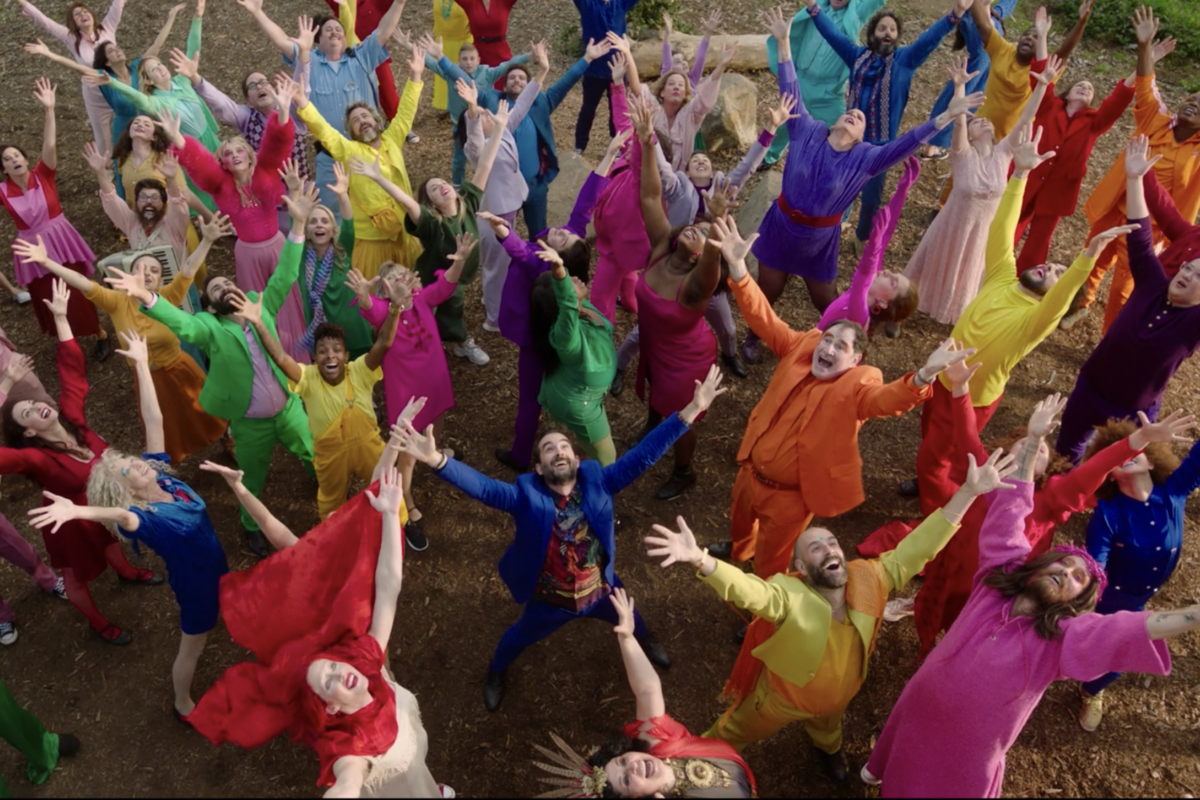 I’m not sure what to make of the Transparent finale, which centers around the death of the titular transgender parent, Maura Pfefferman, who was played by the scandal-plagued cis male actor Jeffrey Tambor.

After Tambor was fired from the show following allegations of harassment, Soloway decided to end the longtime series with a musical finale — and not a full season — as a way to “work out their loss.”

Saying goodbye to one of the most radically Jewish shows was never going to be easy. But the result — a two-hour musical movie from siblings Jill and Faith Soloway — is oddly perplexing and, at times, downright infuriating.

Through Transparent, creator Jill Soloway gave TV viewers one of the most authentic portrayals of contemporary Judaism ever. Among so many amazing Jewish moments, they (Soloway came out as gender non-binary and uses the singular “they” pronoun) showed us shivas with mirrors covered; Yom Kippur break fast trays laden with appetizing that made us wish we could reach through the screen; magical and heartbreaking scenes from post-Holocaust Europe; and a visit to Israel so nuanced and flawed that it could practically serve as an itinerary for a modern American family’s trip to the Jewish state.

And then, Soloway ended it all with a massive misstep: a terrible song called “Joyocaust.”

“Joyocaust,” to put it mildly, is a very upsetting musical number, a misguided attempt to turn the trauma of the Holocaust into something positive. (I had to rewatch it a number of times for the purpose of this piece and am currently feeling very queasy.) In the musical, the song is initiated by Shelly Pfefferman, the matriarch of the family, who is played by the Emmy-award deserving Judith Light. (Honestly, Light may have executed the best Jewish mom portrayal ever on TV; witness the incredible song “Your Boundary Is My Trigger,” which is also featured in the special.)

As the finale nears its conclusion, there’s a moving, serious Jewish ritual moment happening in the Pfefferman family. It’s totally not about Shelly, however, so she gets up and starts the musical number. Bemoaning that Judaism is too serious and somber, she declares that Jews need a “Joyocaust.”

“Six million ain’t no joke/ we win for losing folk,” she tells the crowd. “We need a celebration of the soul/ for this extermination Super Bowl.”

The song even has a perplexing line about Jesus. As Davina sings: “They nailed Jesus to the cross/Sure that’s one tragic loss/And he died for a lot of y’alls sins/But they tattooed numbers on our skin.”

To be fair, for such a distasteful tune, “Joyocaust” actually has moments of self-awareness. But they have the unfortunate effect of making the song worse, not better. “Hell yes, we crossed the line,” the crowd joyfully sings. “That’s why we’re feeling fine!” Really?!

“Don’t worry we will never forget,” the Transparent cast promises us. And yet, the lyric is followed by this: “Shake your tushy till you schvitz and sweat.”

Yes, it’s true that, over the course of its four seasons, Transparent was often uncomfortable to watch. Its characters are  unlikable and they screw up a lot. But “Joyocaust” is truly something else: It’s weird, prescriptive, derisive of Judaism — and not “just” the Holocaust — by making fun of everything from how we pray to how we sing. It’s almost Soloway pretending to be our mother and telling us how we should live our lives while triggering our most painful spots.

Is the song awful? Yes it is. And yet, I maintain that the Transparent finale is wholly worth watching. Despite cringeworthy moments like “Joyocaust,” it’s also full of transcendent ones — moments that remind us all why it was such a special creation to begin with.

The occasional cringey song aside, the music is generally excellent. The choreography, from The OA’s Ryan Heffington, is inspired. And there’s a lot of incredible Jewish moments, like when the Pfefferman kids visit Rabbi Raquel, who’s busy at a Rosh Chodesh retreat for adolescent girls, preparing them to greet the onset of their menses with a sense of wonder. Or when Ari, who wants to become a rabbi, leads her siblings in reciting the kaddish over Maura.

One of the best parts of the special is a biblical verse that runs through the entire finale, “Lech Lecha,” in which God tells Abraham to leave his father’s house and go to this new land, Israel, to start something new — the Jewish people. It’s the radical beginning of Judaism, turned into a beautiful song. Unlike “Joyocaust,” through the ballad of “Lech Lecha,” the Soloways (and, by extension, the Pfeffermans) capture the joy and beauty in Judaism — transcendent, exploratory, wandering — the way they have in seasons past.

Despite its flaws, it’s still worth saying kaddish for this truly unique series. After all, it was one of the first to seriously explore transgender identity, even if that torch has been passed to excellent shows like Pose. And, perhaps more than any other series on television — streaming, cable, network, or otherwise — Transparent also filled its audience, no matter their religious background or affiliation, with a love and awe for Judaism. And that we will truly miss.