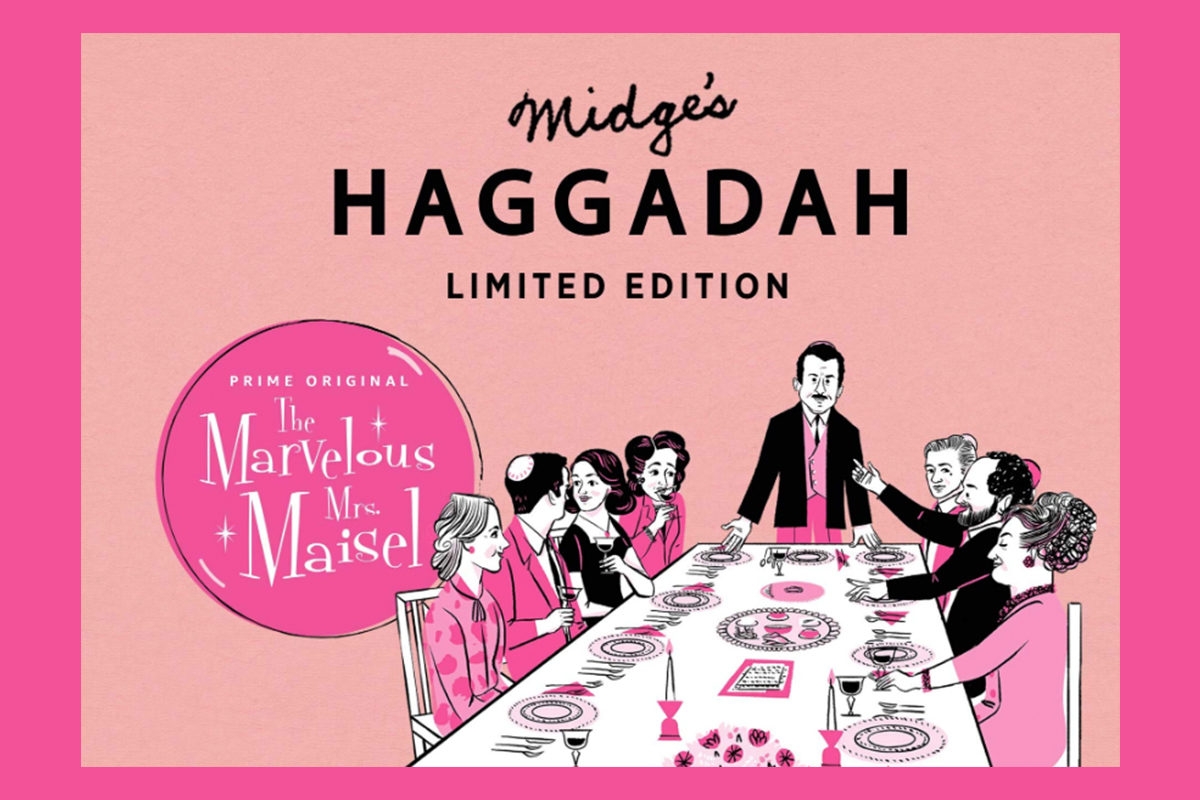 Get a copy of the Kveller Haggadah here!

Does your family’s Passover seder need some livening up? Good news! Midge Maisel, the effervescent housewife-turned-comedian who’s the titular character in the hit series The Marvelous Mrs. Maisel, is ready to join you at your seder table this year.

The Marvelous Mrs. Maisel, as we know, is a super Jewish show. (What other Emmy-award winning show featured the Mi Sheberach prayer and the Catskills in the same season?) It only makes sense that Amazon would take advantage of this to sell a haggadah; last fall, around the season two premiere, they partnered with Jewish delis to sell Masiel-inspired pastrami sandwiches.

“The Marvelous Mrs. Maisel is proud to present this limited-edition Passover Haggadah, compliments of Maxwell House Coffee,” reads the Midge’s Haggadah page on Amazon. “Midge Maisel is known for hosting elegant Passover Seder dinners, and now you and your family can have a piece of Midge’s seder at your own Passover table.” 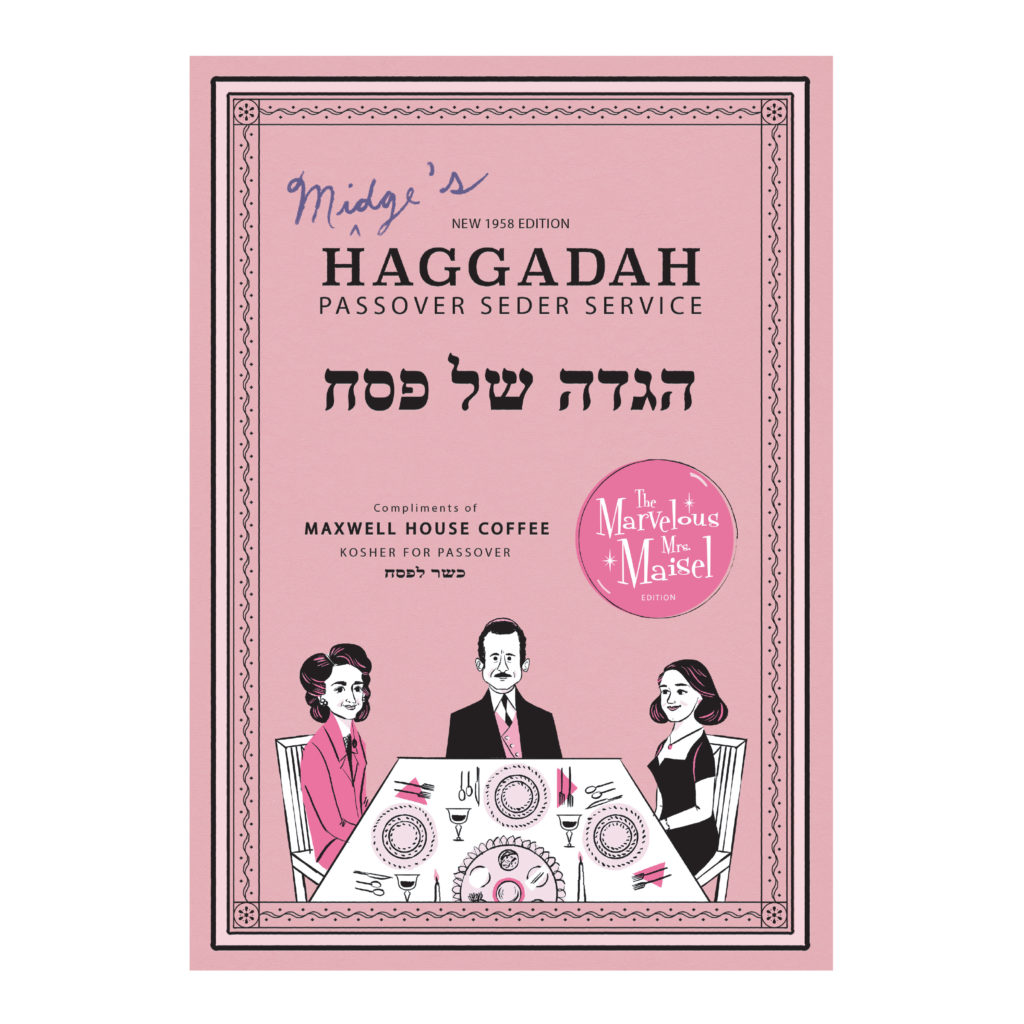 The entire haggadah is Maisel-themed, colored pink (as opposed to the “traditional” Maxwell House color, blue), and is replete with retro illustrations. There’s handwritten recipes for Midge’s Brisket, preexisting wine stains, and more.

Note: Only the Regular & Decaf (non-flavored) are Kosher for Pesach (Passover) Here is one example: https://t.co/SEGZGY9SmH

A bit of history: Maxwell House has had a monopoly on American Jewish haggadahs since 1932, becoming the most widely used haggadah in the U.S. (Though perhaps the Kveller Haggadah will soon beat it?!?) In early 20th-century America, Jewish stores classified coffee as not kosher for Passover (mistakenly labeling coffee beans as “legumes”). However, as our sister site, Jewniverse, explains, “the company [started] to publish the now-iconic haggadah to give away with cans of coffee and lock in the loyalty of Jewish consumers.”

Amidst all this brand synergy (an Amazon giveaway for an Amazon series!) we wonder if there’s a secret message: Will Maisel season three will feature a Passover seder? Here’s hoping!