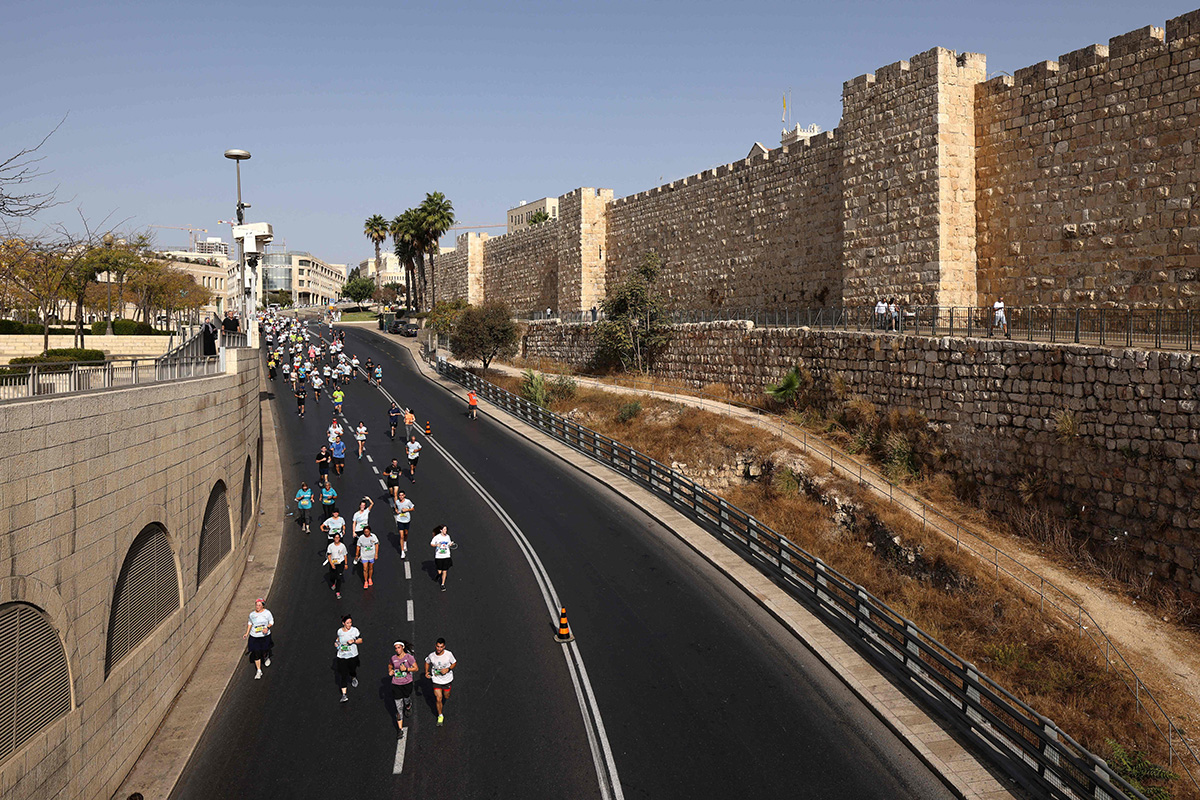 The Jerusalem Marathon, which was held today on Friday, March 25, took place in particularly brutal weather conditions. Heavy rain battered down on the Israeli capital, making the 26.2-mile race, which starts at a junction between the Knesset, the Israeli parliament, and the Israel Museum and ends at the city’s Sacher Park, particularly challenging. It was also an unusually cold day at just 4 degrees Celsius (40 degrees Fahrenheit). Two participants had to be pulled away from the race because they suffered from hypothermia.

But Valentina Versca Kiliarska, a 32-year-old mom, didn’t notice the cold or the rain. “I didn’t think about the difficulty and the need to breathe, I just needed the world to hear my voice,” she told Haaretz.

Kiliarska, a professional field racer and international champion of three marathons, had to stop training a month ago when she and her 11-year-old daughter escaped her home city of Mykolaiv, Ukraine as Russian forces started invading her country.

But then, one week ago, the city of Jerusalem reached out and invited her to participate in its yearly marathon, which started in 2011. Kiliarska saw it as a way to support her country while not being physically there. “I looked at this marathon like something very very on top,” she said at a press event.

And she, indeed, come out on top. She was the first to cross the finish line, completing the entire course in 2 hours, 45 minutes and 54 seconds. She said she didn’t feel tired at all — just happy.

Kiliarska also told the press that she loved running in Israel for the first time: “People are so friendly, I feel the energy from this land because it’s a special land, a holy land.”

The achievement comes at quite a difficult moment for the athlete. Five days before participating in the marathon, she discovered that her house back in Ukraine was destroyed. Her husband is part of the war effort there, and she talks to him every day. Her daughter is with friends in Poland. But it’s her parents and siblings she worries about the most. They’re still in Ukraine, sheltering underground, only leaving for brief moments to find food and water. It’s been hard getting in contact with them.

Still, Kiliarska sees this victory as a powerful moment of reprieve. “It’s a beautiful and special day in my life, my country is proud of me, and my parents are proud of me. I’m sending my love to Ukraine and the world,” she said.

And at the end of the day, she said, we all want the same thing: “We want our kids laughing and smiling.” Her greatest wish right now, and the greatest wish of her country, she says, is peace.