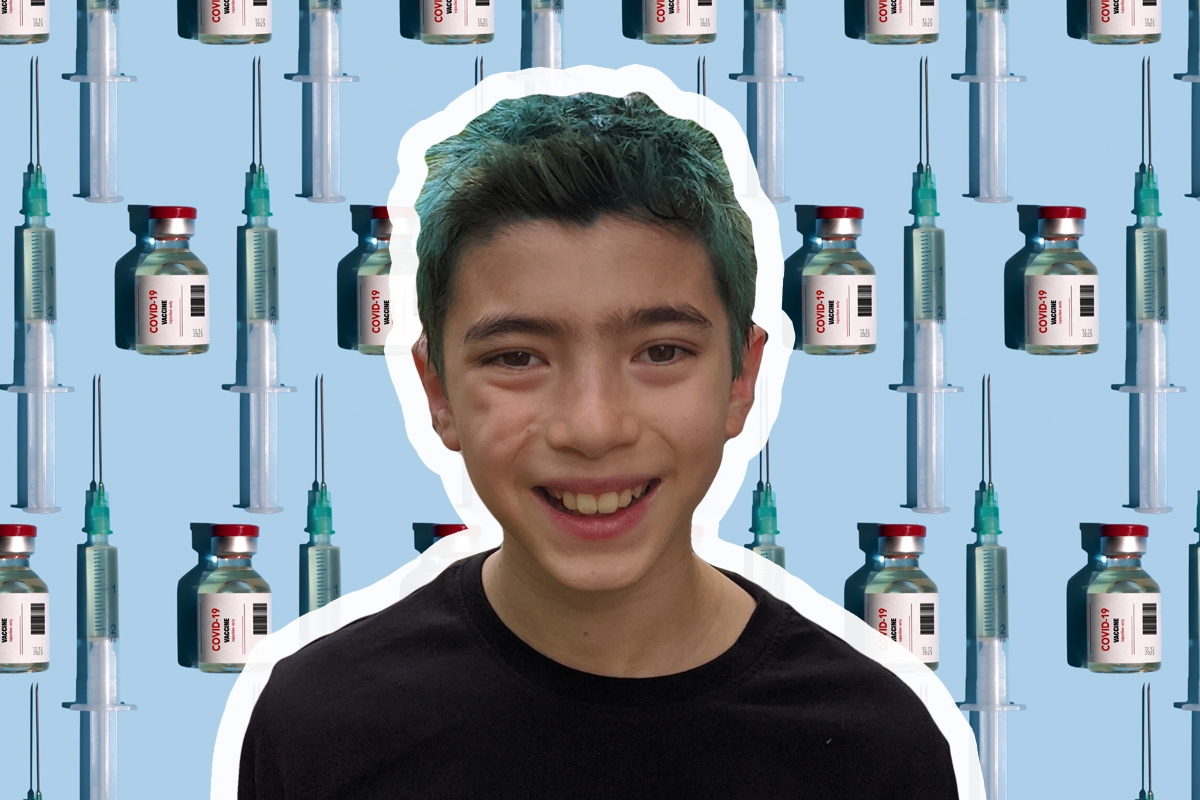 Samuel Keusch, 12, has a not-so-secret skill: lightning-fast fingers. An avid video-gamer, he is often the first player to press a button when some thrilling gameplay calls for it.

That skill — which let’s face it, many kids have developed during quarantine — has helped make a difference in people’s lives in a very big way: Through his website, Vaccine Helper, Sam has helped more than 1,100 people in New York get their Covid-19 vaccine appointments.

Sam got inspired when his grandparents, who are in their late 60s and early 70s, became eligible for the vaccine — and yet, like so many New Yorkers, they struggled to figure out exactly how to do it.

Since New York state began offering vaccines this winter, many have complained that the system is cumbersome and difficult to navigate, with too many portals and websites and specific locations. Signing up also requires a certain amount of free time and web-savviness that many who are older, or are more busy working frontline jobs, or have less stable internet access, struggle with.

But young Sam has all these things — he goes to Zoom school and is, as we’ve established, a gaming whiz, and because of these two things, he has a pretty good internet setup. He and his father managed to find appointments for his grandparents fast — and it made Sam think that he could easily offer the same services for other people.

So along with his father, David, a real-estate lawyer by trade but a technology aficionado, and a couple of David’s friends, Sam decided to make finding vaccines for others his bar mitzvah project. At first, the project was centered around their synagogue, Beth El Synagogue Center in New Rochelle, which has about 1,000 congregants.

“My neighbor is a Holocaust survivor and she sent me a bunch of her friends and we’ve been helping them and they’re all so great to help because they’re all really nice and they send us really nice emails,” Sam told me this past Friday during a phone interview.

“We originally thought this was going to be like a sort of temple project,” David, Sam’s dad, said. “And we’d help people in and around the temple and maybe some close friends. At this point 95 percent, maybe even more of the people that are signing up, we don’t know who they are. They’re referred to by other people. And quite frankly, if Sam’s willing to help them, you know, we’re not going to say we don’t know you. They need help. So, we keep helping.”

The project centers around a simple Google Form, in which Sam solicits from each applicant the necessary information so he can book their vaccine appointments.  What’s more, Sam also makes sure to book these appointments during times and in locations that are convenient for these individuals. (The most popular locations so far have been in Westchester, the Javits Center in Manhattan, Jones Beach, and Stony Brook.)

Lately, Vaccine Helper has really been picking up steam: “In the beginning, we were just happy to get an appointment every 10 minutes. Now… we’ve been averaging like, around, 75 a day now,” Sam said.

Sam knows exactly how important these vaccines are: “My mom is a doctor. She’s helped with Covid cases. And she already got her both her shots a while ago. It’s a lot better now that we know she safer, being with Covid patients.”

He doesn’t ask for anything in return for making these appointments, though if people feel like they want to pay him back, his website suggests a donation to Feeding Westchester or to Beth El Synagogue Center in New Rochelle. Seeing these donations under his name is deeply moving for Sam: “They make me feel like this was a great project,” he said.

Of course, Sam isn’t the only kid out there using his skills and free time to help people get vaccines. In Chicago, 14-year-old Benjamin Kagan (the nephew of beloved Rabbi Danya Ruttenberg) is helping people get their vaccine appointments, also with the help of a Google form. Another 13-year-old Chicagoland resident, Eli Coustan, is also helping people book vaccine appointments through his website, ILVaccine.org.

These projects are literal life-savers for so many people, and they also highlight how difficult these decentralized vaccine registration systems are to navigate — an issue that, so far, doesn’t seem to have a national, systemic solution.

Luckily, while Sam’s bar mitzvah in May is fast approaching, he has no plan to stop working on Vaccine Helper any time soon: “I’m planning to do this for a while,” he said. “I mean, until people don’t need appointments. I’m trying to get as many people as we can.”