Grandparents Are Lifesavers for Many Jewish Families During the Pandemic 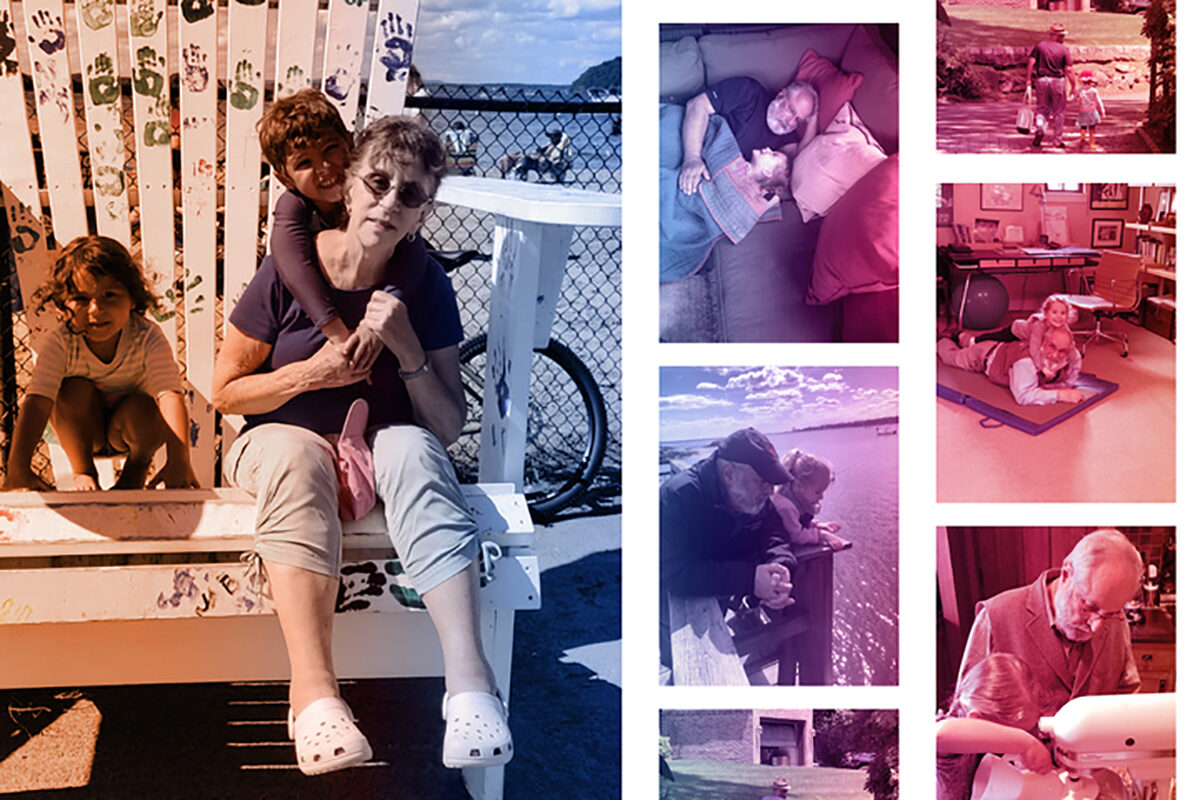 OK. Technically, we saw my mother — on Zoom or What’s App or whatever technology she could figure out. We even had some drive-bys, where she would sit on her stoop and we would stay in the car. But we couldn’t really see her, not the way we wanted to.

My sister and I both live in New York City, 20 minutes (me) and 10 minutes (my sister) from my mom. During normal times (remember those?), my daughter and my sister’s son, both 5, treasured their weekly appointments with their Grammy, with sleepovers, hours at her building’s playground or just lounging around in front of her TV. (“Don’t ask, don’t tell,” is our family’s rule for free babysitting).

But when schools closed down on March 15 due to Covid-19, my sister and I had to make the difficult decision to stop seeing our mom. No babysitting, no sleepovers, and more significantly, no Shabbat dinners and hugs and snuggling before bedtime. It was an extra difficult decision because our mom lives alone, and we worried she’d be lonely. But, as my sister so poignantly put it, “We don’t want to kill her.”

When the lockdown began, everyone naturally wanted to keep their families and loved ones safe — but it all came at a price. Keeping kids home from school meant they would have no socialization; staying home from work meant no commute or meetings (LOLSOB), but had parents buckling under the pressure of juggling jobs and childcare and couples at the ready to kill each other.

And staying away from grandparents? That was truly a sad moment for all.

I remember growing up in Brooklyn near my maternal grandparents. I used to go there every Friday, after early yeshiva dismissal. I’d grab a Kit-Kat, play Rummikub with them (turning their tiles right-side-up), and I’d bask in my grandmother’s attention to stories about my day.

“These are the best days of your life,” she always said, which perplexed me.

“But you said that last year!” I always replied.

I was loath to deprive my own daughter of her special relationship with my mother. (“Who’s your best friend!” my mother always says to her, although she probably says it to my nephew as well.)

And I was loath to leave my mother by herself.

As March rolled into April — and we had our cacophonous Zoom Passover seder — and April bled into May, New York City thankfully seemed to be flattening the curve. And, after a thoughtful inter-family debate, discussions with doctors, and implementing extra precautions, we planned an upstate getaway with Grammy. In a big house. With a yard. Unlike all our city apartments.

Now, I’m not saying what others should do with their parents. It all depends on where you live, the state of the virus, and your parents’ situation. For example, we haven’t seen my dad since the pandemic began because his wife is immunocompromised, and that’s a risk we don’t want to take.

But as spring stretched into summer and many states loosened their restrictions, many grandparents came out of lockdown. For some of us on the East Coast, it was because the curve had been flattened and the risks had been reduced. Others — even in places where the numbers were climbing — took appropriate precautions, such as quarantining before visits with extended family. Plus, the balmier summer weather made it easier to plan outdoor gatherings and playdates, as the virus is harder to spread outdoors in non-crowded spaces.

“Until recently I’ve done nothing — they were in school,” Gail Simpson said of her grandchildren, who, like her, live in Los Angeles County. “Everyone was sheltering in place — they didn’t want to infect me with anything.” Her grandkids weren’t into talking online, however, or listening to her read them books, and the drive-by visits were short.

Then, at the beginning of the summer, after months of missing her grandkids, Simpson casually mentioned to a friend: “Maybe I’ll open a Camp Savta,” she said, using the Hebrew word for “grandmother.” That night, her daughter-in-law called: “I hear you’re opening a camp!”

So Simpson and her husband started taking care of each set of grandkids one day per week. Their days consist of hikes and treasure hunts in the morning, arts and crafts, lunch, swimming, and movie time in the afternoon.

In my family, in June, we rented a house upstate for the month: my sister’s family, my family, and my mom. Judging by the way the kids flew into Grammy’s arms, I’d say it was a tie as to who was happier to see whom. And that’s not counting the two sets of really tired parents who had had no childcare for three months.

Is there a name for the blissful morning silence that follows three months of 6 a.m. wakeup cries of “why is no one plaaaaaying with me?”

The kids were downstairs, excited to wake each other up at what felt like the crack of dawn, and now they had their grandmother to make them cinnamon toast, referee their iPad fights, and who knows what else. (Remember: Don’t ask, don’t tell.) By the time us parents stumbled downstairs — having showered, brushed our teeth, and even brushed our hair — we all felt ready for our day in ways we hadn’t felt prior to the pandemic.

It was a peaceful, month-long reprieve from the drudergies of pandemic parenting and working from home in a small apartment. But for some people, of course, grandparents aren’t only emotional support or bonus caregivers — they are a necessity.

In March, Dana Trobe, a single mom in New York, was trying to work with her 4-year-old by her side. “I couldn’t work and ignore my kid all day — there was only so much TV she could watch,” she said. “It was untenable.”

So Trobe quarantined for two weeks and then went to Rye, New York, to live with her parents — her mom had just been in a car accident and also needed help recovering. “I really felt like there was no other option,” Trobe says. Her stepfather, a neurosurgeon who suddenly found himself at home because his elective surgeries were deemed “nonessential,” took on the bulk of the childcare while his wife recovered and Trobe worked at her human resources corporate management job.

“It’s an unintended but wonderful consequence,” says Jack Stern of grandparenting during the pandemic. He notes that his own grandparents died in the Holocaust and he only raised boys, so he’d never had time with preschool girls. “And particularly because she has no father, I play a huge role in terms of being the primary male figure in her life,” he says.

As New York flattened its curve, the situation became easier — especially as Trobe brought her nanny to Rye part-time, and her mother recovered. Still, Trobe plans to return to the city at the end of the summer so that her daughter can start school.

“I think she’ll remember this all fondly,” Trobe says of her daughter. “She’s never had this much of my attention, and she worships her grandparents. She’s in heaven.”