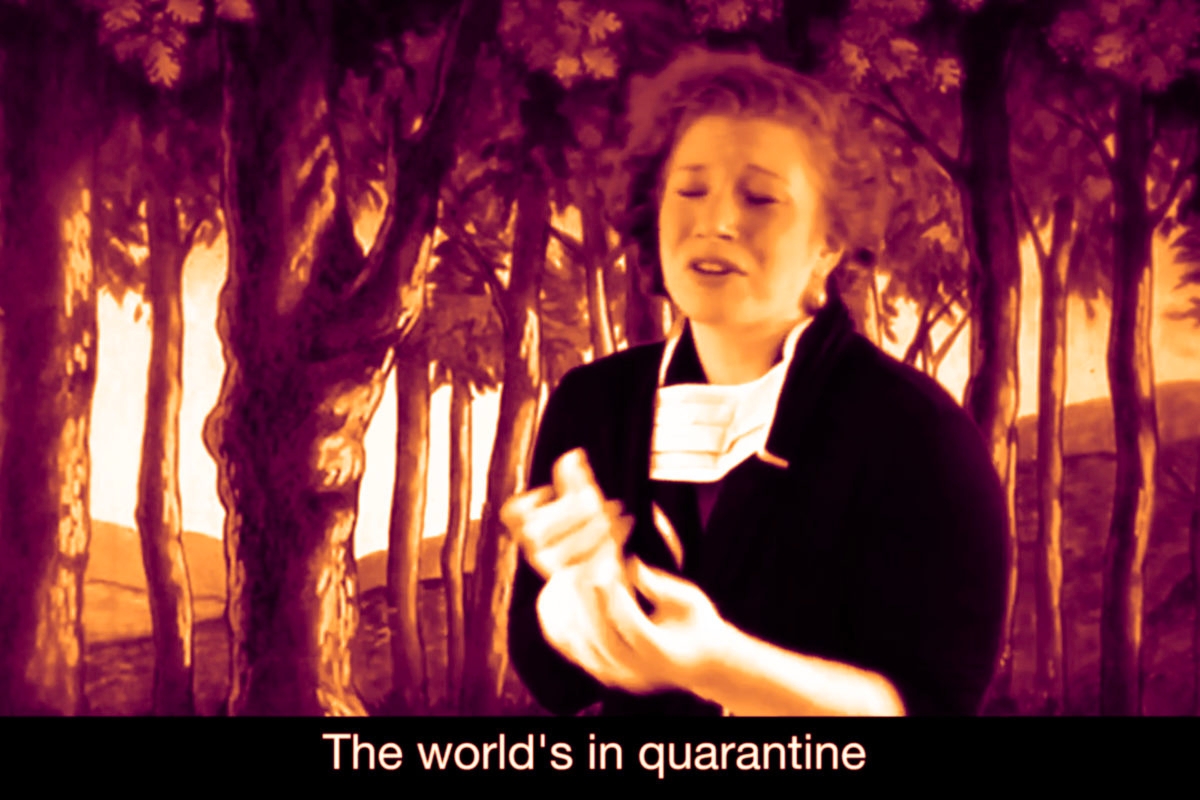 Back on March 23, Bette Midler tweeted: “Is it corny to have your own song stuck in your head? Because every time someone comes closer than 6 feet, I start singing, ‘From a Distance.'”

Well, turns out great minds think alike! On that same day, Jewish mom Andrea Niederman, 32, and her husband Eric Niederman, 33, released their own COVID-19-related parody of the 1990 Grammy award-winning song. The couple’s version is entitled “Keep Your Distance.”

This quarantune, if you will, is short and truly hilarious. The couple recorded the song in their car while they were socially isolating, and they filmed the video in their home.

As Eric tells me over e-mail, their friend Sarah suggested that the song should be made into a parody for the age of coronavirus. Since the couple’s 6-month-old daughter is actually named Bette — after “the Divine Miss M and my grandmother, Betty” — Eric says it was fate!

In the video, Andrea looks glamorous in a black dress and earrings, plus a pair of plastic gloves and a mask. You can see her in front of a forest backdrop that you may recognize from the original “From a Distance” video. But then — spoiler! — we find out it’s just a green screen in the basement of the couple’s Long Island home!

Andrea combines some dramatic interpretive dance with hand washing. Plus, the parody’s lyrics are funny and educational: “High infection rates/So don’t touch your face,” she reminds us. “For the human race/keep your distance.”

Seriously, this is the topical laugh you need right now. Thank you to the Niedermans for bringing us all some much-needed joy!