This 'Hamilton' Parody Reminds Us to Not Throw Away Our (Covid) Shot! – Kveller
Skip to Content Skip to Footer

This ‘Hamilton’ Parody Reminds Us to Not Throw Away Our (Covid) Shot! 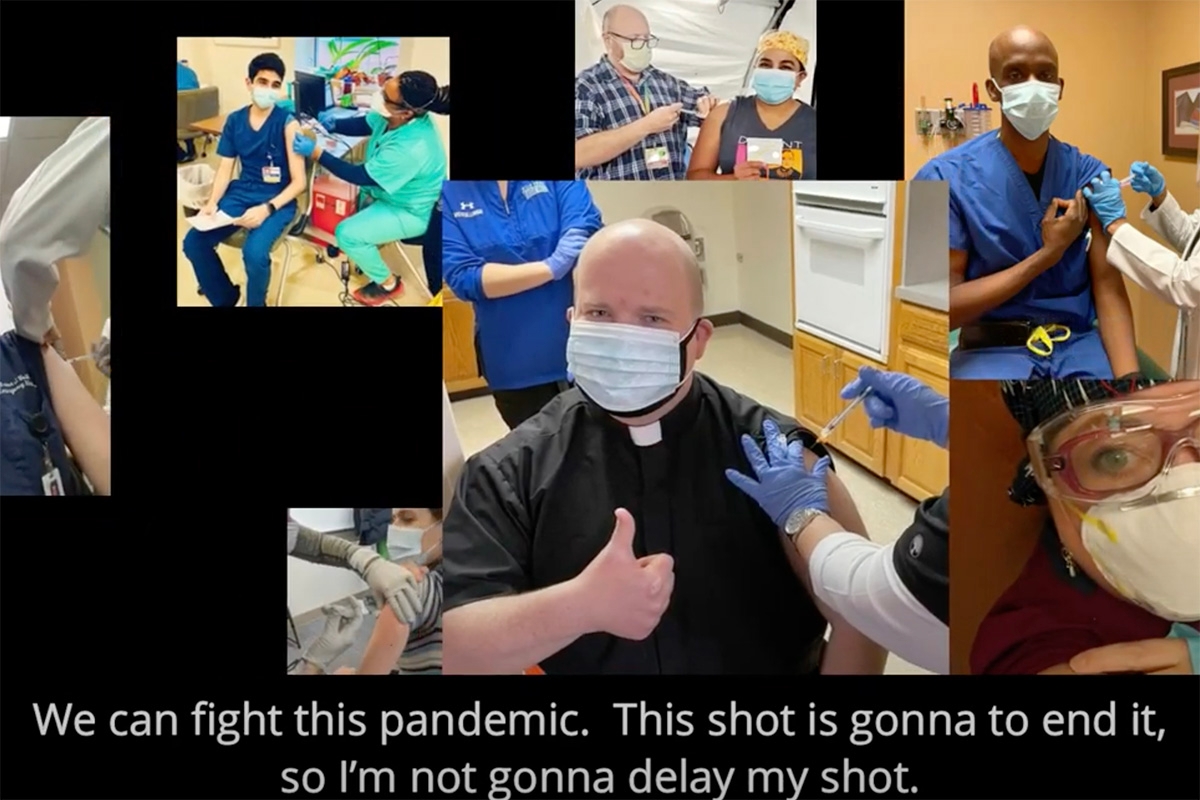 Jewish dad Adam Shain is at it again with the Hamilton pandemic parodies. After bringing us a very accurate take on Zoom schooling, set to the tune of Hamilton‘s “You’ll Be Back,” he is back with another Hamilton parody to remind us all to not delay our shot — meaning, our Covid-19 vaccine. Instead of the refrain, “rise up!” Shain urges us all to “immunize up!”

Obviously, the connection between the Hamilton song “My Shot” and the Covid-19 vaccine is a pretty easy one to make. But adapting the song — which Lin-Manuel Miranda himself claimed is the toughest song to master in the entire show — was not easy, Shain said. Yet Shain felt that the message of this new parody, titled “Not Going to Delay My Shot” — written to encourage vaccination and to counter vaccine skeptics — was worth the toil.

Beyond re-framing the lyrics around vaccination, Shain also recruited a group of amazing people to help him shoot the video — including his own 102-year-old Nana, Judy Weiner, the daughter of Yiddish-speaking immigrants from Russia. She now has eight grandchildren and 16 great-grandchildren.

Nana, who is still “sharp as a tack,” according to Shain, is seen dancing in the video. He also sings about how he can’t wait to hug her again once they all get their shots.

The video also features countless medical professionals, many of them shown getting their own vaccines, and some of whom have filmed themselves singing along with Shain. It’s both very fun and very moving.

“I’m fortunate to have a number of friends in medicine and education so I reached out to my network to see if people would be interested in being a part of the project,” Shain told me over email. “I was also able to connect to a lot of medical professionals on Facebook who are really passionate about encouraging vaccination and who shared their photos and videos of getting the vaccine.”

“It was amazing to see how supportive everyone was of the project,” he added.

The video was put together with the help of Debra Getz, a friend who is also the director of Shir Rhythm, a Jewish a cappella group Shain sings with, and Jack Price, who helped put together all of the music, including the virtual choral parts.

For Shain, urging other people to vaccinate is inherently connected to his Jewish values. “Judaism teaches that saving a life is as if you’ve saved an entire world,” he said. “Getting vaccinated is an act that can not only save your life but also those of others who are at risk. As such, it is not only our civic responsibility but also our religious obligation to get vaccinated.”