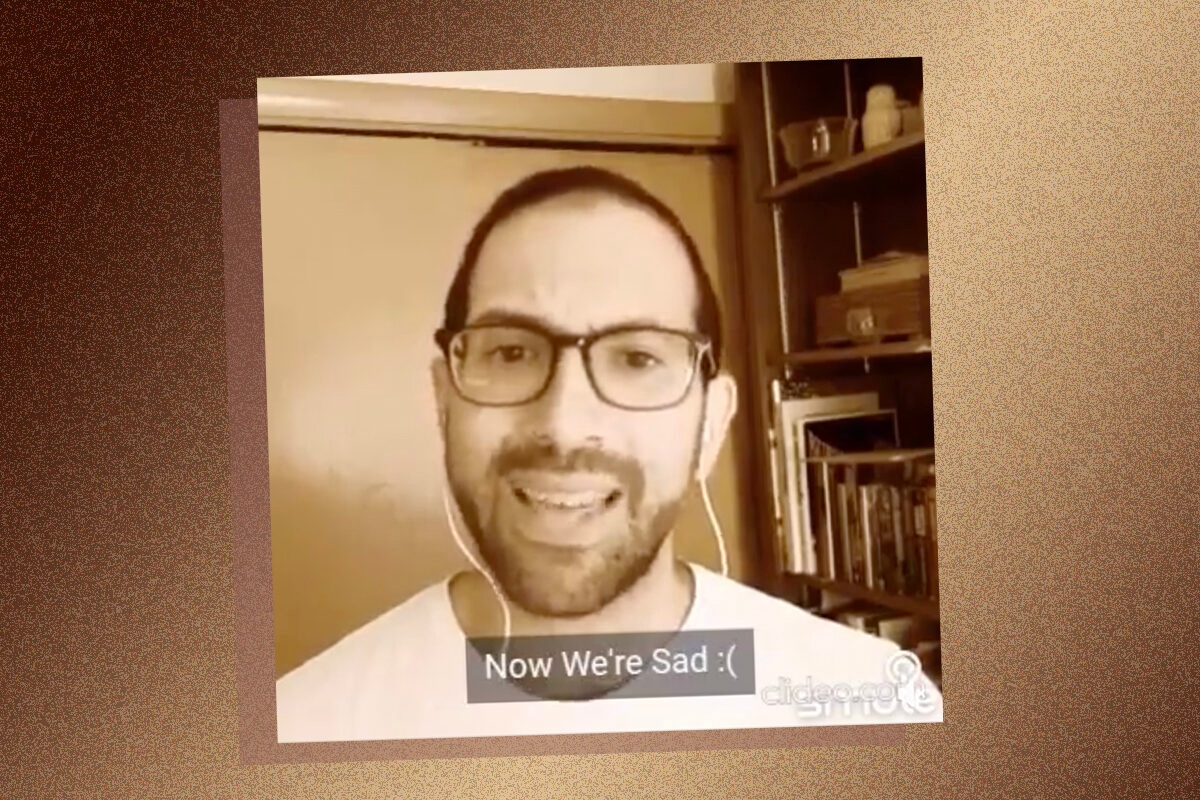 I write about a lot of parodies here at Kveller. Many of them are excellent, but none have hit me in the gut quite the way this recent Hamilton parody has. Written by Jewish dad Adam Shain, this one’s about THE topic on everyone’s mind these days: back-to-school and remote learning during the pandemic.

Shain, a dad of four from Sharon, Massachusetts, created this delightful parody of “You’ll Be Back,” the excellent Hamilton song sung by King George III, played on Broadway by Jonathan Groff. As a parent, you may know him from late-night, post-bedtime binges of Mindhunter or as Kristoff from those daytime, kid-friendly marathons of Frozen. Let us pause a brief moment to admire the range of acting (and saliva!) on this guy!

“You’ll Be Back” is about the king’s hopes that Americans will go back to being British loyalists. Sadly, just like the likelihood of that event was slim, so, too, are our hopes of our kids returning to their school buildings this fall — at least in any form that won’t involve a hefty amount of distance learning, as well.

Shain, who is part of the Jewish a cappella group Shir Rhythm, watched Hamilton for the first time with his family when it premiered on Disney+ this month — and the idea for the cover just came to him right away, he says. School is always at the forefront of his mind — not only because he’s a father. He is also a newly elected member of the Sharon School Committee.

“I wrote the lyrics in about an hour, right after I finished watching Hamilton,” he tells me over email. “My wife was sitting next to me and offered a few great tweaks.” He then shut himself in his bedroom and recorded the video.

Of course, and since he is a father of four, he was not alone: Shain says his 5-year-old was right there as he recorded it, sitting on the bed.

The lyrics that Shain penned are, quite honestly, brilliant. He jokes about how his kids can smell his fear and he pleads with school officials: “Please don’t say ‘time will tell’/Will it go faster if I start to yell.”

Have more relatable words ever been sung? Yes, it already feels like we’ve been remote schooling for an eternity — and now we’re staring down another year of it, if not more?!

For Shain, remote learning, obviously, is not easy: “It’s definitely a struggle to balance the learning needs of our four children,” he says.

Social distancing also affected the family’s very active Jewish life — they’re part of two local synagogues and an independent partnership minyan. “Not having Shabbat with the community has been extremely disorienting — it’s like we lost our spiritual and social center,” he admits.

Shain is clear on the fact that this parody does not represent his personal views about going back to school, nor those of Sharon School Committee — it is just a well-crafted piece of musical humor. When I ask him for a serious answer about his thoughts about going back to school, he gives me the truth: There are way too many factors to consider, he says, and that there are no easy answers.
Yes, we know, we know. He’s right, of course. But, hey, at least he’s given us a fun, catchy way to laugh about this challenge and work through our pain and frustration. Thanks, Adam, and keep the parodies coming!