This Is the Difference Between Hanukkah in Israel and the U.S. – Kveller
Skip to Content Skip to Footer

This Is the Difference Between Hanukkah in Israel and the U.S. 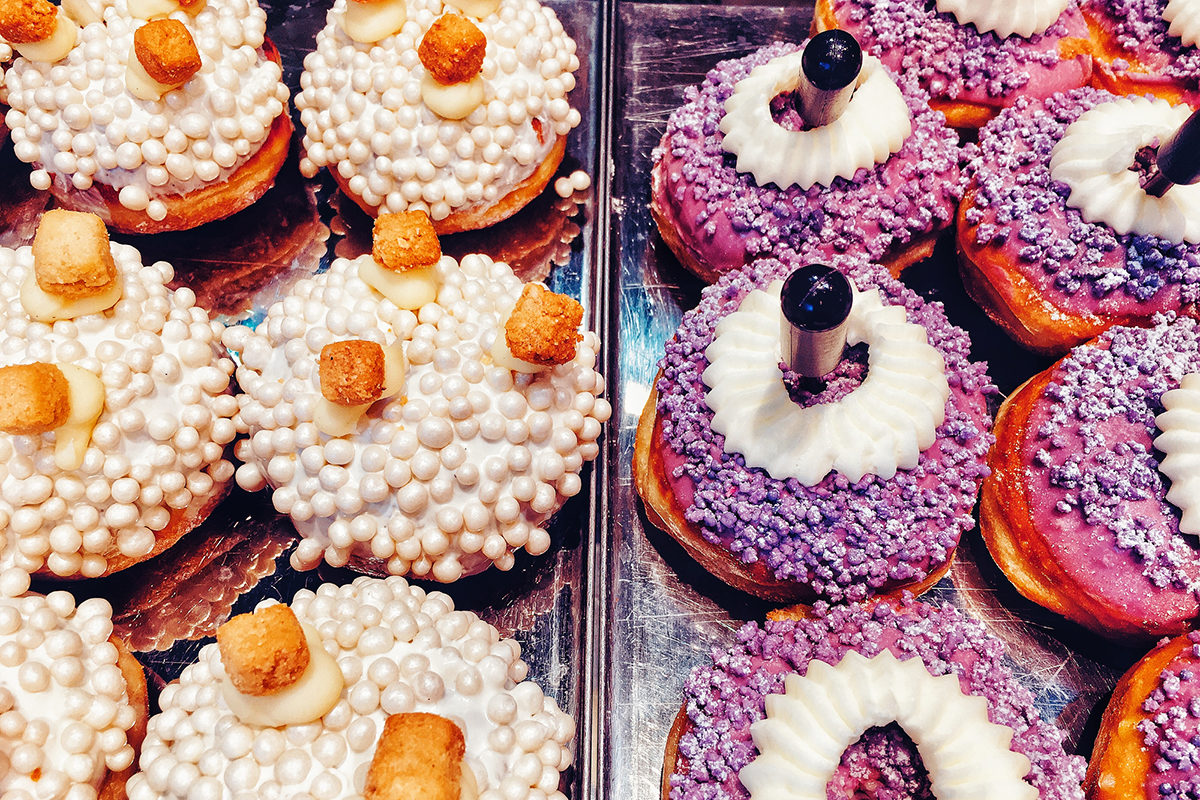 For example, some American Jews barely know what Purim is; in Israel, on the other hand, Purim is one of the most exciting days of the year. Or take brisket — this widely loved Jewish holiday staple is something I had never tried before.

I also learned about the “December dilemma,” and how this major holiday, Christmas, would fill the stores and streets with dead pine trees and blinding light shows and a never-ending pressure to buy, buy, buy. In the shadow of this giant read-and-green monster, Hanukkah in the U.S. had morphed into a commercialized spectacle that was nearly unrecognizable to me.

While many Americans may casually (and incorrectly) refer to the Festival of Lights as “the Jewish Christmas,” this is not the Hanukkah I grew up with. In Israel, without any more dominant holiday to compete with, Hanukkah shines quite bright, all by itself. Hanukkah is the holiday that kids long for, beginning with the first day of the school year, not only because it promises days off from school — yes, there’s school vacation over Hanukkah! — but because Hanukkah promises all sorts of delights, from games to music to special treats.

Here are some things that make Hanukkah in Israel oh-so-different from Hanukkah in the U.S.

This is one you may already know about  — dreidels in Israel have one different letter than dreidels in the U.S. and elsewhere. In the diaspora, dreidels have the Hebrew letters nun, gimmel, hey, and shin, representing the phrase “nes gadol haya sham” — “a great miracle happened there.” In Israel, however, dreidels have a pey instead of a shin, an acronym for the phrase “nes gadol haya po,” or, “a great miracle happened here.”

Since the miracle of the oil took place in the Holy Land, that just feels more appropriate.

Latkes may be the Hanukkah staple here in America, but in Israel, come Hanukkah, sufganiyot reign supreme.  A grocery store sufganiyah holds the same nostalgic value for Israelis as, say, a Twinkie does for American, but I like to think these Hanukkah treats are even more delicious — or, at least, way less processed. These “basic” sufganiyot have enough powdered sugar on them to make you feel like you’re in a scene from Goodfellas. They’re also almost criminally sweet and the jelly filling is hardly artisanal, but they are oh-so-yummy.

In recent years, just like doughnuts in the U.S. have gone upscale, sufganiyot morphed into decadent treat. These “new” sufganiyot are something like sugary, irresistible Frankenstein’s monster, mixing fillings like chocolate ganache, passionfruit jelly, and meringue. These beautiful, upscale creations were first popularized by the Israeli chain Roladin and they are honestly too gorgeous to resist.

School’s out for Hanukkah! Yeah! Much like “winter break” in the U.S. — which we all know is timed with Christmas — in Israel, kids are off from school over Hanukkah. However, while the kids may enjoy a vacation, parents generally have to work. (Yep, also like the U.S.) Still, offices hold many holiday Hanukkah parties, and they do usually involve the aforementioned sufganiyot, so there’s something to look forward to for everyone!

One of the biggest Hanukkah traditions in Israel are grandiose theatrical production. Once a year, just in time for Hanukkah, the country turns into a Hebrew variation of Broadway that pulls in a lot of cash and many enthralled children. It’s a hard thing to describe, but the production of Hanukkah plays and musicals is a veritable machine, preying on parents desperate to keep their kids entertained during their time off with shining lights, campy costumes, and the promise of seeing their favorite Israeli celebrity on stage (it’s a small country, after all).

I am personally happy to say I attended the Hebrew productions of The Wizard of Oz and The Sound of Music  — and the memories of both these shows fill me with delight to this day.

Aside from Hebrew language adaptations of American musicals, there is the Festigal, perhaps the biggest musical production of them all. This themed musical contest of sorts began in 1981 and is still going very, very strong: it pits the biggest Israeli stars against each other in musical numbers. In fact, Gal Gadot once participated in this show — that’s right, the Wonder Woman actress played a dancing mermaid during her Festigal stint and it was truly iconic. Watch it here.

From the famous “Sevivon, Sov, Sov, Sov” to “Ba’anu Chosech Legaresh” (rough translation, “We Came to Chase Away the Darkness) to “Hannukiah Li Yesh” (“I have a menorah”), Israeli Hanukkah songs are fun and infectious. Listen to an excellent classic medley below:

When I said Hanukkah shines bright in Israel, I meant it quite literally. Much like Christmas decorations in the U.S., Israeli municipalities put on light displays, and all across the country, you see candles flickering in windows. And I’m not talking about a random window here or there. It’s not a window here or there. Especially in religious communities like Bnei Brak and certain neighborhoods of Jerusalem, the display of shimmering candles is a sight to behold.