This Is the Perfect Jewish Romance Pick-Me-Up 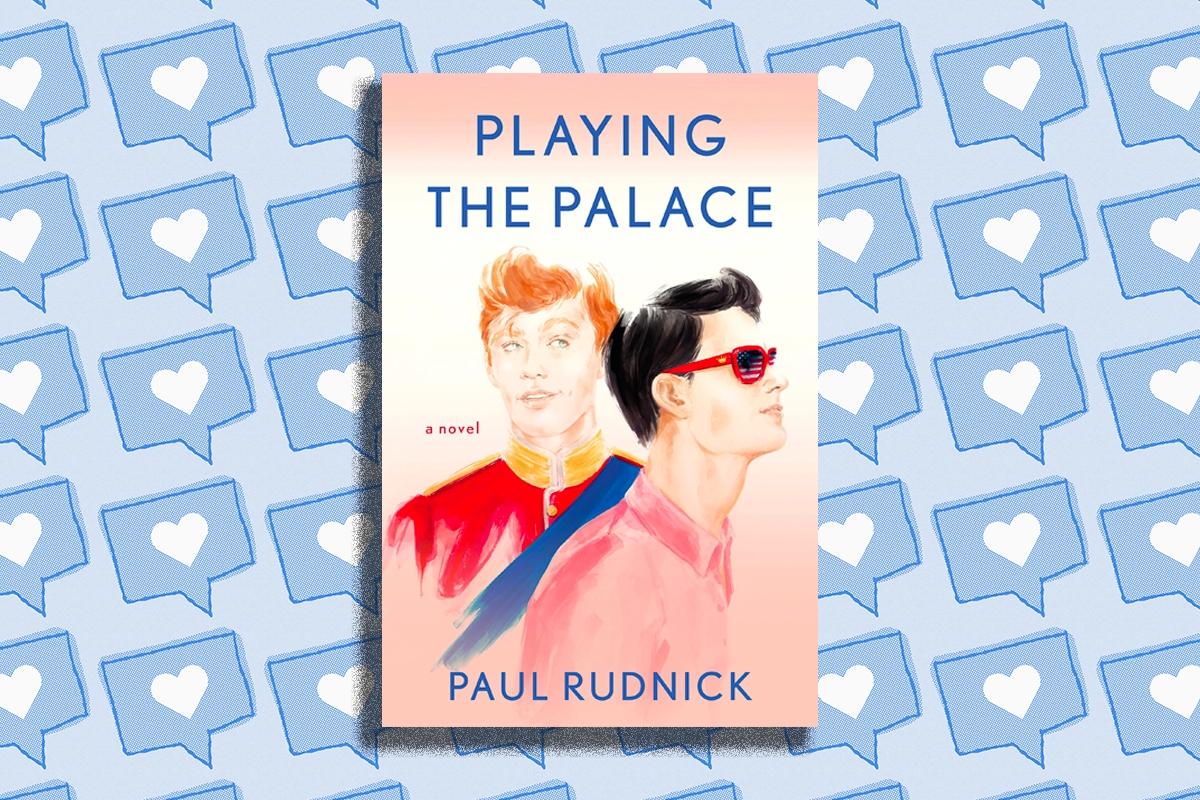 If you told me this time last year that a Valentine’s Day romance between a nice Jewish boy from Piscataway, New Jersey and the prince of England would be the thing that made me believe in love, I would laugh in your face but also, be like, wait, what?!?! Please say more!!!

So yes, my friends, I am here to share the good word about the good book “Playing the Palace” by Paul Rudnick. Yes, the plot sounds like a lot, but crack it open and you will soon realize it is utter, ridiculous genius.

Carter Ogden, a true NJB, is an associate event planner. On Valentine’s Day before work, Carter goes to St. Patrick’s church (“Even though I’m Jewish and St. Patrick has troubled history with New York’s LGBTQ community,” Carter explains, he loves the church because “it’s silly and theatrical” just like him. Also let’s face it, enjoying beautiful churches can be a pretty Jewish pastime). There, he prays to God for love and meaning and to be more like his idol, Supreme Court Justice Ruth Bader Ginsburg (Carter often talks to RBG in this book, which honestly, don’t we all? Though perhaps not about the chiseled chests of crown princes).

He then goes to an event in the U.N. where he meets, you guessed it, the prince of England, Edgar. And so begins their whirlwind romance, which features dates at a New Jersey synagogue, lots of processed American food (as any good book should!) and a trip to England where Edgar and Carter engage in “British Bake Off” related shenanigans (I shan’t ruin anything, but I will just say that there is trifle).

When I first started reading this book, I just couldn’t handle it. The chutzpah of it all. This book is brave. It’s not that the premise is any more far-fetched than the prince of England falling in love with a divorced older actress and moving to LA and leaving the royal family, but this book — it’s just extra and then some.

“I am so shaken by this book,” I wrote on the company Slack to all those who could hear me. “They go to IHOP. On. A date.”

When put in any other hands, the premise might seem cringey or cheesy, but Paul Rudnick is an accomplished screenwriter who wrote “In & Out,” “Jefferey,” “Addams Family Values” and “Sister Act.” He’s also an accomplished humorist, and every other page of this book is laugh-out-loud funny.

A day later I wrote in the same Slack thread: “I just want to update that now I think I’m in love with this book and may soon propose to it.” (I’m happily married otherwise I might have.)

I do not want to spoil too much of this book, because you deserve to feel the first-hand wonderment and irrepressible hilarity yourself, but I must share some Jewish details because it is so, so Jewish. More specifically, very New Jersey, secular-ish Jewish — just like Rudnick himself. As Carter tells Edgar when he asks his family if they’re observant: “I’d say we have a chatty relationship with God and appreciate a good buffet.”

On their second date, Carter takes Edgar to his sister’s Jewish wedding because he knew that “there’d be enough kvelling to make God complain about the racket” (Edgar’s chief of staff then defines kvelling as “a Yiddish word describing extreme and vocal good wishes. As when your grandmother [that’s the fictional queen of England, yes] greets her corgis”).

There’s a moment when Carter’s Great Aunt Miriam, another amazing character, says that Edgar not being Jewish “is sad but it’s like having poor posture or a ketchup stain on your shirt — we’ll pretend not to notice.” She later teaches the queen of England the word “tsuris” and also sneaks napkin-wrapped dinner rolls into her designer handbag (it’s the way of our people!).

It’s hard not to compare this book to another, very different book about a romance with an English prince that came out around the same time — the bestselling “Red, White and Royal Blue” — but aside from that general premise of an English prince falling in love with an American, and the fact that the covers have more or less the same color scheme, these books could not be more different.

In “Playing the Palace” there is no major angst of secret longing, of being in the closet or having to hide your love from the world. Edgar is out, the first publicly gay prince, and his and Carter’s relationship isn’t a secret. Yes, the book touches on the struggle of what it means to be a super high profile gay public figure — the responsibility and the criticism — but it’s mostly about the regular angst of trying to figure out how to be a human in a relationship. And the romance in this book? It’s totally dreamy and also very real.

Ultimately, Edgar and Carter have a lot of people on their side — well, aside from Edgar’s brother and sister-in-law, who are also kind of competitive with Edgar *insert face with monocle emoji here*. And they — yes, I feel OK spoiling a happily ever after, because hey, this is a romance novel — figure it out.

“Playing the Palace” is so full of Jewish and queer love and joy (and a lot of secondhand embarrassment) and I loved the experience of reading this book. I laughed out loud, I yelled at my electronic reading app, I was enthralled and happily distracted from my pandemic woes. It’s better than a box of chocolate or a stack of cinnamon raisin pancakes (well, maybe just as good) — the perfect pick-me-up.