This Israeli Politician, 54, Had a Baby via Surrogate — and I Think That's Awesome – Kveller
Skip to Content Skip to Footer

This Israeli Politician, 54, Had a Baby via Surrogate — and I Think That’s Awesome 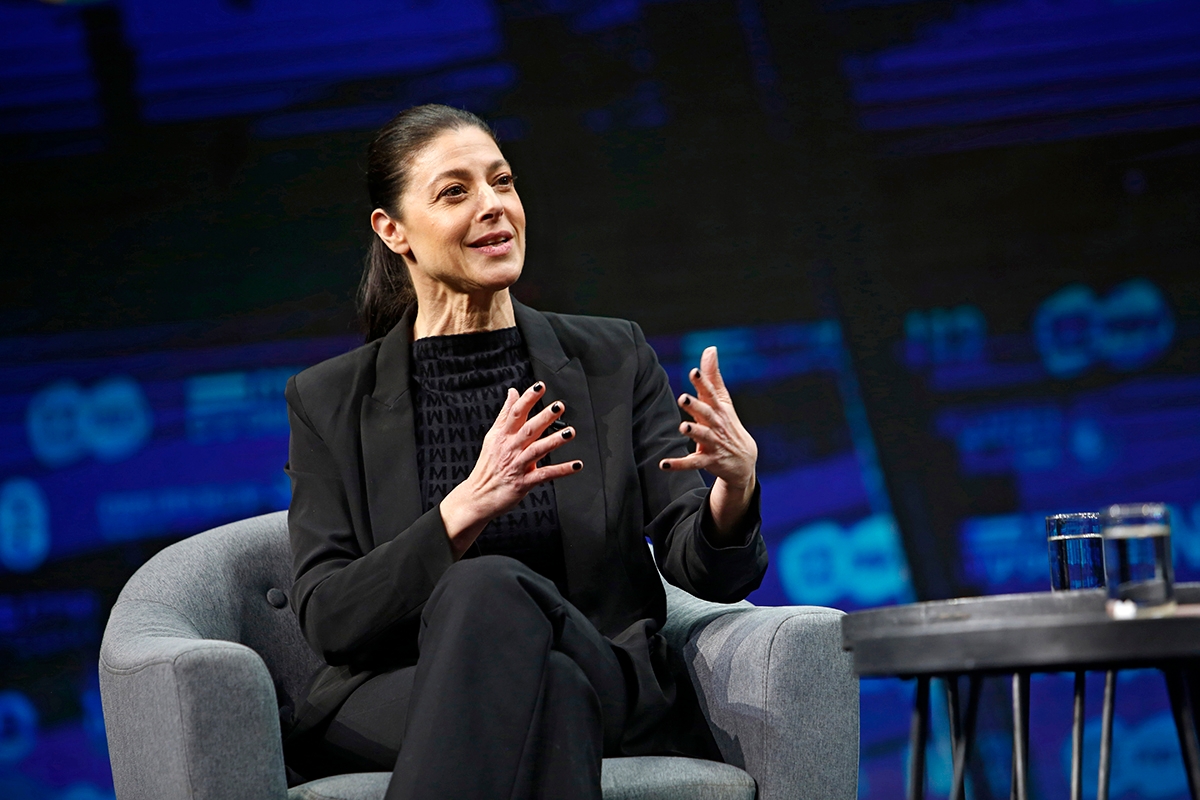 I am so happy for Israeli Labor Party leader and member of Knesset Merav Michaeli, who announced on Facebook last month that she and her husband welcomed a son, Uri, who was born via surrogacy.

“The first time Lior said to me, let’s have a baby, I thought it was a punchline,” Michaeli, 54, wrote in a Facebook post about her partner, comedian and late-show host Lior Schleien, 43. “We’re talking about me — and it’s known that I had no intention of having children.”

Michaeli, who is also Israel’s Minister of Transport and Safety, went on to say that, for a long time, she thought Schelein’s desire to have kids “would pass” — especially because their life was wonderful. “But as time went on, I understood how much he wanted it, and I looked at him and I loved him. And I chose to live with him and I chose to go on this journey with him,” she wrote.

As someone who has been through on a harrowing fertility journey herself — nine rounds of IVF with 10 doctors, suffering four miscarriages over three years, in both Israel and America — to finally become pregnant with our daughter, I am thrilled that Michaeli is shedding light on the difficult journey of fertility treatment, in general — and surrogacy (when another woman carries a child for the intended parents), in particular.

“It was a journey filled with many trials,” Michaeli wrote on Facebook, about undergoing fertility treatment herself before pursuing surrogacy. “I’m glad I went through this journey, I now know  personally what it means and what it entails and what needs to work differently in the fertility treatment system, but we’ll talk about that another day.”

But many people in Israel — especially self-described feminists — were upset by the MK’s announcement. “You’re such a hypocrite,” several of the 2,000 commenters wrote.

“It would be nice if you could explain how you went from a justice warrior against surrogacy, to someone who does surrogacy herself,” another wrote. “I guess when it comes to you and your needs, you can bend your ethics and morals.”

Many were upset because Michaeli, a staunch advocate of women’s rights — she speaks using only the feminine in Hebrew to make a point — had previously been a vocal advocate against surrogacy. “I see it as something very, very problematic, a type of trafficking/commercialization of women’s bodies, that’s carried out with a joy that’s unacceptable to me,” she said in 2013.

Michaeli is, of course, not the first feminist to vocally oppose surrogacy. I learned this firsthand in January of 2020, when I went with Resolve: The National Infertility Association to Albany to lobby the New York state government to make compensated surrogacy legal in New York. (At the time, New York was only one of two states to outlaw the practice.)

The bill had failed the first time due to vocal opposition by old-school feminists, specifically Gloria Steinem, who wrote a letter to then-Governor Andrew Cuomo saying that legalizing surrogacy would put “disenfranchised women at the financial and emotional mercy of wealthier and more privileged individuals” and allow “profiteering from body invasion.”

“I realized her version of surrogacy was reminiscent of the dystopian ‘The Handmaid’s Tale,’” wrote Andrea Syrtash, in a piece titled  “Gloria Steinem Prevented Me From Having A Baby In New York.” Syrtash’s Orthodox Jewish cousin, Elana, had volunteered to be her surrogate, after many years of fertility struggles. “I wish Steinem had substantiated this claim with evidence and facts,” Syrtash wrote on Pregnantish, the infertility website she founded, noting that surrogates in the U.S. undergo extensive screening (to prove psychological and financial security, among other things) in states that permit gestational surrogacy.

Unlike Syrtash, I never used a surrogate. But I knew that could have been the next step in my own journey, if my fifth pregnancy hadn’t become our daughter. Plus, I knew many people who had used a surrogate to have biological families — including gay men, like Bravo TV personality Andy Cohen, who also came to Albany to help legalize compensated surrogacy.

That trip, though, was the first time I met any actual surrogates. I spent the two-and-a-half hour journey to Albany talking to three surrogates and was surprised by their commitment and sense of passion for helping people achieve genetic families. “No one could do this just for the money,” one of the surrogates told me. “Think about it — you were pregnant.”

I nodded in agreement. After all, pregnancy takes a difficult toll on a woman’s body over the course of 10 months, not something $30,000 or $40,000 (aside from expenses) could easily make up for.

“I love being pregnant and I love helping other people have their families,” she told me, noting that she used the money to get her Master’s degree in nursing.

I’m glad I made that trip to Albany — our lobbying efforts helped pass the Child-Parent Security Act in New York, making surrogacy legal. It also includes a “Bill of Rights” for surrogates, ensuring them independent counsel, the right to make all health decisions during pregnancy and the ability to walk away any time before they become pregnant.

I’m also thankful the trip helped dispel any images I had of surrogates as women who were taken advantage of — or worse, like those on TV, where women were locked up in sweatshops in foreign countries, forced to be pregnant. (Surrogacy has recently been made illegal for foreigners in countries like Thailand and India.) While surrogacy is legal in Israel, due to the complex laws of who can be a surrogate — there are fewer than 100 surrogacy births a year there — many Israelis come to America to hire a surrogate. Michaeli was one of them.

Look, it’s not easy to change your mind – especially publicly. Trust me, as someone who has shared her infertility journey in a very prominent way — I wrote the Fertility Diary column for the New York Times’ Motherlode blog for three years — I encountered so many misconceptions about infertility, IVF and everything related to reproductive rights.

Readers were not shy in offering their opinions that I was too old, too privileged (actually, I went to Israel for IVF treatment because I could no longer afford it in New York) or that I should “just adopt.” (Which, believe me, is no easy feat. I have a friend with four failed adoptions who has now turned to surrogacy).

This is why I am so happy Michaeli is bringing these issues to light. My guess is that a combination of wanting to have a baby, undergoing failed fertility treatment, learning more about compensated surrogacy in the U.S. and finally meeting a “wonderful surrogate who wanted to help someone in our situation and help support her own amazing family,” as she wrote on Facebook — helped the MK change her mind about surrogacy.

I only hope that others will now change their minds, too.