This Japanese Practice Gave Me a New Appreciation For Jewish Rituals 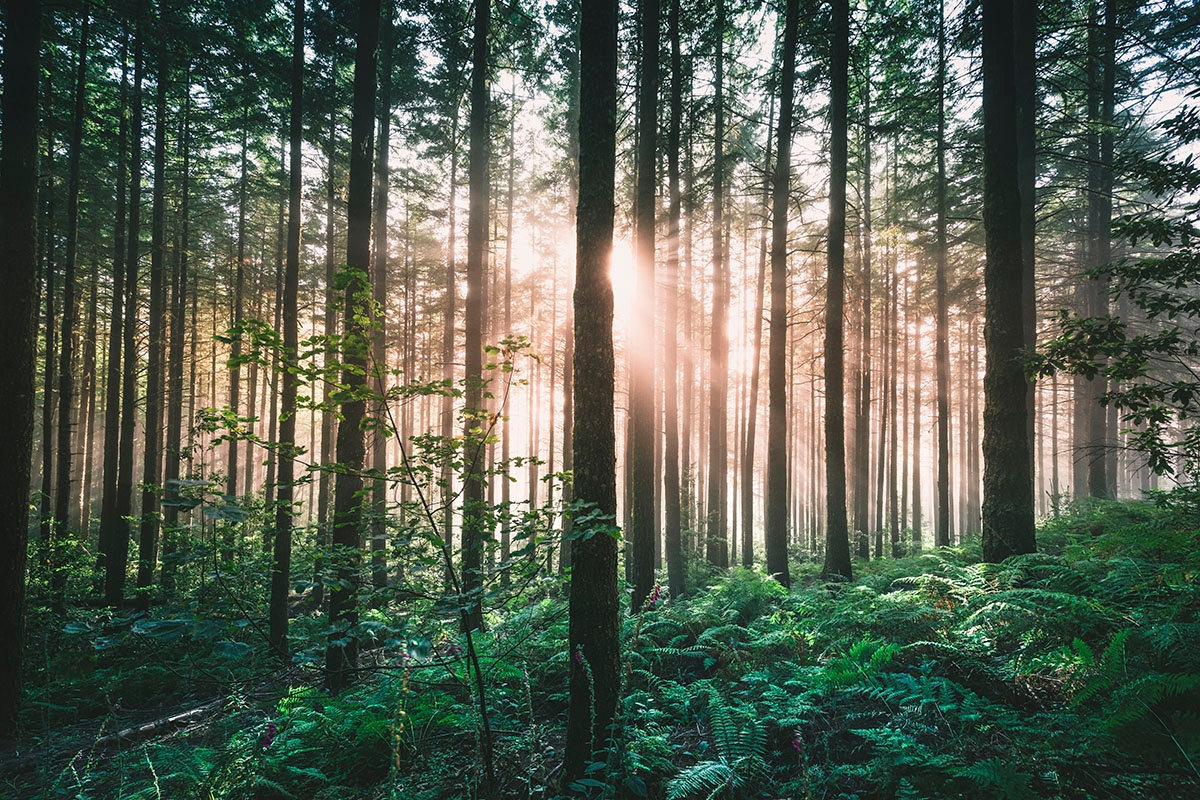 Meditation, yoga, massages, delicious meals… Several weeks ago, I was feeling truly relaxed for the first time I could remember as I enjoyed a brief getaway with my friend at a beautiful spa resort. Our final morning, I looked over the day’s schedule of activities. The list of things to do after lunch, not long before we’d be heading home, included something I hadn’t experienced before: forest bathing.

I’d recently read about forest bathing, including a New York Times article from a few years ago noting how “‘[f]orest bathing,’ or immersing yourself in nature, is being embraced by doctors and others as a way to combat stress and improve health.” But to be honest, I was skeptical, thinking it was just another new trend. If I’m going to be in a forest, shouldn’t I go on a hike and get some exercise? And if I’m going to be doing some form of mindfulness meditation, why do I need to be in a forest? But as I sat at the resort and looked at the schedule, I thought to myself: I’m on vacation and I’ve had so much fun opening myself up to new experiences. Why not give forest bathing a try?

I met up with the guide and two other participants. Before we set off, our guide gave a brief summary of the history of forest bathing. He shared how it originated in Japan in the early 1980s, when many Japanese people moved from rural areas to cities to work in technology. Large numbers of people were spending much more time inside, and as a result they were experiencing more stress and illness, particularly autoimmune diseases. In an effort to increase the health of the population by encouraging people to spend more time outside, shinrin-yoku, which literally means “forest bathing,” was introduced. In short, shinrin-yoku is about connecting with the natural world through our five senses. As Rahawa Haile described it in The Atlantic: “Forest bathing was Japan’s medically sanctioned method of unplugging before there were smartphones to unplug from.”

Having a greater insight into the purpose and effects of forest bathing, my skepticism began to turn to curiosity. As we stood on the edge of the forest, ready for our experience to begin, our guide instructed us to walk slowly and quietly — acknowledging that that might not be what we’re used to. Then we set off.

Our first stop was a few hundred feet into the forest. The guide told us to close our eyes — noting that when you close off one sense, your other senses work harder. We all stood silently, taking in the smells and sounds of the forest. Rather than just passing through much of the forest, with a goal of getting to a certain place, as when hiking, I found myself appreciating the forest itself, taking the time to cherish the sounds and smells.

After we had a chance to share our experiences, we followed our guide deeper into the forest. He instructed us to each find our own place, where we’d spend the next half hour or so. Wandering off alone, I settled on a spot by a tree surrounded by all types of fungi and berries. I sat down and marveled at the nature around me, taking several minutes to explore a single mushroom or berry, closing my eyes to take in the multitude of smells and to focus on the sounds, and just looking – not for anything in particular, but simply watching whatever came into my range of vision. Things that were common and often seem mundane in my daily life (birds, squirrels, deer — all of which I see regularly in my suburban backyard) seemed remarkable, and struck me with a sense of awe; I was seeing them from a different perspective, almost as if for the first time, and appreciating their grandeur as part of Creation.

After about a half hour, we slowly came back together. Then it was off to the tea ceremony. I was surprised, when the four of us arrived at our destination, to see five cups of tea. Our guide explained that one cup was for Mother Nature, and then he took the fifth cup and spilled the tea onto the ground. I smelled the minty aroma of my tea and warmed my hands with the cup before taking a sip and enjoying its rich flavor.

On our walk back, I thought about my newfound appreciation for forest bathing. I had indulged all five of my senses in a way that not only made me feel calm and fully present, but that also made me feel more connected to the natural world.

But the most surprising effect of my forest bathing experience, one I never could have anticipated, is how it has enhanced my Jewish practice.

Just like in forest bathing, in Judaism we are often encouraged to use our different senses. For example, on Rosh Hashanah, we’re commanded to hear the sound of the shofar. On Friday nights, as we welcome Shabbat, we can smell the challah and taste the wine or grape juice. And there’s Havdalah, the ceremony that’s traditionally recited at the end of Shabbat, when we use spices, a braided candle and wine or grape juice, engaging all five senses at once. After experiencing forest bathing, I realized that I could be getting so much more out of Havdalah. Rather than just quickly sniffing the spices, for example, I now breathe them in deeply and take that extra moment to truly notice and treasure what I’m smelling.

Just as we closed our eyes at the first forest bathing stop so that our other senses could be more in tune with what was going on around us, many of us, when we recite the Shema (which means “hear”), close our eyes. But since forest bathing, simply closing my eyes during the Shema and hearing myself say the prayer is no longer enough. Now when I close my eyes to recite the Shema, I’m more in tune to all of the sounds around me — whether it be the voices of others reciting the prayer alongside me or my dogs playing in the background, all wondrous sounds that can so easily go unnoticed.

And when I arrived at our tea ceremony and saw an extra cup, I immediately thought “Elijah! Miriam!” It’s traditional to set an extra cup with wine for the prophet Elijah — and many of us set out another cup with water for Miriam — at our Passover seders. We feel the presence of and honor these important Biblical figures who aren’t physically with us. Similarly, after forest bathing, we honored Mother Nature, without whom the forest wouldn’t exist. Next Passover as we open the door for Elijah and pour water into Miriam’s Cup at my seder, I’ll also think of Mother Nature (or, in my understanding, the natural world that God created), without whom, among other things, we wouldn’t have the foods on our seder plate, not to mention our health and well-being.

Judaism teaches us to have a sense of awe — of wonder and appreciation — towards God’s creations. As Rabbi Abraham Joshua Heschel put it, “Awe enables us to perceive in the world intimations of the divine, to sense in small things the beginning of infinite significance, to sense the ultimate in the common and the simple; to feel in the rush of the passing the stillness of the eternal.” I felt that true sense of awe while forest bathing, and I plan to bring it with me, especially into Shabbat. On Shabbat, we’re supposed to appreciate God’s Creation, rather than make changes to God’s Creation. When we finished our forest bathing, I felt like I had just experienced a mini, beautiful Shabbat — refraining from any sense of creation myself, while marveling at the world around me.

I am so grateful to those in Japan who developed the beautiful tradition of shinrin-yoku. I have learned from them, and the wisdom I gained from my short time in the forest continues to infuse my Jewish practice with greater depth and meaning.