This Jewish Mama Just Won a Grammy and We’re Kvelling 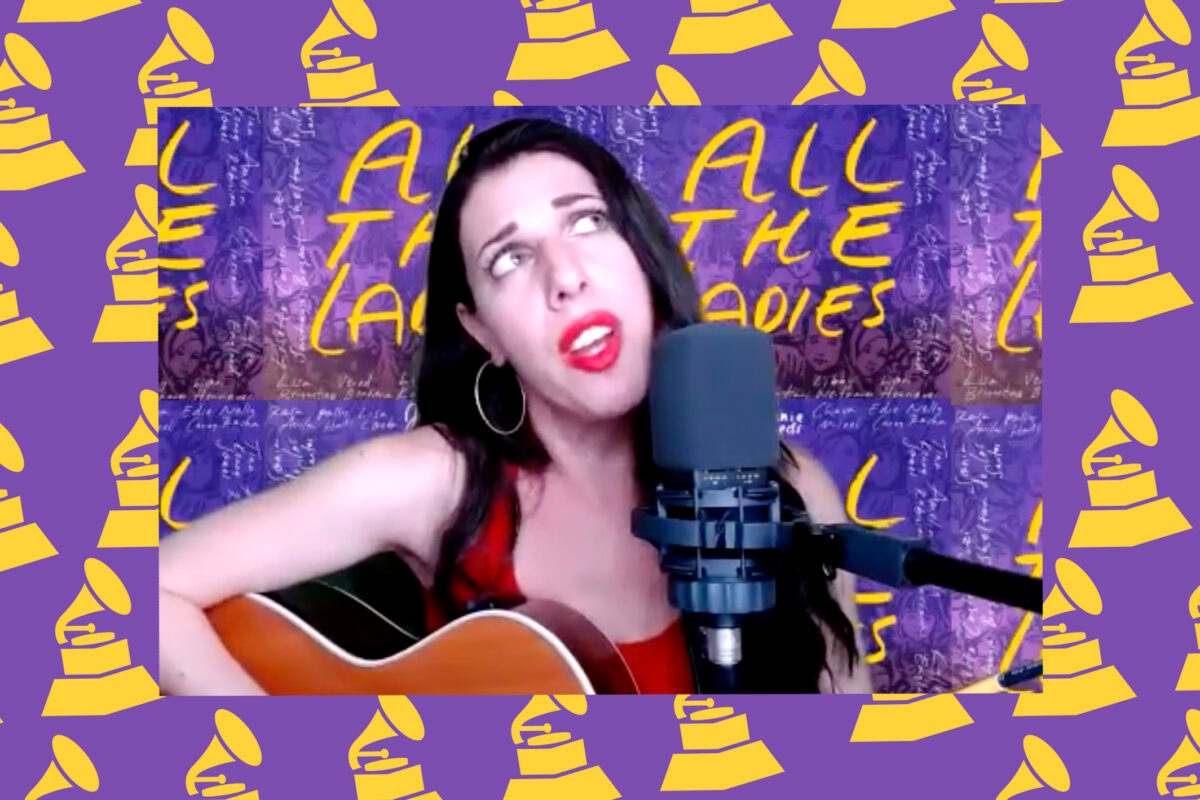 Sadly, Haim — the amazing pop-rock band consisting of three Jewish sisters — got royally snubbed at the Grammys this past Sunday. But there is a silver lining, as two incredible Jewish women did manage to snag the coveted music award: Tiffany Haddish, who, movingly, is the first black woman since 1978 to win best comedy album, and Joanie Leeds, a marvelous Jewish musician who won the award for best children’s album for her super feminist album “All of the Ladies.”

Honestly, we couldn’t think of a children’s album more deserving of this honor. We’ve covered the moving and wondrous “All Of the Ladies” here at Kveller before — it features many amazing Jewish collaborators, like Lisa Loeb and Chava Mirel; beautiful songs about feminism and motherhood; and a catchy, moving ode to a universally beloved Jewish icon, Ruth Bader-Ginsburg.

“While all of the songs [in the album] embody the themes of empowerment, lifting each other up, and breaking glass ceilings, I couldn’t make an album about gender equality without honoring Ruth Bader Ginsburg with her own song,” Leeds told Kveller this past October. “To me, she is the biggest champion for equality and has been fighting her entire life.”

In her Grammy acceptance speech, Leeds mentioned how moving it was to receive that award on the evening before what would’ve been RBG’s birthday, March 15. She thanked the 20 incredible women that she worked on the album with — and like any loving mama, she thanked her daughter, too.

Incredibly, just three days after her momentous win, we were honored to have Leeds perform a concert for us via Zoom as part of the wonderful Eliana Light & Friends series, hosted on Kveller by the talented Eliana Light. These two incredible Jewish women delighted us with 30 minutes of moving, empowering children’s music that may or may not have made the adults in the house shed a tear or two (guilty as charged!).

Leeds performed three songs from her  Grammy award-winning album, including “Lioness,” an emotional ode to motherhood; “If Girls Ruled the World,” about how great it would be to live in a matriarchy; and, of course, “RBG.”

She wrapped her set up with a gorgeous Passover song since the holiday is coming up very soon — starting on the evening of Saturday, March 27. With a Zoom background of the parting of the Red Sea, Leeds passionately sang a version of “Mi Chamocha” (inspired by the spiritual “Wade in the Water”) from her album of Jewish music, “Meshugana.”

You can watch the entire, delightful performance below:

Mazel tov to Leeds on her well-deserved win!

Sign up to join us for the next Eliana & Friends performance, which are held biweekly on Wednesdays at 4 PM Eastern.