This Jewish Teen With Autism Is Educating Others About Neurodiversity 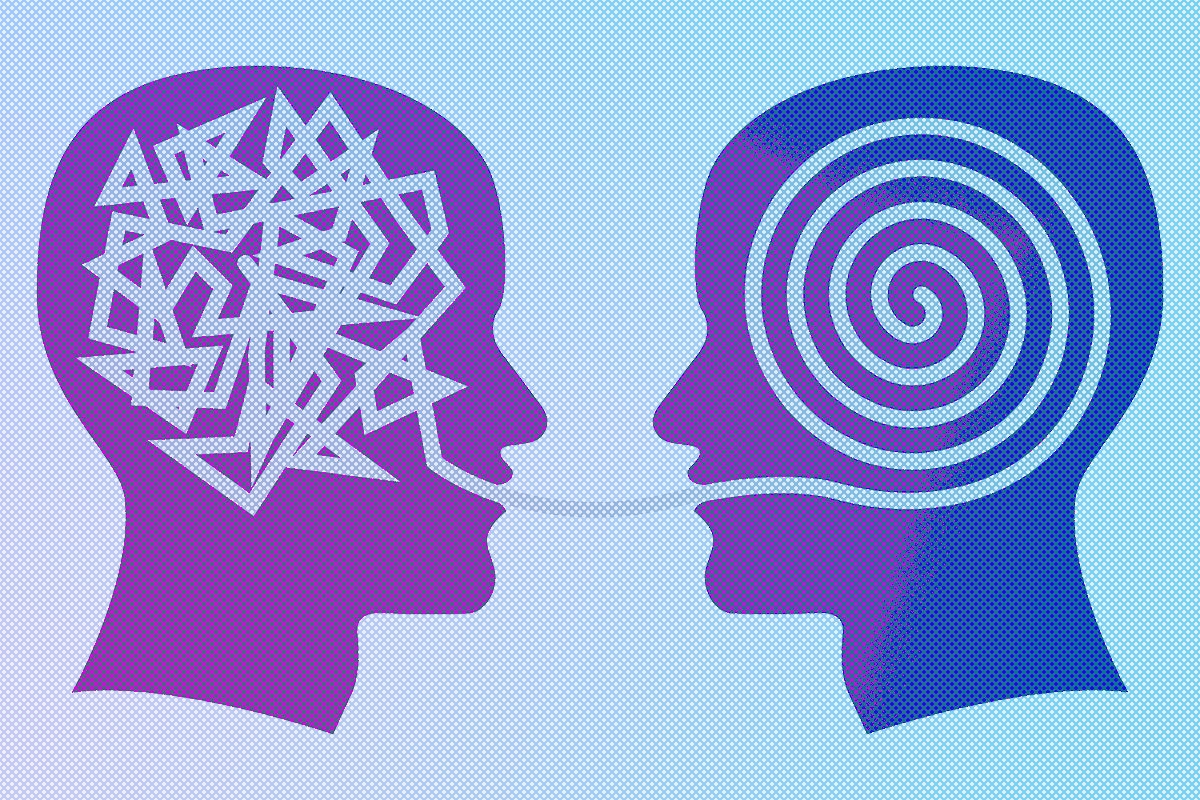 These days, individuals with autism are increasingly represented in all aspects of public life, from the incredible climate activist Greta Thunberg to Kayla Cromer, an actress with autism who plays a character with autism in the new TV comedy, Everything Is Gonna Be Okay.

Despite these strides, however, there’s still a lot that most neurotypical individuals don’t understand about living with autism.

For Ethan Hirschberg, 18, living with autism isn’t always easy. The teen from Carlsbad, California was bullied for his stuttering and his stimming, which is repetitive self-stimulatory behavior that many individuals with autism engage in (for Hirschberg, they include walking back and forth and moving his eyes in specific patterns). He struggles with so many things that neurotypical people take for granted, like processing emotions, acquiring social skills, and deciphering non-verbal communication.

But Hirschberg, who was diagnosed with high-functioning autism when he was 2, decided to channel his frustration into something positive. He started a blog, The Journey Through Autism, which aims to help others understand the way he and other neurodiverse kids see the world.

“With the lack of autism awareness in our world today, I needed to make a change,” Hirschberg says. “Many people with autism have a hard time communicating their thoughts and emotions. As someone on the spectrum that can do that, I felt obligated to do this as I hoped to be able to speak for others who cannot speak for themselves.”

Hirschberg has a particular talent for expressing his thoughts and emotions. In his blog, he communicates in honest and clean language what it means to live with autism, and, at the same time, he makes it clear that the experiences he shares are his own.

Some of the blogs are personal, such as how he deals with understanding friendship, and how he processes emotions like depression. But the blog also contains advice for professionals working with people with autism — including teachers, speech pathologists, and, of course, parents of autistic children.

When I was two, I was diagnosed with High Functioning Autism. I'm not going to be writing an essay, but to say the least, it's been a huge challenge. I used to go to multiple therapies for hundreds of hours a month. I used to think to myself, “why me?” When I was in seventh grade, I was taught the creator vs victim theory. With my Autism, I had to make a choice: continue to mope around and feel like a victim, or create the life that I wanted to live. So in March 2017, I started my blog, www.thejourneythroughautism.com and it was the best decision I ever made. I chose to be a creator. By blogging, I am able to share my personal experiences, insight, and advice to individuals on the spectrum, parents, caregivers, educators, and providers. So today, help me along with the hundreds of thousands of people affected by Autism celebrate World Autism Awareness Day. “Autism isn’t a disability, it's a different ability” – Stuart Duncan"

A post shared by The Journey Through Autism (@thejourneythroughautism) on Apr 2, 2019 at 10:25am PDT

Hirschberg’s advice is sensitive and smart. His post about parents is especially moving, as he starts it with empathy for the helplessness and the frustration parents sometimes feel, “because you feel like everything that you try either doesn’t work or backfires on you.”

But for Hirschberg, who is also an entrepreneur, the blog was just a starting point: The teen started speaking about his experience at schools, organizations, conferences and even for his senator, Diane Feinstein.

“I appreciate learning of your efforts to raise awareness about autism. I am proud to commend you on your efforts to better the lives of others. Your passion and dedication to the autism community are truly inspirational,” she wrote about Hirshberg’s efforts.

Hirschberg says his favorite thing about public speaking is “that I’m able to answer questions, deepen my connections, and relate my own experiences to other people around me.”

For his incredibly important advocacy work for those on the autism spectrum, Hirschberg was recently awarded a Diller Teen Tikkun Olam Award.

“With this recognition, I am being told that what I do matters in this world, that I am making a difference,” Hirshberg wrote in a blog post about getting the award.

“Eliminating stigmas against autism and special needs in general along with bringing more (much needed) awareness is the overarching goal,” he says. Those stigmas include things people say when they find out someone is autistic, including, “You don’t look autistic;” “Everyone with autism are geniuses;” or even, he says, “Everyone with autism belongs in a mental hospital.”

“My goal is to educate, advocate, and inspire individuals in the neurodiverse and neurotypical communities alike,” Hirschberg says.