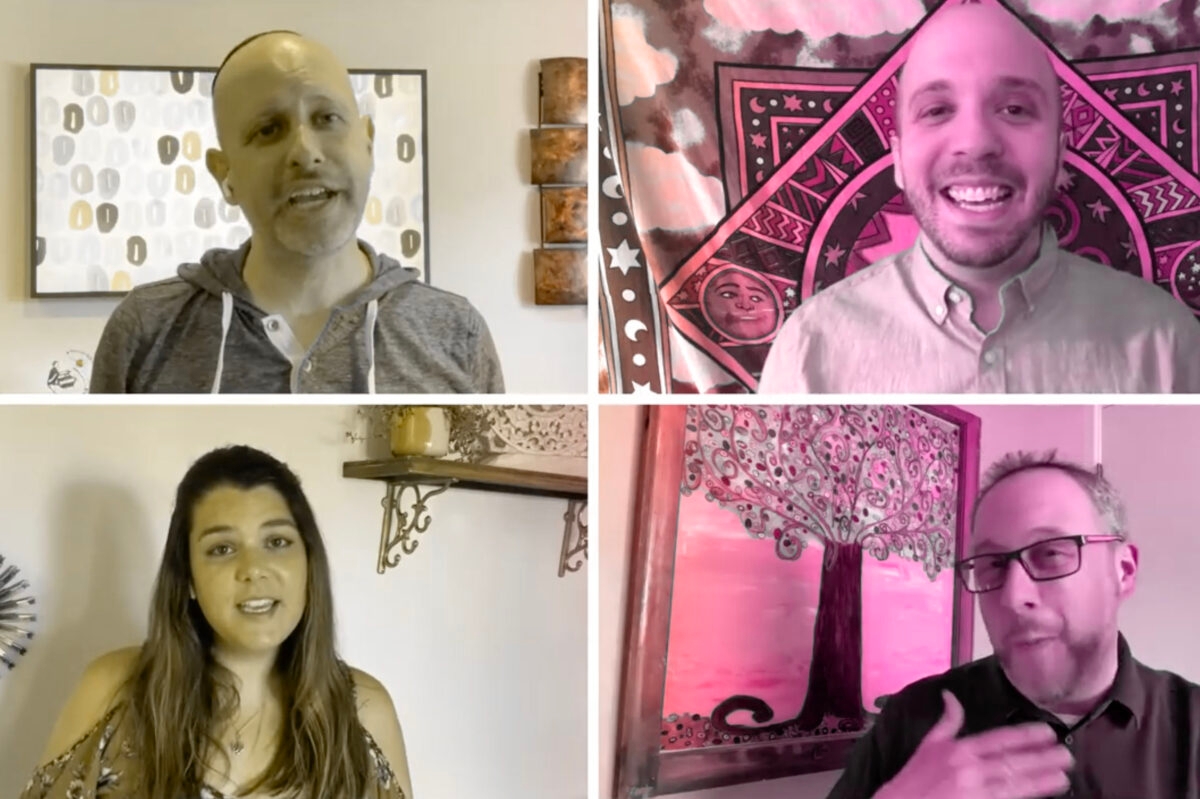 It’s been over two decades since singer and songwriter Mosh Ben-Ari wrote the song “Salaam” — the Arabic word for peace, for his band Sheva, in 1997.  The song’s lyrics are simple, and powerful: od yavo shalom aleinu, ve’al kulam — “peace will come upon us, and on everyone.” But while the song has become a rallying cry for peace — not so much has changed when it comes to the peace it was hoping to celebrate and help usher in between Israel and the Arab world.

But this August, the United Arab Emirates became the third Arab country (Egypt in 1979 and Jordan in 1993) to normalize relations with Israel, with the signing of the historic “Abraham Accord.” Which means, it’s the perfect time to belt a celebratory “salaam!”

Luckily, Chicago-based a cappella group Listen Up! has just released a delightful new celebratory (and socially distant!) video of the song. It’s a medley with Bill Withers’ “Lean On Me” — the beautiful 1972 song that is all about friendship and camaraderie, which reminds us, that, especially in these difficult times — we all need somebody to lean on.

These two heartfelt songs just work so well together. We could all use a little more peace right now — and this lovely cover is a great way to stop and show gratitude for the peace we do have.