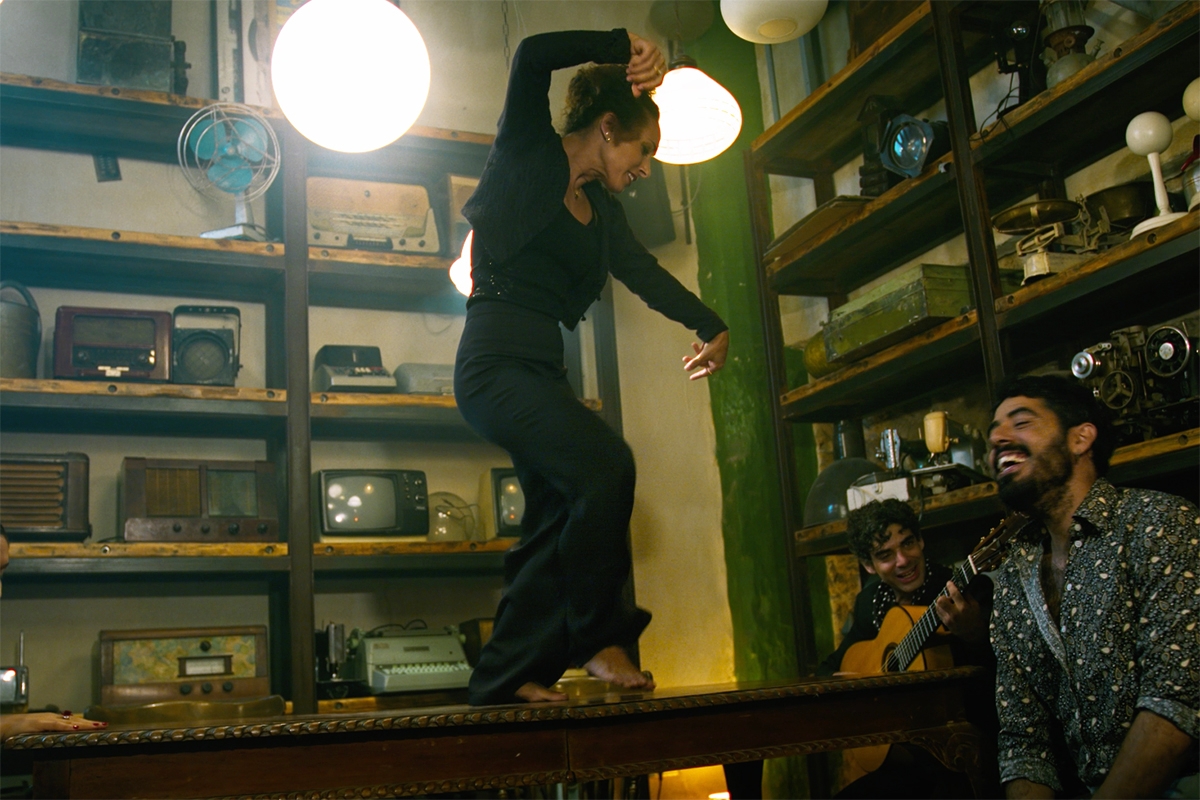 Musician, writer and Ladino activist Sarah Aroeste just released a new, incredible history-making album Hanukkah album. “Hanuká” is the first all-Ladino Hanukkah album, and when you say Ladino and Hanukkah, you can’t help but think of “Ocho Kandelikas” — an iconic song that translates to “eight candles.”

The Hanukkah song, which was written in 1983 by Bosnian-born Ladino musician Flory Jagoda, has been covered by a myriad of celebrities and aspiring musicians alike, from Idina Menzel (who is herself a Sephardi Jew) and Pink Martini to the Jewish children’s performers The Macaroons. But when it came time for Aroeste to record her album, she almost omitted it from the song list.

“When I envisioned putting together a Sephardic Hanukkah album,” Aroeste tells me over e-mail, “I thought I would never include the great Flory Jagoda’s ‘Ocho Kandelikas,’ because it had already been done a million times. I wasn’t sure there was anything I could add to it.”

But after collaborating with Yehuda “Shuky” Shveiky, an Israeli singer and guitarist who specializes in flamenco, on her previous album, “Monastir,” Aroeste suddenly found inspiration and a way to make a cover that really stands out: “I knew I wanted to try giving ‘Ocho Kandelikas’ an Andalusian flare. The song has never been recorded in a true flamenco style before (according to Jagoda’s family) and I was excited by the chance to highlight the song’s Spanish roots.”

The result is an absolutely unique cover of the classic song — one full of rhythm, passion and fiery flamenco beats. And this Sunday, Aroeste released a video of the song — filmed in the grungy and delightful Cuckoo’s Nest bar in Old Jaffa, with shelves full of vintage TV sets and radios. The vintage vibe works so well with this cover that honors the Andalusian roots of Sephardic Jews.

The video features a dance preformed by Adi Akiva, choreographed by director Michael Ben Lior. Joining Akiva is Michal’s daughter, Selma Bachar Ben Lior, and Yuval Cohen — the sister of the young boy who appeared in a video for Aroeste’s song “Espinelo,” which was also a collaboration with Shveiky.

They dance together and fool around, with one of the kids untying the adults’ shoelaces under the table. “We wanted to create an atmosphere that just gives joy and shows the love and messiness of a big family,” Aroeste explains.

There was another important reason for Aroeste to revisit this song: her idol Flory Jagoda. “It was important for me to find a way to pay homage to her as she was such an influence on me as a Ladino singer and songwriter,” Aroeste says.

In the beginning of the video, Aroeste places a picture of Jagoda, a Holocaust survivor and incredible Ladino musician and activist, on a mantle by a red menorah. Aroeste wanted to “put Flory front and center,” which is why the video starts and ends by showing a photo of the late Jagoda.

The result is a lovely, joyful and reverent video — honoring the history of Sephardic Jews and of Ladino music.

This cover and video are nothing like anything you’ve put on your Hanukkah playlist, and that’s why it obviously belongs there.