This New Yiddish Music Video Is a Delight 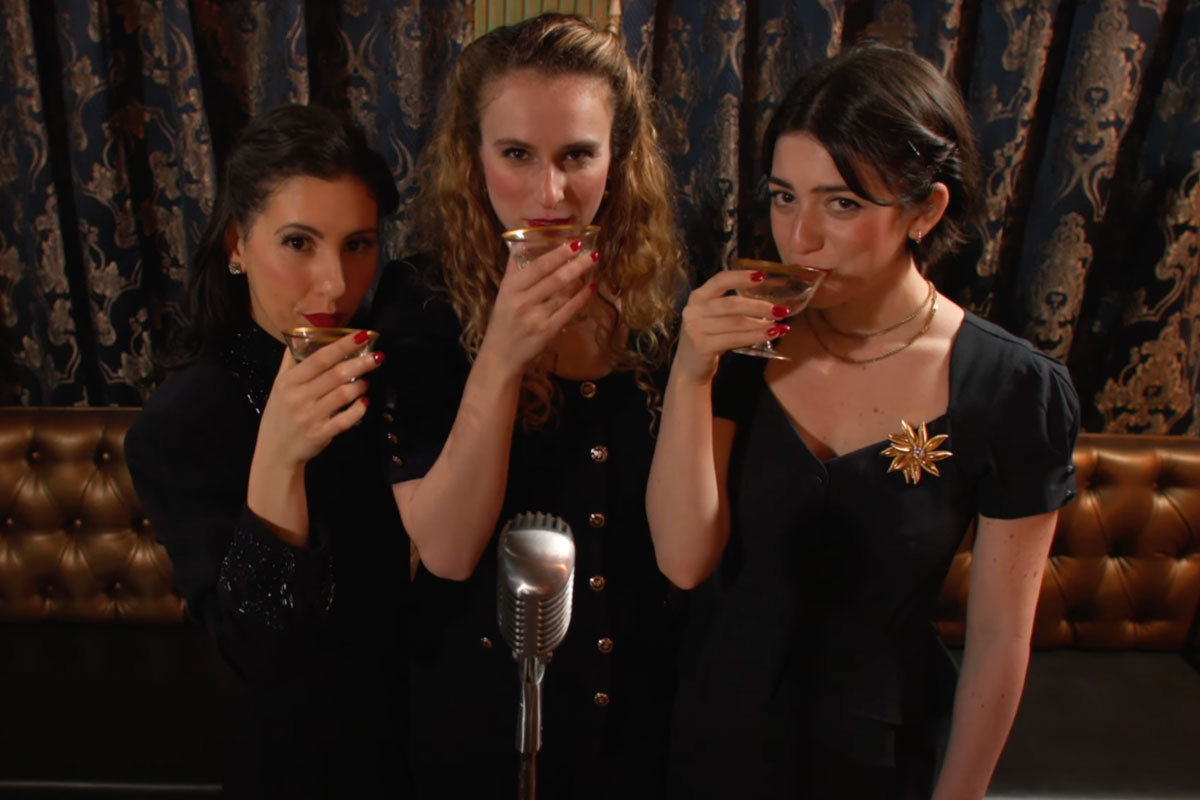 There’s a new Yiddish trio in town! Their name is The Mamales, and they just premiered a new and incredibly delightful video for a catchy cover of the Yiddish classic “Abi Gezunt.” The video was filmed entirely in New York City, and sees the three professional singers go from frumpy clown-like frolicking (and rollerblading!) in the park to seductive singing in their evening wear at a local bar.

“When I heard the Barry Sister’s cover of ‘Abi Gezunt,’ my first thought was how hot is this?! I think a lot of Jewish people my age associate Yiddish with their grandparents, but it is so sexy,” Maya Jacobson, one of the members of the trio, tells Kveller over e-mail.

The Mamales are not the first all-female group to try to make Yiddish sexy again. Israeli duo Vibers have filmed two incredibly seductive technicolor videos to Yiddish classics — “Bei Mir Bitsu Shein” and “Chiribim Chiribom.” After watching these three videos, I can safely say that the sultry Yiddish revival is happening, and it is glorious.

The Mamales formed over the summer of 2021. Its three members, Jacobson, 25, Jodi Snyder, 28, and Raquel Nobile, 30, all met at the 2018 Yiddish Folksbiene production of “Fiddler on the Roof” in New York City. Jacobson tells me they bonded over “a shared love for golden age music, Yiddish, dad jokes and pickles.” Sounds like all our favorite things.

“Our name, The Mamales, is a tribute to Yiddish theater icon Molly Picon,” Jacobson explains. “She performed in theater, radio, TV and film, and also was an amazing lyricist. She actually wrote the lyrics to ‘Abi Gezunt,’ which was featured in the movie ‘Mamele.’ We gave it an American twist by changing the ‘e’ to an ‘a.'”

The band is hoping to cover more Yiddish classics in the future, but also to connect with Jewish composers to create new original Yiddish music. Their dream is to perform at synagogues and Jewish events around the world.

For Jacobson, wanting to sing in Yiddish is deeply personal. The daughter of a cantor, she grew up with a lot of Jewish music — but most of it was in Hebrew. Her grandfather and great-grandmother, who are Holocaust survivors, both spoke Yiddish, and while she grew up with a hum of melodies and sayings in the old Jewish tongue, she never immersed herself in it until her experiences with Folksbiene. It was then that she realized how vital the language was to her.

“I began to understand that Yiddish has a weight to it. It is the language of survivors and of the more than six million who did not survive. It is a language of resilience and triumph against all odds,” the singer explains.

“When I sing in Yiddish,” Jacobson says, “I know that the sounds I make are the sounds my family also made, in moments of great happiness and unfathomable anguish. There is no greater way to honor them than to sing in their native tongue.”