This Powerful Medieval Jewish Mother Is Finally Being Honored in England 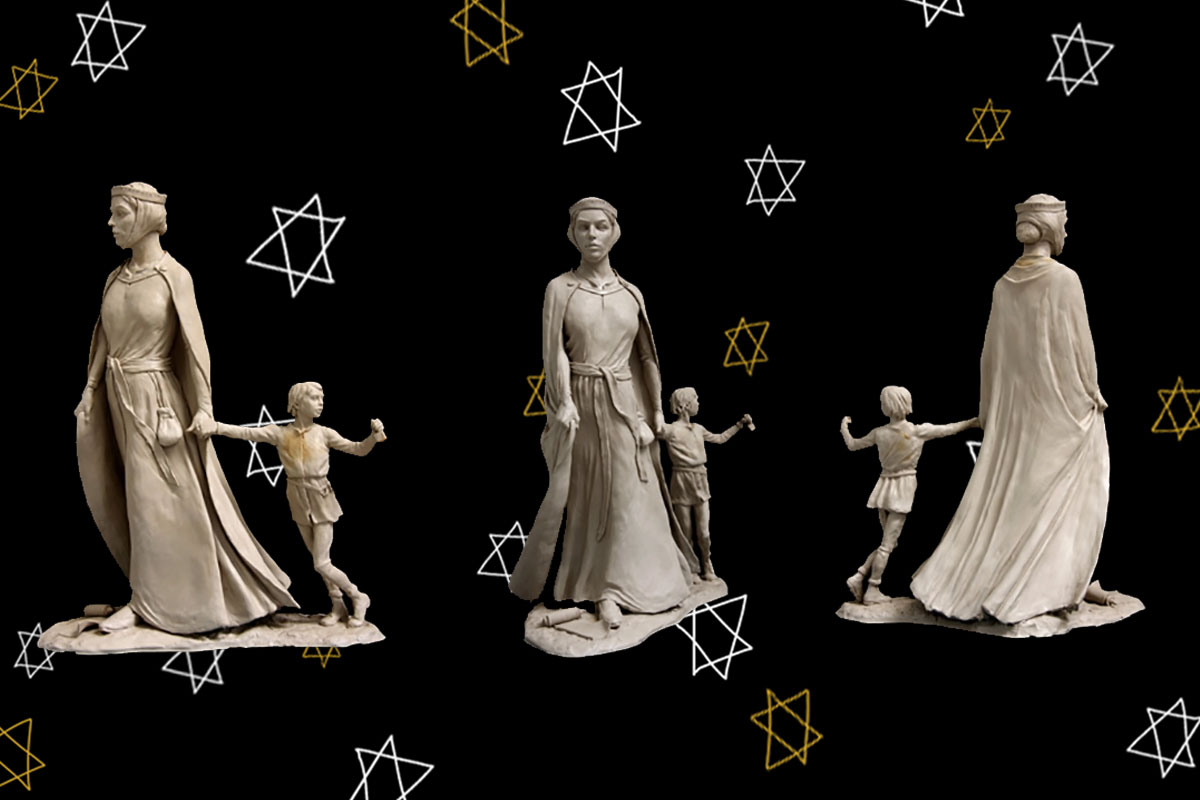 On February 10, Prince Charles will unveil a bronze statue of Licoricia of Winchester, one of the most influential women in medieval England, near her home in the town’s 13th century Jewish quarter. Renowned artist Ian Rank-Broadley modeled the figures of Licoricia and her son after his own Jewish daughter and grandson. The inscription, in both English and Hebrew, quotes Leviticus: “Love thy neighbor as yourself.”

It’s been over 700 years since King Edward I signed the Edict of Expulsion in 1290, forcing Jewish residents of England back into France, Spain, Portugal and North Africa, where many had migrated from only two centuries earlier in search of economic opportunities.

Much of England’s Jewish history was lost, but we know about at least one remarkable woman who lived in those increasingly oppressive years leading up to the expulsion.

As a young widow (twice over) and mother of four boys, Licoricia took over her late husband’s thriving business with a new baby, Asher, in tow. Though she was probably in her 30s at most, she never married again. Instead, she raised her sons alone and maneuvered a complicated, dangerous moneylending operation — one of the few professions open to Jewish people.

At the time, Jews lived in a strange limbo. They were not considered citizens or subjects in the feudal system, but direct property of the King. As such, he could confiscate assets and money on a whim, outside any existing law. Jews were also required to wear a piece of cloth shaped like the Ten Commandments, subjected to heavy taxes and were limited to certain jobs and living spaces. The well-off, like Licoricia, could pay to avoid wearing the badge.

Unfortunately, her wealth was a double-edged sword.

When her second husband, David, died, Licoricia was imprisoned while a large chunk of his estate was seized to finance construction at Westminster Abbey. It wasn’t the first time King Henry had used her husband’s money, either; David had also contributed nearly half the money required for Henry’s sister to marry the King of Scotland.

But Henry had come through for them before, too. Scandalously, David was already married when he met Licoricia. A bet din (rabbinical court) denied his request for a divorce. King Henry intervened and granted the separation. Whether he did this as a friendly favor or a shrewd political move to undermine Jewish autonomy is unclear. (Perhaps both?)

Licoricia had already taken over her first husband’s financial affairs and she did the same when David died. Her clients included royals, nobles, landowners and high-ranking church officials. Those relationships enabled her to advocate for the community on many occasions. She was so successful that her sons referred to themselves as “Son of Licoricia” rather than of their father. They did pretty well for themselves, too. Her son Benedict became the only Jewish guildsman in England.

Whatever protections she’d managed to secure died with King Henry, though. When King Edward I took the throne in 1272, things got steadily worse for Licoricia and the entire Jewish community at large. Restrictions and attacks, though always a threat, increased.

In 1277 Licoricia and her maid were found murdered in their home. The perpetrator had stolen approximately £10,000, an astounding sum for the time. Three men were charged but later acquitted. Her sons fought to bring a new case, to no avail. The family’s influence was fading.

A year after her death, Benedict was accused of “coin clipping” and found guilty alongside 300 other Jewish men. All were executed and their assets seized.

In 1287 Asher was imprisoned as well. He wrote in Hebrew on the wall of Winchester Castle: “On Friday, eve of the Sabbath in which the portion Emor is read, all the Jews of the land of the isle were imprisoned. I, Asher, inscribed this.”

A few years later, Asher and the rest of Licoricia’s living children and grandchildren were forced to leave England for good.

Now their legacy will live on through Winchester’s new memorial. The Licoricia Project hopes the statue will serve “to educate the public about Winchester’s medieval Jewish community, its role in society and its royal connections, and to promote religious tolerance and understanding.” It will be a testament to Licoricia, her family and the rest of the once-bustling community that disappeared from Jewry Street. And a reminder of the amazing impact of one powerful Jewish mother.