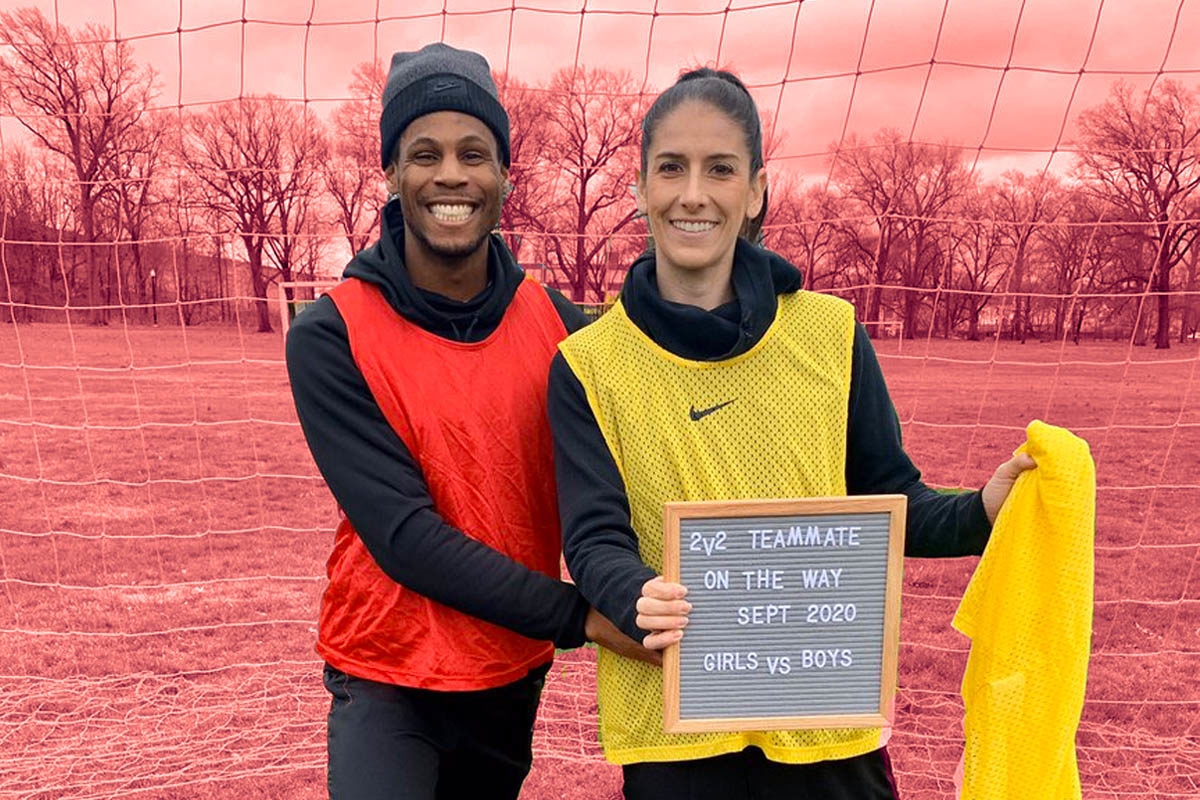 We all need some good news right now, so here goes: U.S. soccer star Yael Averbuch shared on social media she is expecting her first child with husband, Aaron West. She announced the news with a very cute tweet (and Instagram), posing with Aaron and their dog:

Averbuch, 33, played for the U.S. Women’s National Team between 2007 and 2013, in a total of 26 games. She grew up in a Jewish family in Montclair, New Jersey, playing club soccer. Her mom is a very relatable Jewish mom:

My mom just yelled from the other room: “Beckham’s part Jewish!!!!!!” 😂😂 thanks for the update, mom

In 2007, she was honored at the National Jewish Sports Hall of Fame and Museum. (Yes, such a thing exists!).

She played soccer for University of North Caroline at Chapel Hill, helping lead the team to victory in the NCAA Women’s College Cup in 2006 and 2008. Super fun fact: She scored the fasted goal in women’s collegiate soccer histor! It took Averbuch 4 seconds to score:

Professionally, she played for six different clubs in the U.S., and two internationally. Ahead of the 2019 season, she announced she was suspending her playing career, but she remains active in the fight for equal pay. In 2019, Averbuch was named executive director of the National Women’s Soccer League Players Association (NWSPLA), an association she helped form in 2017.  The NWSPLA represents the players who aren’t on the national team, advocating for them.

Averbuch married West in 2019 in a Jewish ceremony in Chapel Hill, North Carolina:

don’t mind me, just reliving the best day of my life over and over again [📸: @michellerojasphotography]