What the First and Only Jewish Miss America, Bess Myerson, Means to My Family – Kveller
Skip to Content Skip to Footer

What the First and Only Jewish Miss America, Bess Myerson, Means to My Family 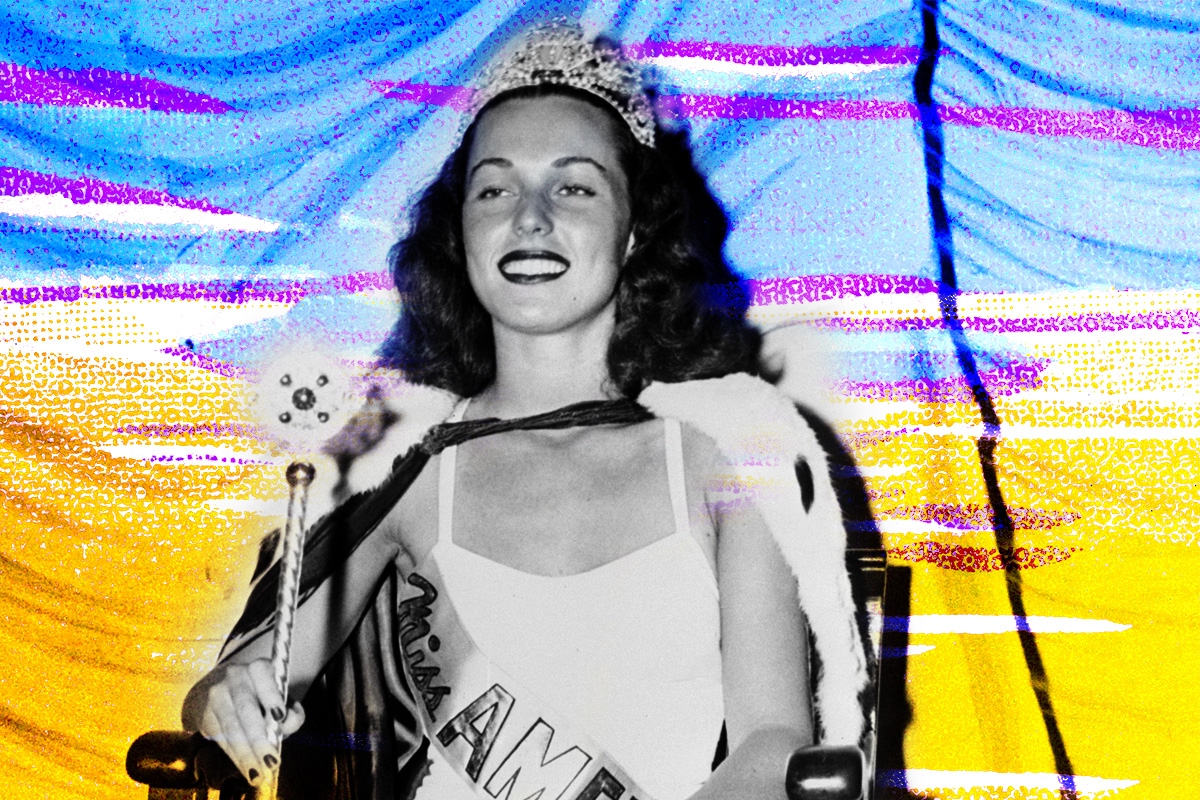 How does a girl from a progressive, Jewish family rebel in 2007?

She enters a beauty pageant.

Our daughter, Ari, sat down at the dinner table one evening and announced that she would like to enter a beauty pageant. I laughed, thinking it was a joke. My husband, who was never at a loss for words, simply stared at her with brows knit together. Then, regaining his composure, he asked, “Why?”

Ari’s friend Allie told her that she had become much more confident by doing pageants and thought they could help Ari, too.

Mark, who was a psychology professor, told her that pageants would have the opposite effect. He began citing scholarly studies that linked participation in beauty pageants to body dissatisfaction, poor self-esteem and even eating disorders.

I had to concur. “For 15 years, we’ve taught you the importance of developing your mind — both critically and creatively — and the value of caring for others. This just isn’t you.”

“You don’t know what is and what is not me! Only I know that!” Ari then teared up and said, “You don’t think I’m pretty enough?”

Mark stood up and walked around to her side of the table. He knelt beside her. “You are so beautiful — inside and out. But here you are, already in tears, and the pageant hasn’t even begun.”

I asked Ari to email me the information and we’d see. Mark’s furrowed brow told me he didn’t like my response.

Later, I told him that I thought we should let her do the pageant. “There’s no swimsuit competition in the National American Miss pageant, but the girls do have to think on their feet in response to the judges’ questions. There’s public speaking in front of a large audience. And… I don’t know… we’re always telling her to say ‘yes’ to opportunities.”

“This isn’t the kind of opportunity I had in mind.”

The following morning, we spoke with Ari again, trying to understand her motivation behind entering this pageant.

“It’s not that complicated. It’s something fun I can do with Allie. I’ll get to wear a ball gown. And most importantly, I’ll have to do a lot of public speaking, which terrifies me, which is why I have to do it.”

I could see Mark softening, but he wasn’t quite there yet. He took a deep breath and slowly let it out. He then launched into a history lesson about the Miss America Pageant that surprised us both.

The year was 1945. World War II had barely ended when the new Miss America was crowned. The pageant had a long history of exclusion, and even had a formalized rule book that stated “Contestants must be of good health and of the white race.” It was known as Rule Number Seven. On the biographical page of the application, contestants were required to list their ancestral family history.

Enter Bess Myerson. Bess, the daughter of Russian Jewish immigrants, was a bright, beautiful and immensely talented classical pianist. She had graduated with honors from Hunter College in 1945, earning a bachelor’s degree in music.

Bess Myerson was entered into the Miss New York competition — without her knowledge — by a previous employer. Initially, she was angry and refused to do it; however, her sister, Sylvia, convinced her to compete so she could show off her polished piano skills to a wider audience.

Shockingly, Bess won the Miss New York title, which meant she would move on to the Miss America Pageant.

This was a strange time in the United States. The actual ceremony would take place only six days after the official end of World War II, when the atrocities of the Nazis’ horrors against the European Jews had come to light. How amazing that a simple matter of geography could so profoundly change a young woman’s destiny.

Mark’s mother, Alice, and her friends were so excited by the mere thought that a Jewish girl could possibly be a Miss America.

While Bess, for many, stood as a beacon of hope for a more accepting world, her presence also made it clear that antisemitism was not just a Nazi Germany sentiment. Judges for the pageant received death threats for even allowing a Jew to compete for the national crown. As a result, pageant officials pressured Bess to change her name to something “less Jewish-sounding,” like Beth Merrick. While technically permitted to compete under Rule Seven, some felt she had found a loophole and should not have been allowed to enter. Bess refused to cower and stood proud of her Jewish heritage.

On September 8, 1945, Bess Myerson was crowned Miss America. Alice and her friends threw themselves a champagne party and toasted Bess.

Although the victory brought joy to some, it angered others. Three out of the five corporate pageant sponsors, including Henry Ford and Catalina Sportswear, dropped out because they refused to have Bess represent their products or companies as a Jewess. Bess received hateful and threatening letters while on her year-long tour as Miss America, and was banned in some hotels, restaurants and country clubs, especially in the south.

Last year marked the 100-year anniversary of the Miss America Pageant; to date, Bess is the only Jewish woman ever to be crowned.

“Generally speaking, we Jews don’t do pageants and now you know why,” Mark concluded.

“Dad, that was more than 60 years ago, and I don’t think you know the religion of every pageant girl in the world. I bet Israeli pageant girls are mostly Jewish.”

“Honestly, Dad, your story just makes me want to do it even more. If Bess could do it back then, I can do it today. And I’ll do it as a Jewish girl — just like she did!”

We decided to let her do it.

Ari smiled and said, “Dad you’ll get to participate, too.”

“What does that mean?”

“You get to escort me on stage, so you’ll need to rent a tux.”

Mark put aside his discomfort and dove into Ari’s new world, doing more than just donning a tuxedo. He took her shopping for a dress, pretended to be a judge and asked her practice questions, and learned the guitar accompaniment to the song she wrote and sang on stage.

Ari didn’t win that year; however, she’d be a first runner-up the following year.

Sometimes, it’s hard to separate our history and experiences from the ones that are developing in our children. We want to protect them in ways they don’t necessarily need.

And then there’s those catastrophic blows we can’t ward off because we never see them coming.

Mark died of gallbladder cancer in 2008 when Ari was only 16.

Two years later, Ari would be crowned National American Miss Teen California. I didn’t have to tell her how proud her dad would be, and it wasn’t because she won a pageant but because she’d had the confidence to chart her own path.

When Ari was on that stage, adorned in crown and sash, with tears in her eyes, she looked up and mouthed something. Later, I asked what she had said. 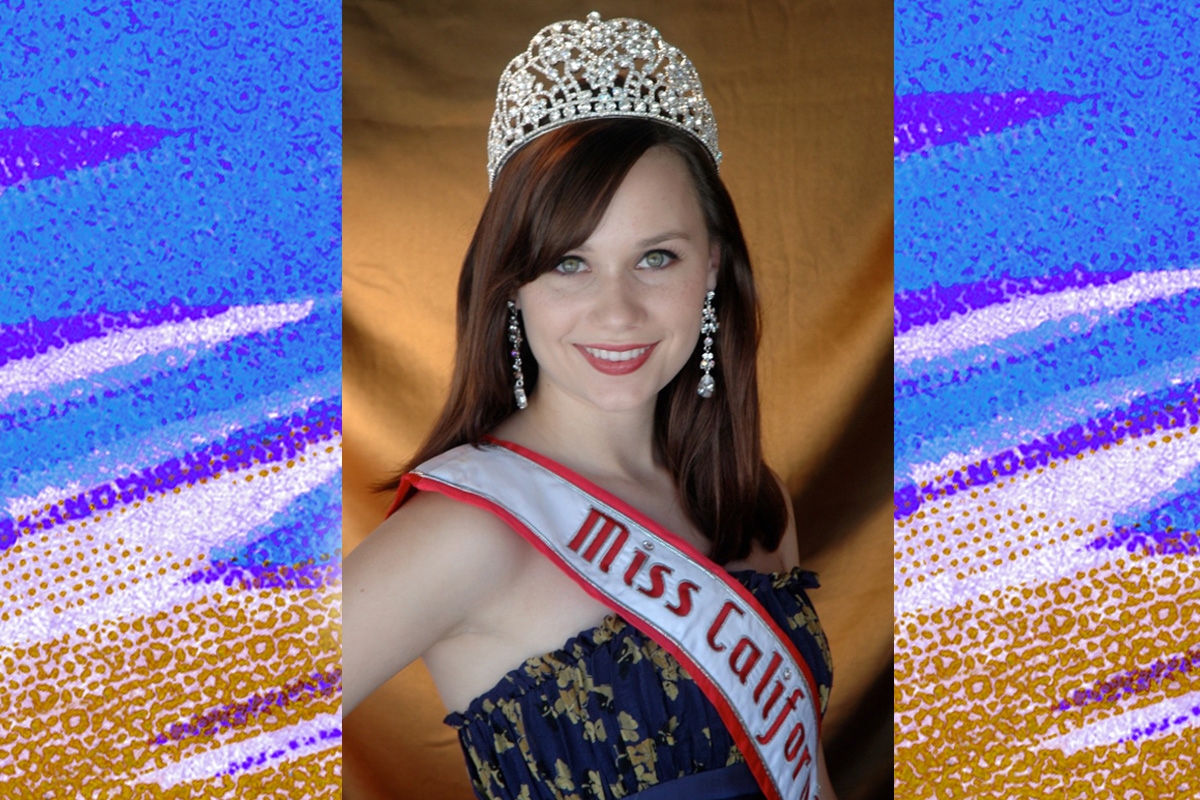 Ari and her National American Miss Teen California crown, courtesy of the author