Keeping Kosher Helped Me Heal From an Eating Disorder 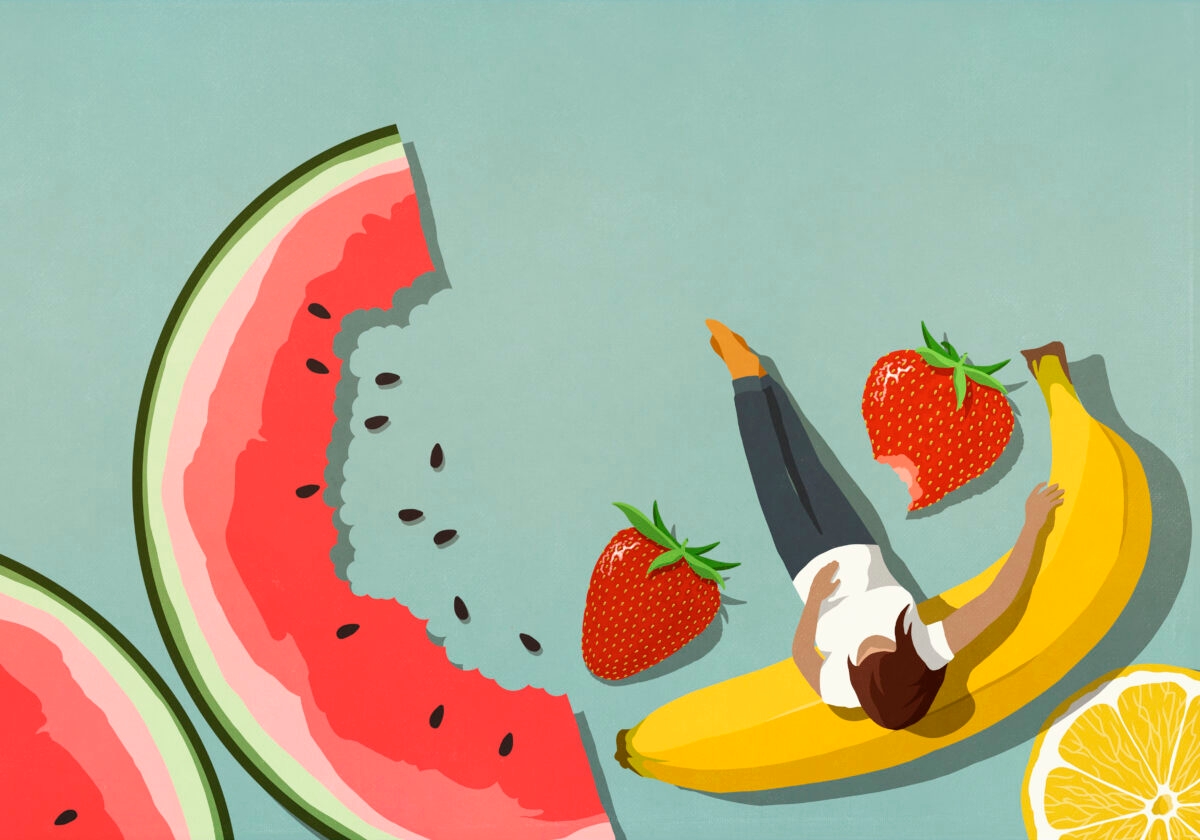 It’s hard for me to remember precisely when I stopped eating.

I think it was around the time my friends started getting asked to dances. They were just so pretty, you see. And funny. And confident. They were allowed to wear makeup, I wasn’t. They had naturally straight hair — hair they could let air dry. I still haven’t figured out how to coax cuteness from my curls. They played adorable instruments in the band, like flutes and clarinets. I chose the tuba. They had finished with their orthodontics years ago; I remained in braces until my senior year.

At some point, recognizing that I could not will a boy into like-liking me, that my straight A’s were not crushworthy, I figured I could at least be skinny. Couldn’t fix my face, could fix my body. And I was right, I could be very skinny.  For years I capped my daily caloric intake at 800 calories — mostly consumed at dinner, so my parents wouldn’t suspect anything. I started running, I stopped menstruating and I shrunk. I grew to hate my body, to loathe any part that could be squished. I still didn’t get asked to prom. I cried a lot.

I feared college, feared that the “Freshman 15” would somehow find me. I worked out multiple times a day and I ate cottage cheese and lettuce for nearly every meal. I joined a sorority, hoping some coolness would transfer to me. It didn’t; I remained the smart friend (with the OK body but unfortunate face, if you asked me). I kept studying; it felt less lonely when my mind was busy. Four years later I had nailed the LSATs, gotten accepted to many T-14 law schools and nearly destroyed my body. Instead of going to law school, I went to treatment.

All that is to say, I am no stranger to eating disorders. I have slowly healed from anorexia, bulimia and body dysmorphia, although the latter continues to nip at my heels.

Years after I left the treatment facility, I started dating my now-husband, a gorgeous mensch of a man whose lips had never touched bacon.

I was not raised Jewish. Before I knew my husband, I knew nothing of the laws of kashrut. I knew I liked challah rolls, and that was the extent of it. As we fell in love, I immersed myself in Jewish learning. My husband and I went on many dates to many restaurants, and I asked many questions about what he would or would not eat.  The more I learned about keeping kosher, the more I found myself wondering, “How does this make any logical sense? What do you mean, fish doesn’t count? Oh, but not those fish? Really? We can all recognize the difference between cooking a baby goat in its mother’s milk, and putting provolone on a turkey sandwich, right? I only have to wait 30 minutes before meat? Sixty after? What if I just use mouthwash before dessert?”

My husband, bless his soul, fielded my questions with honesty. “It’s really not about whether the rules make sense,” I remember him telling me, “but every time I have to make a decision based on what’s kosher, I feel my Judaism in my bones. It’s a way to remember G-d even while grabbing lunch in a rush.”

It’s not about whether the rules make sense, it’s a way to honor and remember one’s truth. I felt something release. For so long, I treated eating as a necessary evil, as something to be conquered, controlled and closely monitored. Even when I wasn’t restricting or binging or purging, food felt like a dormant volcano, always a tremor away from disaster. But here, sitting across from me, was the idea that eating could be an act of worship, a way to reflect something holy in this world. Eating — and specifically the choosing of food — could be meaningful.

I remember, years after that date, when my husband and I were newly engaged, that my sister pulled me aside. Worried — and maybe a little judgey — she asked, “Are you actually keeping kosher now? Or is this just a cover for you to stop eating again?”

I looked at her and thought, “Stop eating? I feel like I just started.” After all of the treatment, all of the therapy, all of the processing, keeping kosher gave me a framework for moving forward. By practicing my burgeoning Judaism with every meal, I could finally turn my focus away from calorie counts and toward something so much bigger. The laws of kashrut took me out of my head and into my heart.

I’ve kept kosher for roughly a decade now. For me, the act of choosing foods based on the meaning of that choice rather than out of fear of the consequences to my body, continues to be a glorious freedom. Even through pregnancies and postpartum — a recovered anorexic’s nightmare — portion control has held no power over me. Now, let the miracles continue, I get to model these choices in front of my kids: We aren’t confined to “good” foods and “bad” foods, but rather we have the privilege of choosing foods that remind us of who we are. For that, I am grateful.