What's Your Kid Really Like? Their Birth Story Tells You Everything. – Kveller
Skip to Content Skip to Footer

What’s Your Kid Really Like? Their Birth Story Tells You Everything. 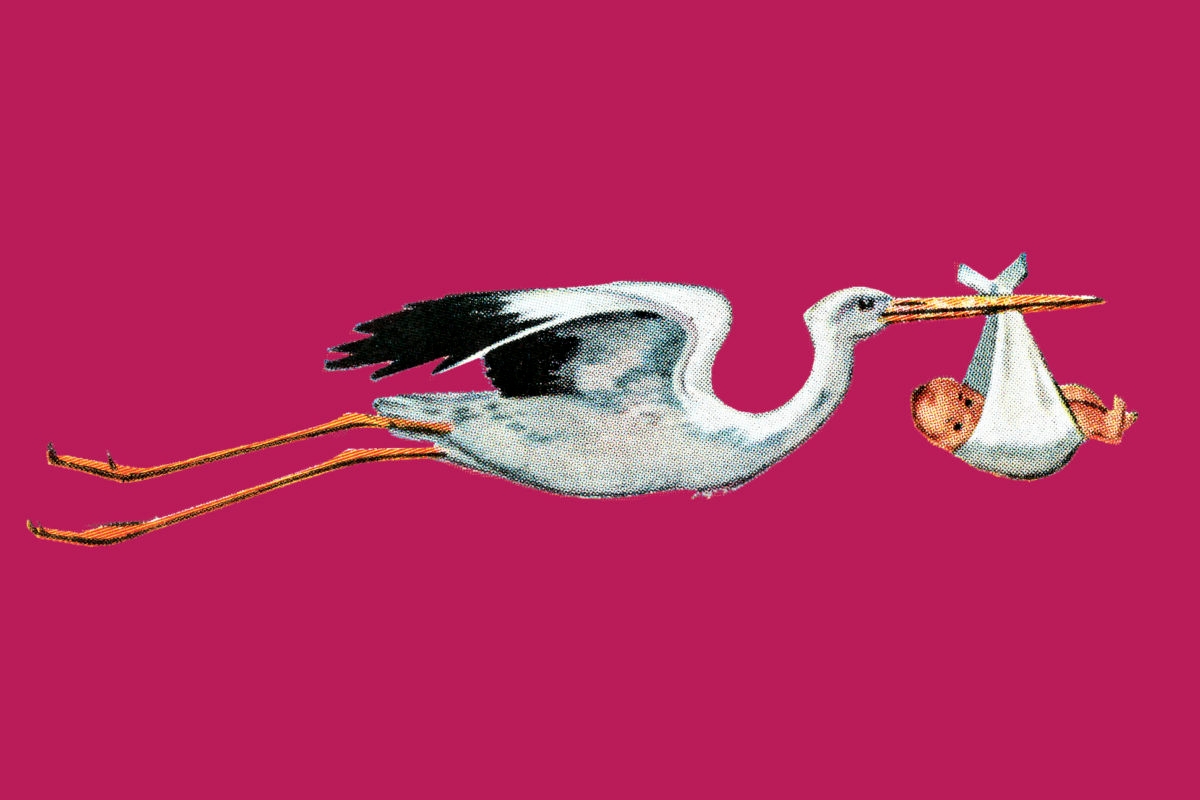 Each year I subject my children to listening to their birth stories. I love reliving the magic of those moments and I consider it a right of passage for them. But I also share the stories to remind them that they are who they are and they have been since the day they were born. And while I can’t prove these things to be true, I do think our children show us who they are the minute they enter the world.

Here are five ways you can determine what your child’s future holds:

What was the weather like the day your precious one came into the world?

My first arrived the day after a mid-March snow storm and my third came during an unseasonably warm, sunny December. But it was the weather during my second birth that was extremely telling. Ellis came in like a wrecking ball in the middle of a late August thunderstorm.

I can still remember looking up at the small window, mid-push, aware of the lightning streaking the sky. When the chaos in the delivery room stopped I could hear crashes of thunder. His whole birth was full of pandemonium and excited energy — and so is he.

Ellis loves science (hence the lightning), fast rides (he was born in six minutes), and any crash in my house is consistently caused by him. He is always mischievous and he was that night too having been the only one of the three to have pooped in the womb. All I’m saying is, keep an eye on the weather: it can be very telling.

Did your child make you wait, arrive early, or a little bit of both?

The birth of baby #3 taught me just what it must be like for my husband to live with me, a woman. Up until Emerson’s birth, our house was all male, including our dog. I was the only female who ever needed to be understood. Raising a girl, I now see what it’s like to live with a woman. And if I look back I realize I learned it all that day.

Emerson was my third, and being that she followed Ellis’s speedy delivery we all believed she would be quick too. But what I learned that day was that no one tells Emerson what to do.

I knew I was in labor the day before her birth. I waited at home, but not as long as the others. Because of the high level of pain I was in, I believed it was time. But when we got to the hospital there was just more waiting: fourteen hours more, to be exact.

When the doctor checked me to let me know that: “It’s going to a lot longer so I’m headed back to the office,” I assumed she was right. But as you know, a woman doesn’t like to be told what to do. And no one changes her mind as fast as a woman.

The doctor was in the parking lot when she started receiving frantic calls from the nurses. Emerson was coming and fiercely. I vividly remember the doctor pushing her sunglasses up onto her head while getting ready to deliver. Three pushes after all those hours and there she was.

Today she is just like this. We ask her if she wants something and she gives us a firm, “NO,” only to later yell at us that she really meant, “YES.” You can truly never win with Emerson.

How painful was your birth? This is a direct correlation to how easy or hard your child will be to parent.

Baby #1 was predictable, on time, and when I say there was no pain, I truly mean it. The epidural went perfectly. I pushed just long enough to feel like I had earned him but not so much that I was traumatized (which is why I wanted another). I was stitched up and back to normal pretty quickly.

This is my Ethan. He’s a rule-follower, enjoys consistent guidelines, and is a stickler for all things being fair and equal. And unlike me, Ethan likes to be on time. On the occasion when he does cause trouble he is quick to apologize and offer a kind word. My other two births were extremely painful. Those births made for the two strong-willed, assertive, redheads we have on our hands now.

Did your water break on its own? Was it a gush or a trickle?

My first textbook birth involved the doctor breaking my water (painlessly, of course) and it slowly trickling out. This moved the birth along in a predictable and routine manner. Ethan does not like surprises as there were none that night.

However, during birth #2 there was a pop and then the floodgates opened. It was an ocean that didn’t just soak into the extra-large absorbent pads they put on the table but went all over the floor, too. I can’t tell you the number of spills I have cleaned up from Ellis. After my water broke it was only moments until he came tumbling out.

This is why with Emerson I assumed she was going to be quick to follow after my water broke. But that was not true. There was simply more waiting. A typical woman.

What was the last thing you ate before your dear one arrived?

Growing up, my own mother shared stories of the last thing she ate before each of us was born. She believed that what she feasted on right before birth becomes our favorite foods. Before my own arrival into the world, she was at a wedding and admits to eating everything in sight! She recounts a buffet table that she went to town on. Embarrassing or not, I do love a good buffet.

This theory holds true for my children as well. Call it nesting if you like, but before each birth, I had the unmistakable urge to cook a very specific recipe. For my first, I made hostess cupcakes from scratch. With my second, I prepared an intricate strawberry fields salad. The third put us up to our ears in my grandmother’s spritz cookies. These cravings have all proved to be favorites of my children… except for the one glass of wine I had with my girlfriends hours before Ellis’s birth. That one I don’t know about — yet.