When You're Exhausted as a Jew in America, Remember This – Kveller
Skip to Content Skip to Footer

When You’re Exhausted as a Jew in America, Remember This 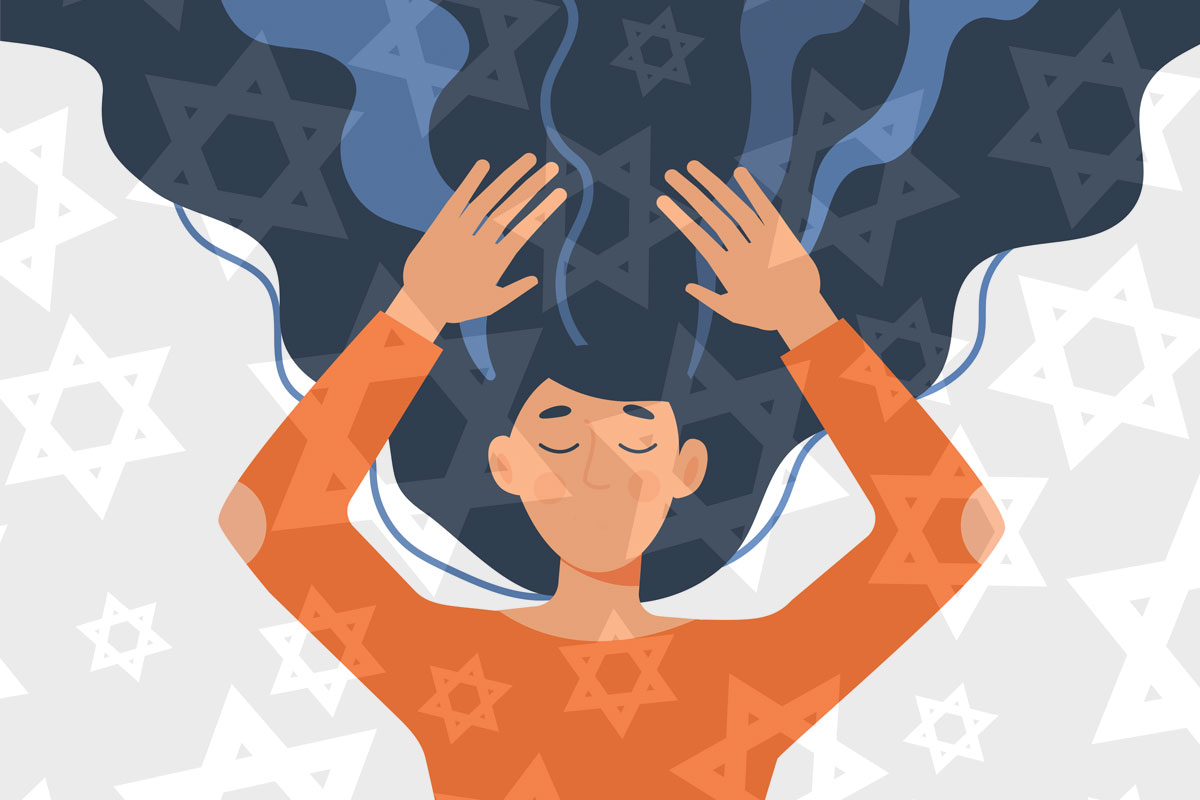 In the past few weeks, we’ve had the Colleyville hostage crisis — and the subsequent online debate about whether or not the hostage taker at the synagogue was motivated by antisemitism (no, seriously). We’ve had a Tennessee school board kicking Art Spiegelman’s Pulitzer-winning classic graphic novel “Maus” out of its eighth grade curriculum on the pretexts of “profanity” and “nudity.”

Then, while discussing the “Maus” situation (a book thousands more people are now going to read, so yay!), Whoopi Goldberg, co-host of “The View,” said the Holocaust was about “man’s inhumanity to man” and “not about race.” When one of her co-hosts challenged that assertion, saying the Holocaust and murder of millions of Jews was actually driven by white supremacy, Ms. Goldberg said, referring to Jews and Nazis, “But these are two white groups of people.” She added, “This is white people doing it to white people, so y’all going to fight amongst yourselves.”

After doubling down on Stephen Colbert’s “Late Show” (“I felt that the Holocaust wasn’t about race…as a Black person, I think of race as being something that I can see…[the Holocaust] was really more about man’s inhumanity to man”), Goldberg was suspended from “The View” for two weeks — and a cacophony of discussions about Jewish identity ensued on Twitter and beyond.

This discourse was sometimes astute — for example, “Jews Don’t Count” author David Baddiel pointed out that Nazi persecution of Jews was predicated on the idea of Jews as a race, and that Jews often fall victim to a phenomenon he terms “Schrodinger’s whiteness,” meaning that we are seen as white or non-white depending on the politics of the observer: “for centuries…far-right groups have seen Jews as not part of the white race,” and “on the far left, the association of Jews, which is a racist thing, with power and privilege makes them kind of super-white.” And sometimes, the discourse was utterly asinine, like when prolific writer Joyce Carol Oates elected to randomly share with her Twitter followers that marrying a Jew brought her into a “club,” and later described that “club” by reducing all Jews to “a certain lack of reticence re. politics & social justice, high-energy, high-maintenance, hyper-protective of family, darkish sense of humor, Red Diaper baby, loved food, repeat: loved food.”

Uccch. Or, in modern speak, WTAF.

The common denominator of all of these post-Colleyville discussions is Jews. and the Jewish experience, being defined by others — whether by others’ hate, or by others’ ignorance. And frankly, it sucks.

It sucks because it’s pretty annoying that we’ve been in the same world as non-Jews for thousands of years now, and we’re still doing this same dance with folks. There are three main categories of dance moves here. First up, those who don’t know much about the vast expanse of Jewish history of antisemitism, yet feel free to opine on it (Whoopi, Joyce Carol Oates). That’s annoying at best and really damaging at worst.

Second, there are the people who on one end of the spectrum are Holocaust deniers, and on the other end those who just don’t want to think about things like the Holocaust at all, professing that it’s because it is somehow “inappropriate,” like the Tennessee school board (spoiler = yes, of course, the Holocaust is way beyond “inappropriate.” That’s why you have to study it.).

And then the third category is less nuanced, because those are the folks who straight up want to kill people like me and my kids (see under: Colleyville hostage taker, Nazis), and I really don’t think that I need to hear a dissertation on why they’re interested in doing that, thanks.

But one of the things I dislike most about this situation of the past few weeks is that being Jewish is so much more than just constantly responding to antisemitism like we’re playing in some endless dodgeball game from hell. It seems like “Jews” or “Holocaust” are trending every single day in the news and on Twitter. And while it’s arguably good for my sister (Dara Horn, author of “People Love Dead Jews”), it’s not so terrific for the rest of us trying to live peaceful and happy Jewish lives. Hello, other people of the world: We are such a small sliver of the population of the world, and we can only reply with the “Mean Girls” “Why are you so obsessed with me?” gif so many times.

In the face of this onslaught of negativity, it’s so important for us, as Jews, not to define ourselves only as opponents of hate, but also to do so as living proponents of a lushly rich and beautiful cultural, religious and intellectual heritage. I absolutely love being Jewish — it’s the foundation on which I’ve built my entire life and family. In the face of hate and ignorance, I want us to remember that we are an us, and to celebrate what we are and what we’re building with our Jewish lives.

Michael Twitty, a Black and Jewish culinary historian and author of “Koshersoul,” put it beautifully in a Twitter thread he called 50 Joys of Jewish: “we aren’t just traumas and issues&”oh hell whats up with them now…” we are our joys and things that are happy or peaceful or satisfying& substantial.” He followed with a gorgeous list of wonderful things he loves about being Jewish, including “you are supposed to ask questions,” “sexy words like zaftig” and “not being afraid to walk away when you have to do what’s right.” He added, “100 blessings a day means you look for every single thing to appreciate about being alive everyday.”

In a world where non-Jews are always trying to tell me who I am, I will remind myself, and I’ll remind you too: We are 100 blessings a day. We are history and laws and fighters for justice. We are ephemeral shelters from the storm. We are artists, we are thinkers, we are wordsmiths, we are family. And we will always try to be lights, flickering against the darkness that tries to consume us.