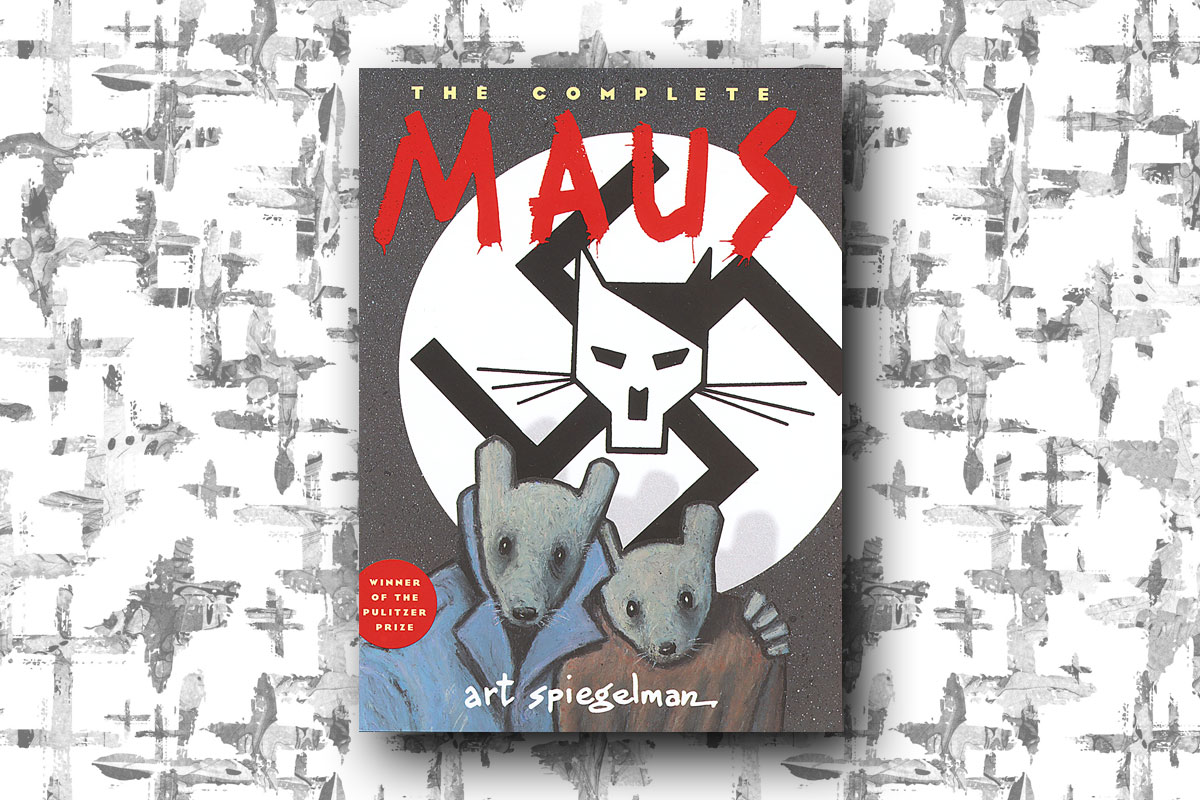 Two weeks ago, a school board met in Tennessee and unanimously decided that Art Spiegelman’s Pulitzer-winning graphic novel “Maus” should be banned from the eighth grade curriculum due to “profanity” and “nudity.” Spiegelman, a cartoonist, wrote and illustrated “Maus” based on interviews with his father, a Polish Jew and Holocaust survivor, about his experience in World War II.

For those who don’t know, the graphic novel depicts Holocaust victims exclusively as mice and their Nazi oppressors as cats. So when we’re talking about “nudity,” we are talking about… cartoon drawings of naked mice.

Let’s get my biases out of the way first: I’m surprised and pleased that “Maus” was on the curriculum for an eighth grade in Tennessee in the first place — especially in McKinn County, where 80% of voters supported Donald Trump in the 2020 election and, according to at least one (not super official looking) website is home to zero Jews. I know that’s a kind of crappy thing for me to say, but as an irretrievably liberal, “let the kids read whatever they want” Northeast Jew, I find its presence on the curriculum at all a beacon of hope, although a flickering one.

The reason it’s flickering is because, frankly, we need to acknowledge, especially on this International Holocaust Remembrance Day, that as a nation, we seem to be headed on a trajectory going closer to the burning of the Reichstag than away from it.

I resent that I have to say this at all, but here: As a parent of six kids, I can personally guarantee that eighth graders in Tennessee (or anywhere else where phones and computers exist) have seen much more graphic nudity than a sketch of a naked mouse. I also can personally guarantee that in an under-10-minute sweep through TikTok, these kids have been exposed to worse language than any “God damn” that you’d see printed in “Maus.”

So “language” and “nudity” isn’t really what any of this is about. And I’m sort of sick of the whole elaborate balletic dance that people do when they go to such absurd lengths to pretend they are concerned about “decency” and “the precious children” (yes, in quotes, because children are precious like hard-as-rock gemstones, not precious like fragile eggshells) when really, they are trying to do something else entirely.

School board member Tony Allman said, at the board meeting where this was discussed on January 10, “[B]eing in the schools, educators and stuff we don’t need to enable or somewhat promote this stuff. It shows people hanging, it shows them killing kids, why does the educational system promote this kind of stuff, it is not wise or healthy.”

“This stuff” — violence — is part of history. It would be very hard to discuss the Holocaust without raising the specter of violence. And perhaps that’s the point, but let’s get to that in a little bit.

“Maus” illustrates violence with cartoon images rather than photographs or video footage. But Allman and his fellow board members decided that even Spiegelman’s artistic depictions are too much for delicate sensibilities. Actually, it is clear to anyone who reads the minutes of the meeting that none of the board members have actually read “Maus” in its entirety, nor do they have any desire to do so. What’s at work here is something much, much more insidious, and much more deliberate.

Across the U.S., people on school boards are making a concerted effort to purposefully exclude histories and perspectives from minority viewpoints. It’s not just in Tennessee — it’s everywhere. Whether it’s an accurate view of slavery from scholars like Nikole Hannah-Jones and the 1619 Project, or LGBTQ viewpoints like the nonfiction “This Book Is Gay,” or now “Maus,” it’s a deliberate targeting, and it is wrong. And today, on International Holocaust Remembrance Day, I’d think maybe it’s time to think about how book burning — whether literal or metaphorical — fans the flames of ignorance, hate, zealotry and authoritarianism.

Allegedly, this “curriculum cut” isn’t about not wanting eighth grade kids to learn about the Holocaust. But when a board does this on such a flimsy premise, with the full awareness that there’s no other book or movie or material that they’re going to replace it with, then it is, in fact, censorship. It’s cutting out an already marginalized voice and part of history, and doing so deliberately.

There’s no synagogue in Athens, Tennessee, and no measurable Jewish community. So maybe they don’t even know that it’s International Holocaust Remembrance Day today in that school district in Tennessee. But that school board and superintendent have made a determined decision to take one step closer to forgetting.

But I refuse to forget. Here are a few lessons I’m choosing to draw from this unintentionally teachable moment:

1. Local elections matter. Remember that election last November? Did you vote? Or did you figure, well, it’s not a Presidential election, no need for me to vote? If the latter, you were wrong. School board and local elections matter. You put people in place who can influence the policies that you and your children will be forced to live under. Please vote in every damn (ooh bad word) election, because if you don’t, you are giving your vote to the people who do bother to show up. The same people who are trying to kick marginalized perspectives out of the curriculum are also the ones who are supporting bills and officials who would suppress your ability to vote. That is not a coincidence. If you care about the direction of our country, vote. Or run yourself — get support here

2. Marginalized voices need to be heard. On this International Holocaust Remembrance Day, order yourself a copy of “Maus” from an independent bookstore, as well as copies of other books that are being forced out of curricula across the country, like Toni Morrison’s “The Bluest Eye” which was just banned by a school district in Missouri. Make sure these voices are on your own shelves. Yes, libraries are great, but support authors financially instead of Starbucks for a day.

4. Never forget. And fight like hell against those who want to.