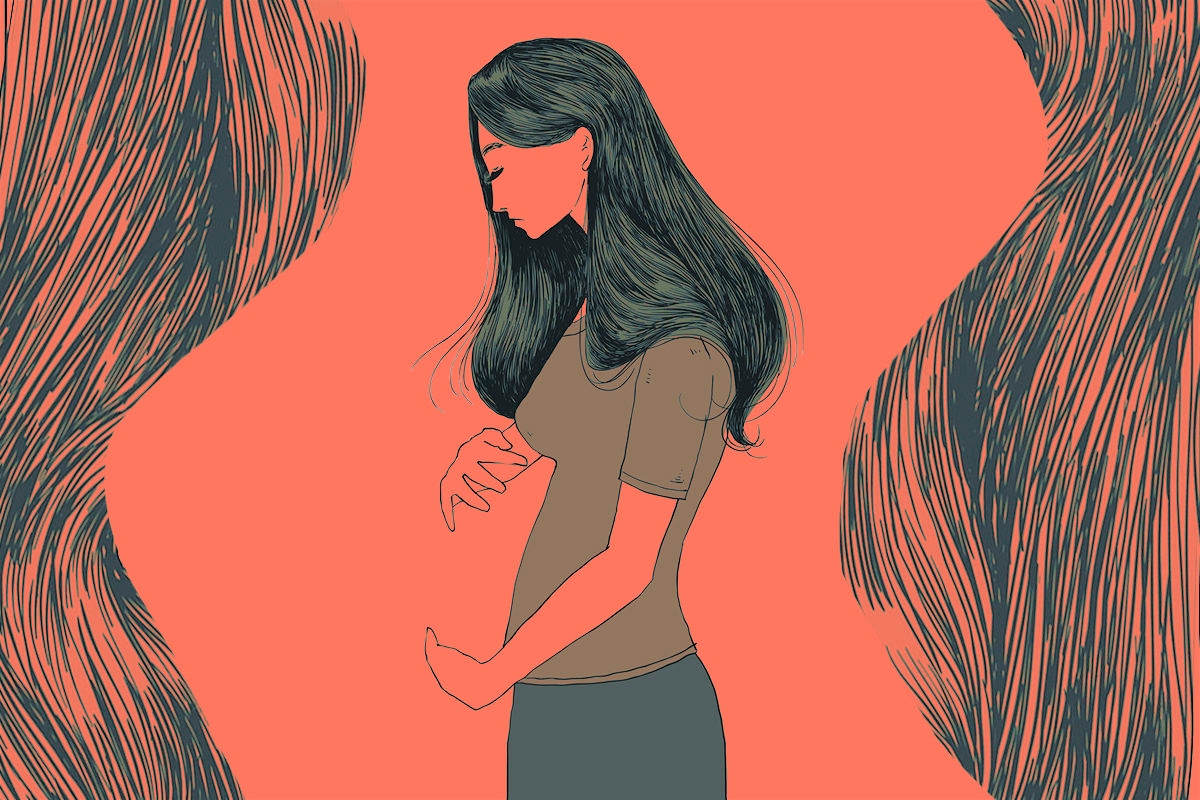 They say there are two types of people: those who quote an exclusive brand and hint at a high price point (that you can’t afford) when you compliment a piece of their clothing, and those who react by referring you to the exact store, encourage you to purchase the piece, and emphasize how affordable it was.

I am undoubtedly in the latter camp. I have an innate need to prove that I am in no way more skilled, capable, or lucky than anyone else, both in reality or in my perception of myself. So, it is fitting that throughout my 15-month journey to conceive my first child, I was certain that I wanted to share my experience with as many women as possible.

Before I continue, I’d like to make it very clear that, while I struggled to get pregnant, my conception hardships were nowhere near as difficult as many others’. I didn’t need medical intervention; I didn’t experience loss; I didn’t seriously investigate other pathways to motherhood.

But, throughout much of my journey to get pregnant, I felt doubt and despair. Perhaps worst of all, I felt very, very alone. According to Dr. Courtney Lynch, head of reproductive epidemiology at The Ohio State University, about 15% of women won’t get pregnant after trying a year, but only 3 to 5% of them are truly infertile — so I was hardly alone, statistically speaking. But these facts did little to ease the loneliness that came from within; with each passing month, the empty space inside me where I wanted a baby to be seemed to grow.

After five years of marriage, my husband and I decided we were ready to swap backpacking for babies. I stopped taking my contraceptive pill, which had no affect on my cycle’s strict 28-day schedule. This meant that it was very easy to identify when I ovulated, although for the first four months I opted not to track it too closely, as I (correctly, it turns out) suspected it would make me anxious. As time went on, and speedy romps replaced the candlelit lovemaking of our first attempts, I chose to monitor things more closely using a menstrual-tracking app.

While useful, the app emphasized the time pressures of conception — with only 5 to 7 fertile days a month, missed opportunities became a source of frustration and angst. During one fertile window, we were staying on an inflatable bed in the middle of my sister’s open-plan Miami apartment. The complete lack of privacy prevented any baby-making and, when we finally managed to sneak into the bathroom together, the experience was anything but sexy. I ended up crying on the floor, completely overwhelmed by the pressure and notion of yet another period on the horizon, signaling an empty womb.

My husband empathized with my frustration. And yet, when my period arrived each month  — accompanied by heavy cramps that the contraceptive pill had blissfully kept at bay — it was a physical reminder of my failure. Plus, it fell to me to break the bad news to him, which made me feel responsible. I felt as if we were on the same doomed ship, but I was traveling in steerage and sleeping on a flea-ridden mattress while he was traveling first-class, wearing coattails, and sipping champagne, blissfully unaware of the icebergs ahead.

Though we were technically in this together, I was the only one breaking down and the only one who couldn’t put things into perspective, which made me both incredibly needy of affection and bitterly resentful. Our relations became strained and, while my husband did his best to comfort me, it was an impossible task. His efforts did nothing to shake the feeling that I was inherently alone.

Though trying to conceive felt all-encompassing, life went on as normal, and often got in the way. Miami was an extreme example — as was the squandered month where my husband contracted the shingles and was in no state for physical contact — but many other day-to-day occurrences, like late nights at the office, business trips, evening plans with friends, and standard end-of-work-week exhaustion threatened to eat up that precious fertile window. As time went on, I felt in a near-permanent state of panic, which made enjoying sex almost impossible.

As we drew dangerously close to the one-year mark, which typically signals the time to seek professional help, we weren’t even sure if we could say that we’d been actively “trying” for all that time, what with our easy-breezy first few months and various setbacks. It was confusing and, though many of my friends had children, I felt uncomfortable seeking their advice. Sex was something we only discussed bawdily, after one too many tequilas, and we never talked about fertility in depth.

In an attempt to avoid that dreaded anniversary, we decided that my husband’s sperm would get tested (results were fine) and that I’d try using ovulation sticks, in hopes that they would provide more precise detail about when ovulation occurred. In actuality, the ovulation sticks were expensive, confusing, and felt like way too much pressure — which did little to relieve our stress.

It was clear that bigger changes must be made. I knew that stress was one of the biggest obstacles when it came to conceiving, but couldn’t stop myself obsessing over the calendar, focussing on my empty uterus, and falling into a state of quiet panic.

The only real solution was to quit baby-making cold turkey, to take a month off and try to regain our sanity. So, I stopped the sticks and deleted my tracking app for a month. We had sex for the sheer enjoyment of it, went out dancing, and drank alcohol without guilt. The effect was almost immediate: I felt more like myself than I had in a year. Life felt exciting again — I could concentrate on work and catch up with loved ones without distraction. I felt infinitely calmer.

Perhaps more than anything, my husband and I finally felt connected again, we stopped bickering and felt relaxed enough to discuss our next steps. I made an appointment with a fertility specialist, we discussed if IVF was an option or if we’d rather begin the adoption process, and even briefly considered fostering.

Then, wouldn’t you know it, three months later I realized my period was late. I took a pregnancy test, and it was positive — I was pregnant. I decided then and there that this baby would be a source of joy. I would do my very best to quell any anxieties, and I’d try to celebrate every stage of pregnancy so that I could look back on it as a positive experience.

I can’t guarantee you the same happy ending, but I hope that anyone who reads this and may find themselves in a similar situation can find comfort and companionship in any shared experience or emotion. I hope, too, that this empowers you to talk openly about your conception experience — for yourself and for the many, many others going through something similar. Because no one should have to feel alone — or abnormal — when trying to become a mother, whatever happens along the way.

Image by jklr via iStock/Getty Images