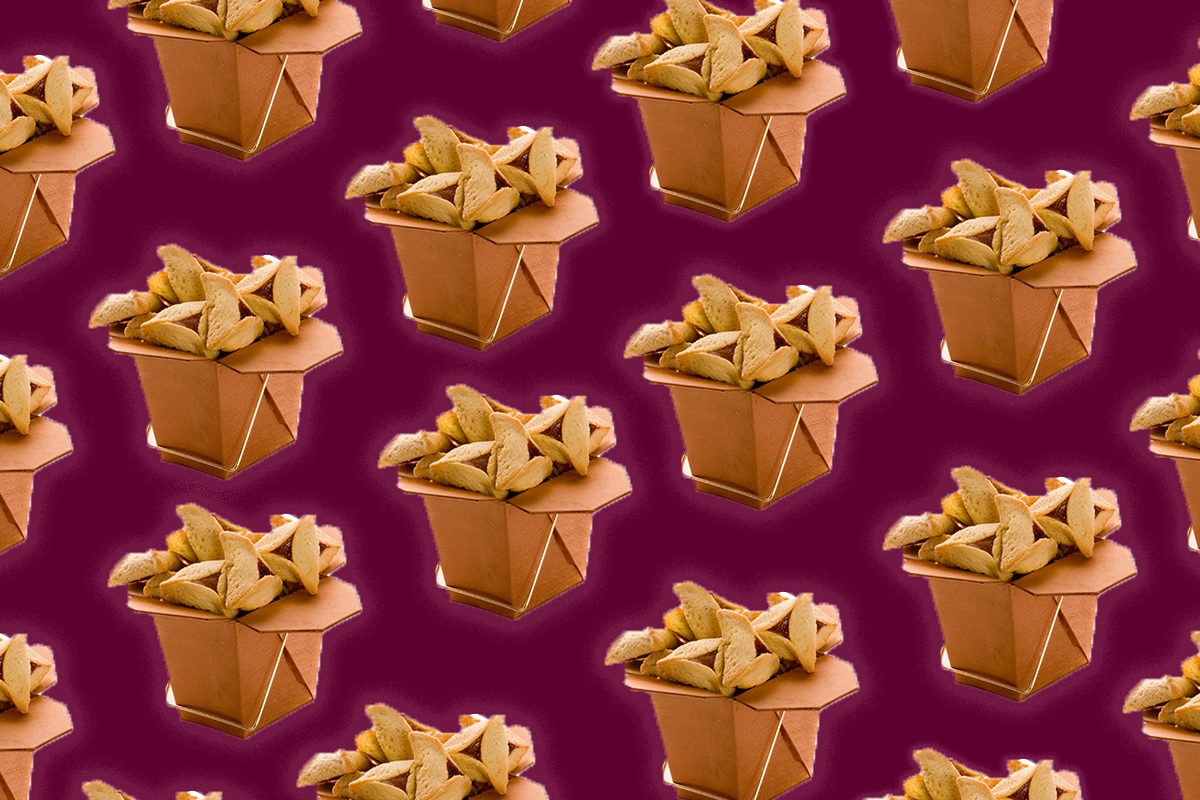 Purim is coming up and I’ve been busy planning what to put in my mishloach manot, the small gifts of food Jews exchange on Purim.

I wasn’t always into this custom, but let’s just say I’ve really come around.

When I first converted to Judaism, I had never heard of mishloach manot. They weren’t a thing in the Munich Jewish community where my husband grew up, nor did anyone exchange them at the Hillel we attended during graduate school in the U.S. Later, when my children brought home small packages of hamantashen and junk food on Purim from their Jewish day school in Chicago, I took it to be a kid thing.

But then, I started working at my kids’ school, and discovered that, on Purim, the principal gave styrofoam boxes filled with snacks to staff. She explained to me how Jews give food to each other on Purim, which struck me as odd. Why give food to people who don’t need it? I associated giving food with donating to soup kitchens. I was utterly puzzled when a teacher told me that she baked sheets of lasagna for her mishloach manot — she even added little bottles of kosher wine to gift her friends.

I asked the school’s rabbi about this custom. He explained that, in the aftermath of surviving the threat of annihilation in ancient Persia —  which is what we celebrate on Purim — the rabbis instituted the mitzvah (good deed) of mishloach manot. The idea, he told me, is to foster unity among Jews.

Megillat Esther, the story of Purim, recounts that Haman, who wanted to destroy the Jewish people, called them a “scattered nation” — referring not only to their dispersal but also to the discord among them. After Haman’s decree to wipe them out, Mordecai gathered the Jews to fast and pray for three days, while his cousin, Queen Esther, intervened on their behalf with the king. The rabbis teach that this show of unity prompted God to reverse events. Therefore, mishloach manot – giving gifts of food to each other – isn’t just about friendship; it’s about unity, which is crucial to Jewish survival.

Even with this plausible explanation, however, I still couldn’t get over giving food to people who didn’t need it. So, I ignored this custom. I never gave mishloach manot and felt slightly peeved when my kids gleefully brought them home from school. I did, however, always contribute canned goods to the food drives their school held before Thanksgiving and Passover.

My feelings began to change once my daughter started attending a Jewish high school. She felt she had to give mishloach manot to her classmates. Everybody was doing it! What could she use for boxes? What kosher food could go in there that wouldn’t spoil and that her friends would like? Still, I resisted what I considered a ridiculous custom, and merely suggested she fill regular gift bags with whatever kosher candy she could find at our local grocery store. Undeterred, she went shopping. Next thing I knew, she set up an assembly line in our kitchen, with me as the principal worker.

The following year, in the run-up to Purim, I was shopping at the kosher supermarket when I spotted cute boxes with “Happy Purim” printed on them. Odd as it may sound, those gift boxes made me recognize the all important “gift” part of mishloach manot. I realized I had been too harsh, too unsupportive of my daughter’s efforts to be nice to her friends and to engage in a Jewish custom. What’s wrong with giving gift baskets to friends?

Even if I still questioned the giving of food, I could get into the gift part of it. But then, I realized if you were going to give a gift, giving food could be better than giving some random tchotcke that just adds clutter to a home and waste in the world, right? Isn’t the giving of gifts more about the gesture and less about the utility of the gift itself? Plus, one could argue, food is something every human needs, even if they are not needy. Besides, Purim isn’t about giving to the needy — it’s about gifting friends and those in your community. It’s about strengthening bonds.

These days, come Purim, I love scheming what to put into the mishloach manot I give out, and those I send to my kids in college. In addition to hamantashen, I’m figuring out how many Girl Scout cookies will fit into the boxes, and when to ship them so they arrive at my kids’ dorms in time.

Last year, just after I had baked hamantashen, I met a friend for coffee. Even though I knew she didn’t keep any Jewish customs anymore, I popped one into a gift bag and gave it to her. Seeing the smile of recognition spread on her face, I realized: That is the mitzvah! This is why we do this! Engaging in this odd little custom is not only a lovely gesture of friendship, it also transmits a spark of Jewish joy. In fact, it is precisely the unnecessity of handing out food that makes this an act of kindness. And thus, mishloach manot give us the opportunity to spread a little non-essential but much-appreciated delight.