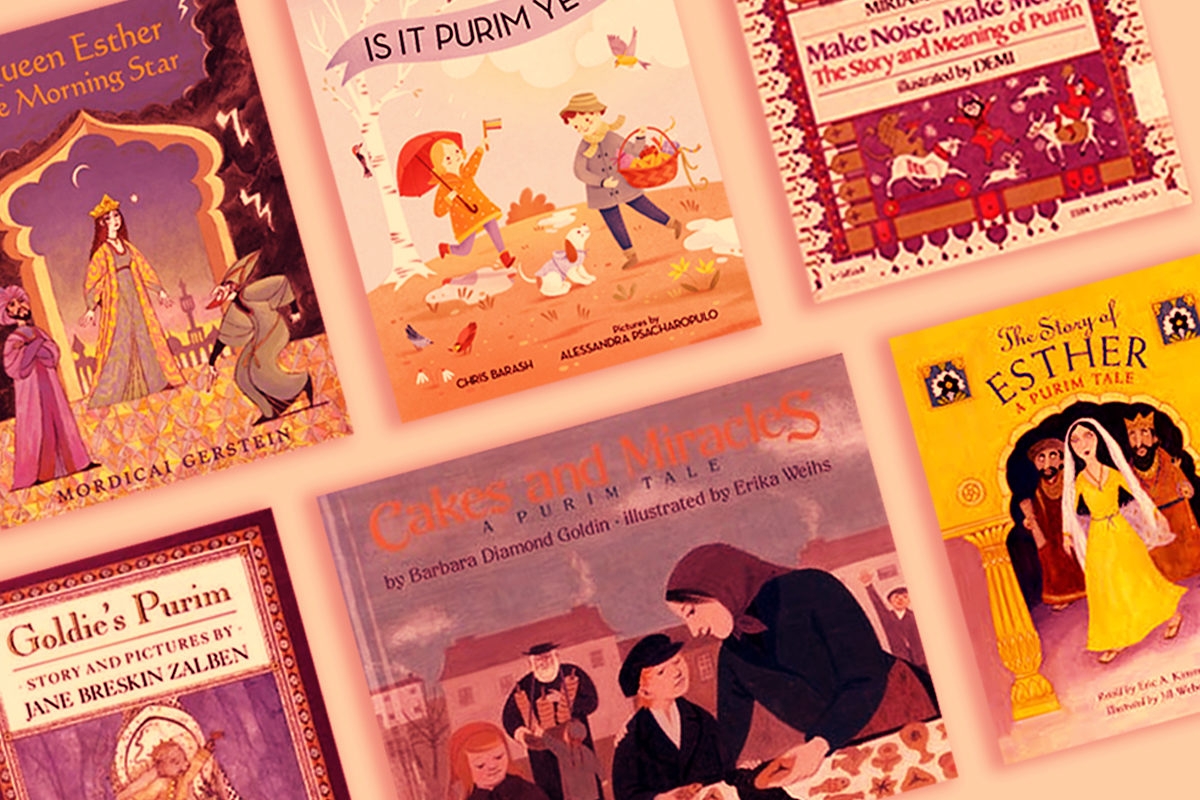 As a Jewish holiday approaches — any Jewish holiday — many parents and grandparents look forward to reading with children books about what to expect.

But Purim poses something of a problem. The story of this festival includes Jewish courage and triumph, but it also features explicit violence, which is difficult to separate from the exciting tale. There are winners and losers — and the losers don’t fare well in the end.

Basically, Purim is a holiday about Jewish courage and survival, with some hard to avoid sexism as a basic part of the plot. Purim is often identified as the Jewish holiday in which a woman plays a starring role, and so, little girls are encouraged to dress as the bold queen who puts her life on the line to save her people. And yet, parents need to get around the difficulty of explaining to kids that Queen Esther’s heroism is expressed through submissiveness and physical beauty. Esther becomes the Persian queen only after King Ahasuerus throws out his previous wife, Vashti, because she committed the grave sin of refusing to show up when he called for her. This insecure male naturally believes his royal minister, who points out that Vashti’s chutzpah will encourage other women to disobey their husbands.

Then there are the gallows, first intended for Esther’s cousin, Mordechai, and later used to punish Haman. Yes, we know that the element of retribution is essential to the story. Once King Ahasuerus learns that Haman intends to kill Mordechai —  the very Jew who had saved the king’s life by revealing a conspiracy against him — the tables turn and the Jews of Persia earn the right to punish their tormentors. Purim proves that Jews did not have to be the perennial targets of hatred and fate, but explaining that aspect of the holiday to the youngest readers can be challenging.

Fortunately, there are many wonderful books out there that festive aspects of the holiday, such as dressing in costumes, and enjoying delicious hamantaschen. The terrifying parts of the tale can wait for later, when kids are old enough to understand the history behind them. Following are six outstanding, age-appropriate recommendations.

These Purim books focus on mitzvot, interaction with family members, and participation in community activities.

1. Cakes and Miracles: A Purim Tale

This sensitive and beautifully illustrated story, a PJ Library selection, has the advantage of integrating a story about disability into the Purim narrative. Hershel is a blind child who, through creativity and strength, overcomes challenges in order to help his mother bake hamantaschen. The story focuses on family relationships and Purim customs, rather than the biblical story, making this a good choice for young readers. The implicit message, that disability is not a barrier in Jewish life, is a welcome one. Recommended for ages 3 to 7.

by Chris Barash and Alessandra Psacharopulo

This book joins a series about children’s impatience and excitement surrounding the coming holidays. Any parent knows that high expectations can lead to disappointment, and the noise and revelry of Purim can be overwhelming. This book, also a PJ Library selection, pairs simple rhyming text with colorful and familiar images of childhood, focusing on family togetherness as much as religious ritual. It is decidedly low-key, emphasizing the transition to spring and the joy of preparing mishloach manot (gift baskets for friends and neighbors). Recommended for ages 3 to 6.

Featuring gorgeous illustrations of a family of bears celebrating Purim, this PJ Library selection may be out of print, but is thankfully still widely available. The story centers around a purimspiel (a reenactment of the Purim story) at Goldie’s shul, and her fears and worries about performing on stage. Goldie’s bravery is compared to Esther’s — and  although Goldie doesn’t confront a life-and-death situation, any message about female bravery in a children’s book is welcome. As in many of Zalben’s stories, a multigenerational family is central, with both parents and grandparents as supportive characters. Recommended for ages 3 to 7.

For kids ages 9 and up

Purim books for older children typically present the harsher realities of the holiday. Here are a few that stand out, thanks to their engagement with the more sensitive implications of Purim, as well as for their literary and artistic quality.

This book doesn’t pull any punches about King Ahasuerus’s volatile anger and fear of women’s independence. He bellows at Queen Vashti, who has ignored his command to appear before him, “Guards! Throw her out! Let her beg in the streets! I will find a new, more beautiful queen. One that obeys me!” There is also a picture of Haman hanging on the gallows that’s possibly more terrifying for what it omits: We see only Haman’s lifeless feet hanging, and his three cornered hat falling to the ground. Only two pages later, the  book concludes with a picture of Esther, Mordechai, and the king, feasting on an oversized plate of hamantaschen. Purim is all about contradictions, after all —  a Jewish woman becomes queen, her cousin becomes an honored minister, and the victims become the winners.

5. The Story of Esther: A Purim Tale

by  Eric A. Kimmel and Jill Weber

In this book, the revenge element of the Purim story is highlighted rather than underplayed — kids will learn that Jews, almost always the victims of baseless hatred, can stand up for themselves and even retaliate. There are no images of Haman’s fate here, but kids will learn that his whole family will share it: “Hang him from that gallows out there! Hang his whole family with him!” The bold pictures of villains and heroes add much to this exciting story — for example, Esther’s beauty routine is elevated to a calculated level. While other beauty contestants apply kohl and cinnabar to their faces, Esther chooses to stand out by weaving a single strand of white wool in her dark hair. Being different, rather than trying to blend in, becomes a key to survival.

6. Make Noise, Make Merry: The Story and Meaning of Purim

by Miriam Chaikin and Demi

This sophisticated and information-rich book may be older, but it remains widely available. That’s a good thing, as it provides a serious introduction to the holiday’s historical context, with chapters explaining Purim customs across geography and time. The chapter “Purim in Captivity” offers a sobering reminder of the existential peril which Jews have faced over the centuries, including in the Warsaw Ghetto under Nazi terror. The story itself is a modified version of the actual Megillah, and the delicate drawings in mauve ink by the renowned artist, Demi, give the book the feel of a medieval manuscript. Older children will love this different and distinguished retelling of the Purim story.