Your Old Halloween Costumes Can Make a Big Difference in Israel 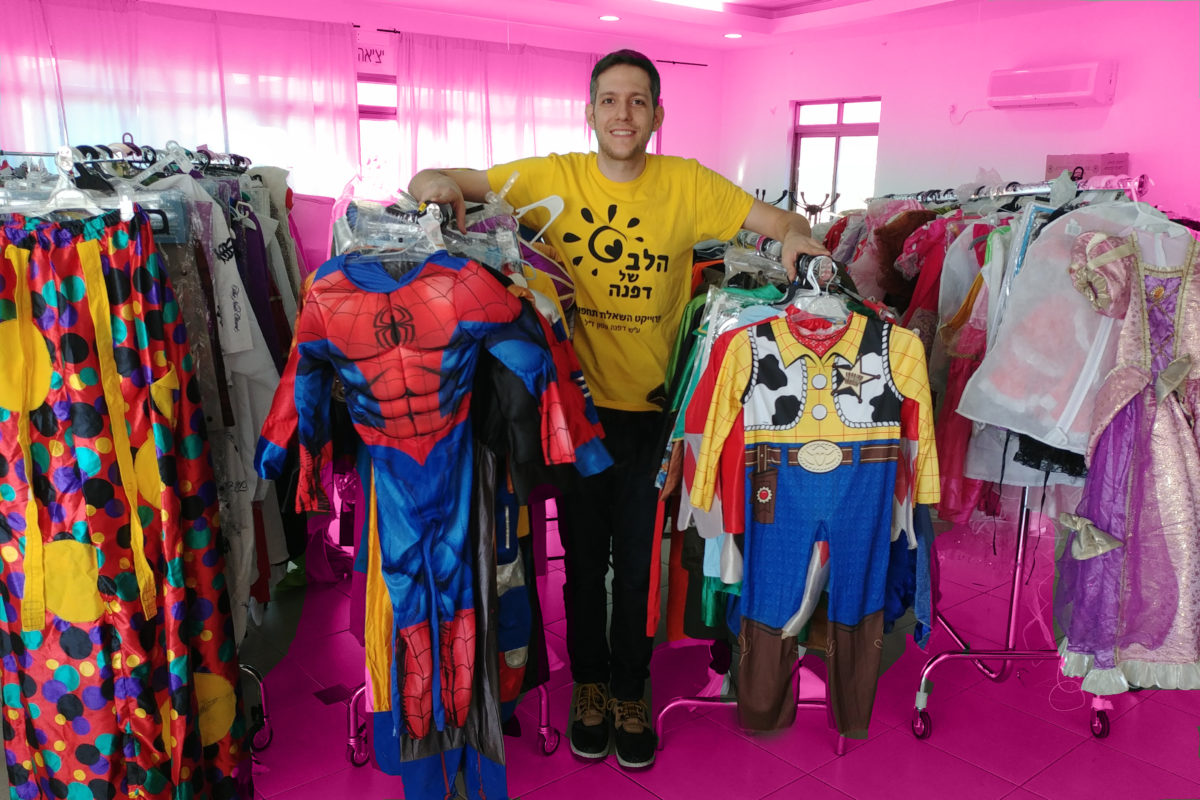 The United States of America is truly the land of plenty. There are so many items that are just cheaper and easier to procure here than they are pretty much any where else in the world — including Israel. In the 10 years that I’ve lived in this country, I’ve been asked to bring home to Israel some really surprising items, including a a pool cover, a hook to close a skylight, lamps for an oven, and heaps and heaps of Halloween costumes for my little cousins.

You see, post-Halloween sales are a great time to get Purim costumes (of course, many Jewish parents in the U.S. already know this!). And Purim is a really big deal in Israel, a true cornucopia of sights and sounds, with parades, parties, and school-wide events, where costumed kids and adults alike revel.

Unfortunately, Purim costumes in the Holy Land can get really pricey, as many are imported. This means many families can’t afford them them, and, while we all love a good DIY project, many working parents don’t have the time or ability to make them. The result is that many kids across Israel are often stuck with a disappointing and lackluster holiday.

But one generous man, Yogev Atoon — with the help of his family and kind strangers — is working to change that. Atoon created an organization, Dafna’s Heart, which largely relies on donations of old, American Halloween costumes. Dafna’s Heart collects and stores these discarded Halloween costumes — currently stored in a warehouse in Israel — and then rents them out over Purim for the symbolic price of 10 NIS (approximately $2.85).

Atoon, 36, created the organization after his family was struck by tragedy: Shortly before Purim of 2016, the day of her 60th birthday, Yogev’s mother, Dafna, went down for an afternoon nap and never woke up.

Her death was a total shock. Her family was planning a big surprise party for her; instead, they had to plan a funeral and a shiva. Dafna — who, according to Atoon, was the kind of person became the focal point of every place she went; she knew how to organize and mobilize everything and everyone — was gone.

During the shiva, strangers the family had never met kept showing up to say their goodbyes. It seems that for years, Dafna, who was a community secretary at Had Ness settlement in Ramat HaGolan, had been helping those less fortunate in her community. “She did it quietly,” Atoon told Kveller, “she just did good wherever she could.”

Overcome by the love and and gratitude coming from these visitors, Atoon came up with the idea for Dafna’s Heart as a way to memorialize his mother, and honor the generous spirit that she passed on to her children (Atoon has a brother and a sister). 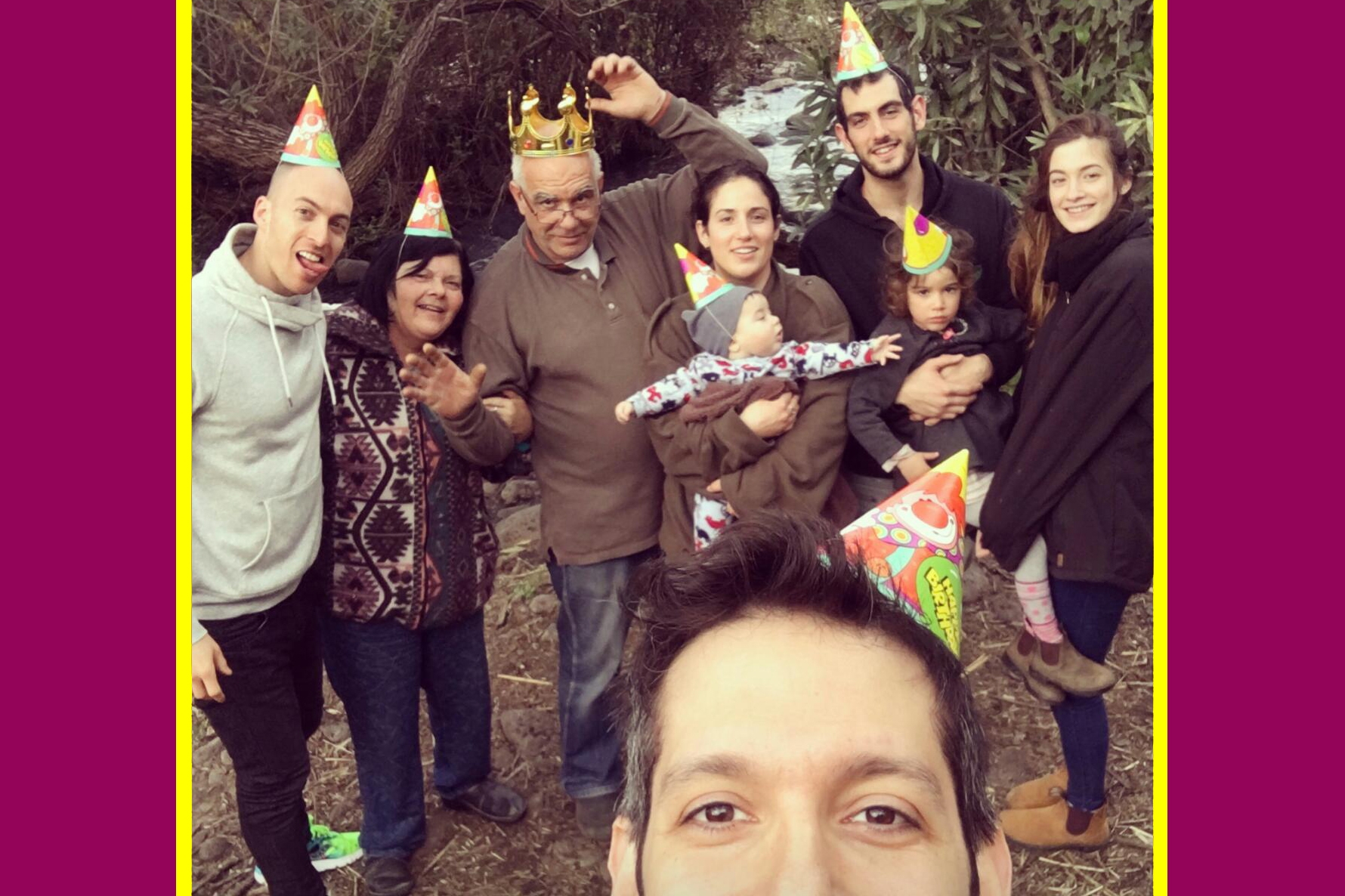 Dafna (second from the left) and her family

Purim was always a big event for the Atoon family — Dafna continue to sew costumes for her children, way into adulthood their adulthoods. And Atoon was looking for a way to make the holiday meaningful —  still positive — despite the devastation his family experienced.  It was a way of “taking our personal grief and making it into happiness while doing good, while doing a mitzvah for others,” he tells me.

The “magical costume exchange program,”as he calls it — which serves everyone from babies to adults — started small. But by last Purim, they had over a thousand costumes, from across Israel and the U.S. Their costume “warehouse” (which, Atoon says, looks nothing like a warehouse — it’s a fun and inviting space for kids to hang out while perusing costumes) is in Had Ness, but families visit from throughout the country to borrow and give costumes.

“Some people tell us, ‘This is the first time we’ve celebrated Purim,'” he says. “They were ashamed to celebrate because the kids didn’t have a costume.

These days, Atoon runs Dafna’s Heart long-distance from New York, where he works as an interior designer. This post-Halloween, pre-Thanksgiving season — when parents are getting purge their home of unneeded costumes, perhaps in anticipation of near-future Hanukkah gifts! — is a critical time for the organization. Israeli kids love American Halloween costumes — especially firefighter and police uniforms! — but any costume of any size can make someone in Israel very, very happy.

Atoon tells me that, more than anything, he is moved by the mobilization around his project. “It has been very surprising and very heartwarming,” he says.