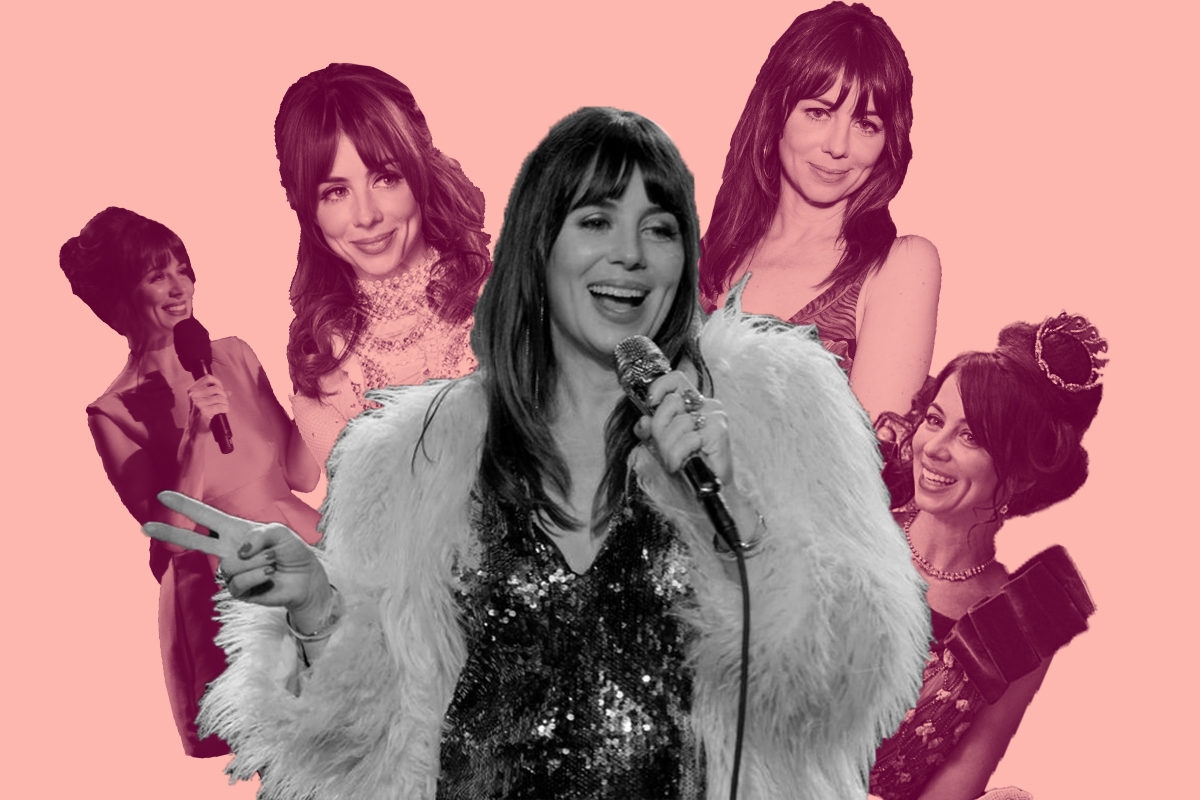 Natasha Leggero is maybe the funniest Jewish mom working right now. Her Instagram feed is full of jokes about her daughter, who was born in February 2018. (She announced the birth with a post from the hospital captioned, “Finally have a toilet baby of my own.”)

In addition to becoming a mom, the 44-year-old comedian also really found her platform this year. In addition to the third season of her Comedy Central TV show, Another Period, she stars in a Netflix special, The Honeymoon Special, with her husband, Moshe Kasher, where she joked candidly about converting to Judaism, being pregnant, and relationships.

At the end, they roast couples in the audience. It’s hilarious, and seriously worth a watch.

Leggero’s husband, Kasher, 39, often jokes about Judaism in his standup. He was raised in a Jewish family; both of his parents were deaf, so he learned sign language at a young age. When he was 1, his parents divorced. His dad joined the Satmar Hasidic community, and his mom (who he describes as a “secular, hippie-type”) moved him and his brother to Oakland, where they survived on food stamps. (Unrelated fun fact: he attended middle school with Chelsea Peretti!) Kasher and Leggero got married in 2015.

But that’s enough about Kasher; here are 11 things you should know about Natasha Leggero:

1. She was born in Rockford, Illinois, calling her family “lower-middle class.” She’s spoken candidly about her struggles growing up and attending school.

2. Leggero rose to fame on MTV, hosting The 70s House, and as a contributor on Chelsea Handler’s talk show, Chelsea Lately. She created and starred in “Another Period,” a Comedy Central show about a wealthy Rhode Island family at the turn of the 20th century. (It’s kind of a mix of Keeping Up With the Kardashians satire and historical comedy.)

3. Leggero was “thrilled” to become Jewish. In an interview on Conan, she talks about her conversion process. “I took like 19 four-hour courses to convert to Judaism,” she explains. “There were two types of people in the Judaism class: actual genuine seekers who wanted to learn something, and then there would be young, beautiful women being forced to convert by their old fiancés with turkey necks.”

4. Also in that Conan interview, she talks about her love for Shabbat, calling it a “party every Friday!” She’s also a fan of other Jewish celebrations; here’s her celebrating Hanukkah in 2017, looking super stylish:

5. She often makes fun of her husband on social media. This isn’t really something to know; it’s more something to appreciate.

There’s nothing quite like the bond between a man and his phone. pic.twitter.com/sdpfEJSCMP

6. Her jokes about newborns on Twitter have been A+ since she gave birth. Our favorites:

It’s hard to open a bottle of wine while holding a crying baby.

I wish my baby wasn’t such a morning person.

Can anyone recommend any good saxophone solos to listen to while baby cries?

I’ve never smelled a baby’s head that wasn’t mine and neither should you.

Apart from the weight gain, hair loss, gingivitis, c-section scar, abdominal separation and peeing when I sneeze having a baby has been a truly amazing experience.

(Leggero, like comedian Ali Wong, has been remarkably open about her birth experience.)

7. On being a woman in comedy, she says, “My experience is that being a woman helps me because it’s a way to set myself apart and stand out. It was really hard when I would do open mic when I first started because there was a lot of misogyny.”

8. Not only is her Twitter hilarious  — her Instagram is fantastic. She’s also open about normalizing breastfeeding, which we love.

Happy Mother’s Day from me and my gold maker @lorenstewart

9. She also explains the raw honesty in her comedy: “I spent so much of my stand-up not wanting to be married or have kids, and now I’m married and trying to have kids. You have to address that and it’s hard, because you can’t just go onstage and do old jokes that don’t reflect who you are anymore.”

10. A large part of her comedic persona is being over-the-top and ridiculous, even though she often speaks about her difficult upbringing. One articled described her act as “projecting an air of mock-refinement and elitism.” Another — a GQ profile titled “Nobody Commits Like Natasha Leggero” — explained her schtick as such: “All performers have a character to some extent, but Leggero is one of the few with a costume. She’s like a wolf in sheep’s clothing, but like a seasoned comedian in socialite’s clothing. She’s always been this way.”

11. To end, not a fun fact, but a cute photo of Leggero and her family (with a great caption, of course):

I love when a stranger asks if you and your family want a picture so you don’t have to take a selfie like a damn animal.