13 Jews of Color to Follow on Social Media Right Now 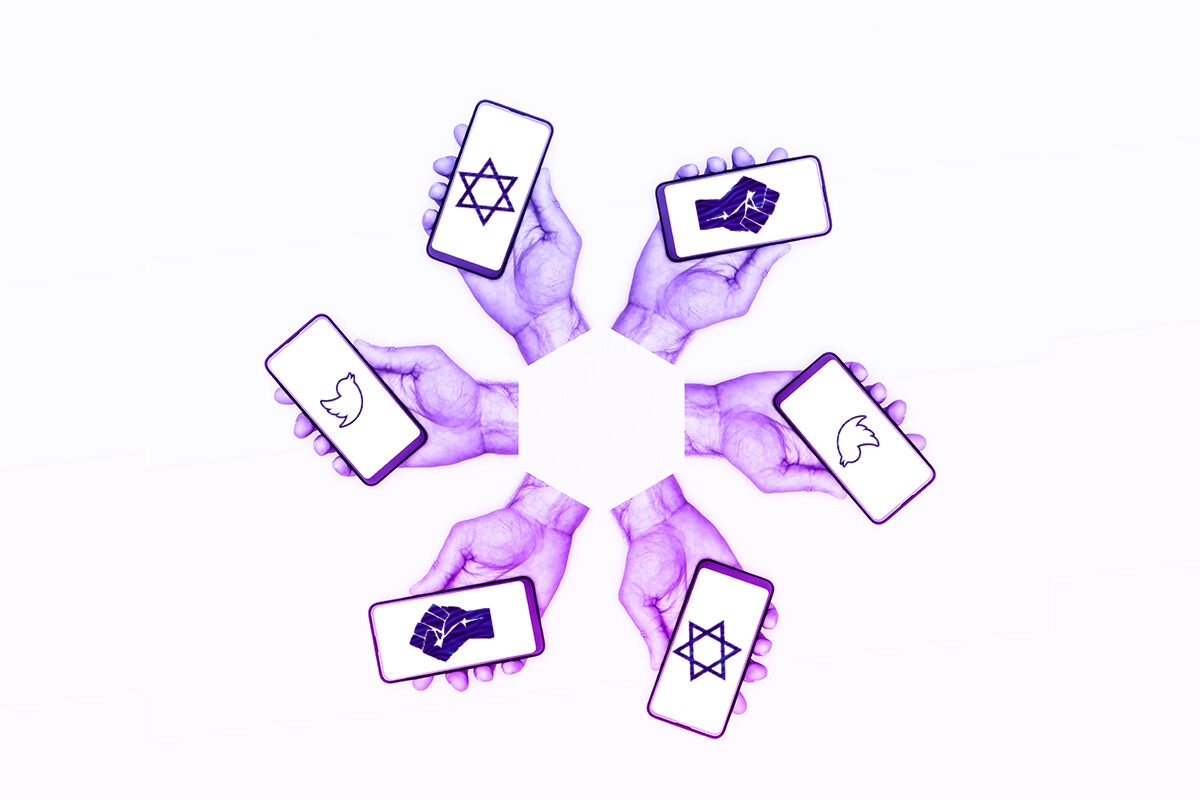 With every news headline referencing the Covid-19 pandemic, the past few months ushered the world into unprecedented times. But recently, for the first time in what feels like forever, coronavirus has taken the back burner to the Black Lives Matter movement.

Are we still in unprecedented times? Absolutely not.

Racism is a scourge that’s ingrained in society. As a community of people who share the pain of serving as the world’s scapegoat, Jews — as well as everyone — have a responsibility to dismantle the systems that have oppressed Black people for centuries. Victims of racism cannot fight their battles alone, nor can they be at the forefront.

Many non-Black Jews are reckoning with how best to support the Black Lives Matter movement and, in an effort to help, they’re turning to People of Color for answers. This is a mistake. Even with good intentions, do not lean on Jews of Color, primarily Black Jews, to do the work for you. It’s exasperating and further illustrates privilege.

So, where to start? Listen to Black Jews, learn from Black Jews, but don’t ask them for help — they’re asking for ours. So here’s one super simple thing you can do: Check your privilege and begin with diversifying your social media.

Here’s a list of 13 Black Jews who are spearheading discourse on race and Judaism on social media. Follow them, support them, and learn from them.

Rabbi Sandra Lawson is a triple threat —  history was made in 2018 when she became the first openly gay, female, Black rabbi in the world. Described as “Snapchat’s Top Rabbi,” Lawson is clearly social media savvy.

The main point of my tweets on race over the last few days is that if you want to talk about race and have a racial dialogue you need to listen to people of color. Specifically in the Jewish community, Jews who benefit from white privilege need to listen to the experiences of JoC

Activist Amadi Lovelace is a name to be known. Black, Jewish, “genderqueer, fat, and disabled,” as she calls herself on her website, Lovelace is “committed to justice and the liberation of all oppressed people.” Utilize her Twitter feed as a top resource during the Black Lives Matter protests.

The best part of the vast majority of my extended family being on the black side? No racist relatives that I need to yell at.

An inspiring filmmaker, writer, and comedian focusing on culture, conflict, and justice, Rebecca Pierce is a must follow. She’s also a contributor to our sister site, Alma!

Shais Rishon, known as MaNishtana, is Black, Jewish, Orthodox, and “born this way,” as his Twitter bio reads. A rabbi, author, and educator, Jewish dad MaNishtana is a leading voice for Black Jews with a flair for “gut-busting sarcasm.”

A cosmologist by profession, Chanda Prescod-Weinstein moonlights as a Black and Jewish activist on social media. Truly a trailblazer, she was the 69th Black woman in American history to receive a PhD in physics and continues to break barriers for Jewish women of Color.

Rapper Yitz “Y-Love” Jordan is a Black, Jewish gay man of many talents, but he’s on this list for his social justice activism. In January, he started raising money to open a JCC for Black Jews who feel alienated from the Jewish community, and he recently launched Tribe Herald, a news outlet for Jews of Color.

farshtunkener? nu, so far are we ahead of you https://t.co/F9sQo3LrC9

“The other day your bubbe was nattering on about some black guy who sings in Yiddish. It’s me,” reads Anthony Mordechai Tzvi Russell’s Twitter bio.

Russel is a Black, Jewish, and gay musician — he’s an opera singer! — who makes up half of Yiddish songwriting duo Tsvey Brider (Two Brothers). Follow him (and his husband, Rabbi Michael Rothbaum, who he met on a date at a New York Mets game!!) for info on Yiddish and the Black Lives Matter movement.

London-based writer Lara Monroe’s writings illustrate the “complex simplicity” of being a “Blewish” woman in the UK. Self-described as a “Blewish cockney version of Hillel,” add Monroe to your repertoire of Black and Jewish moms to know.

Questions in my DMs about does it feel strange being a black mother to a mixed heritage child right now with everything going on and one about how his father feels…do kindly frig off.

An award-winning leader, April N. Baskin has hefty experience in diversity, inclusion, and anti-oppression. A Jewish woman of Color who “loves her communities (in their many facets and intersections),” her voice is one you need in your social media feed.

Diversify your feed and listen to the words of Baltimore-based Black and Jewish writer Bentley Addison.

Truly cannot imagine what de blasios daughter must feel like rn…the police doxx you and share your private info and all your dad can do is defer even more to them as they continue to treat protestors violently? what

Writer Evan Traylor believes in shining a light on those in the shadows. Shouldn’t we all? Follow this soon-to-be rabbinical student and help him bring more “love, justice, harmony, peace, and truth into communities around the world.”

In a recent interview with our sister site JTA, Traylor said: “And right now, we need more from our white Jewish siblings, and more from our Jewish institutions — we need support, allyship, resources, and strategies to confront racism in our community, and in our world. We are all created in the image of God — it’s time to build the Jewish community and world that makes our Torah true in this age.”