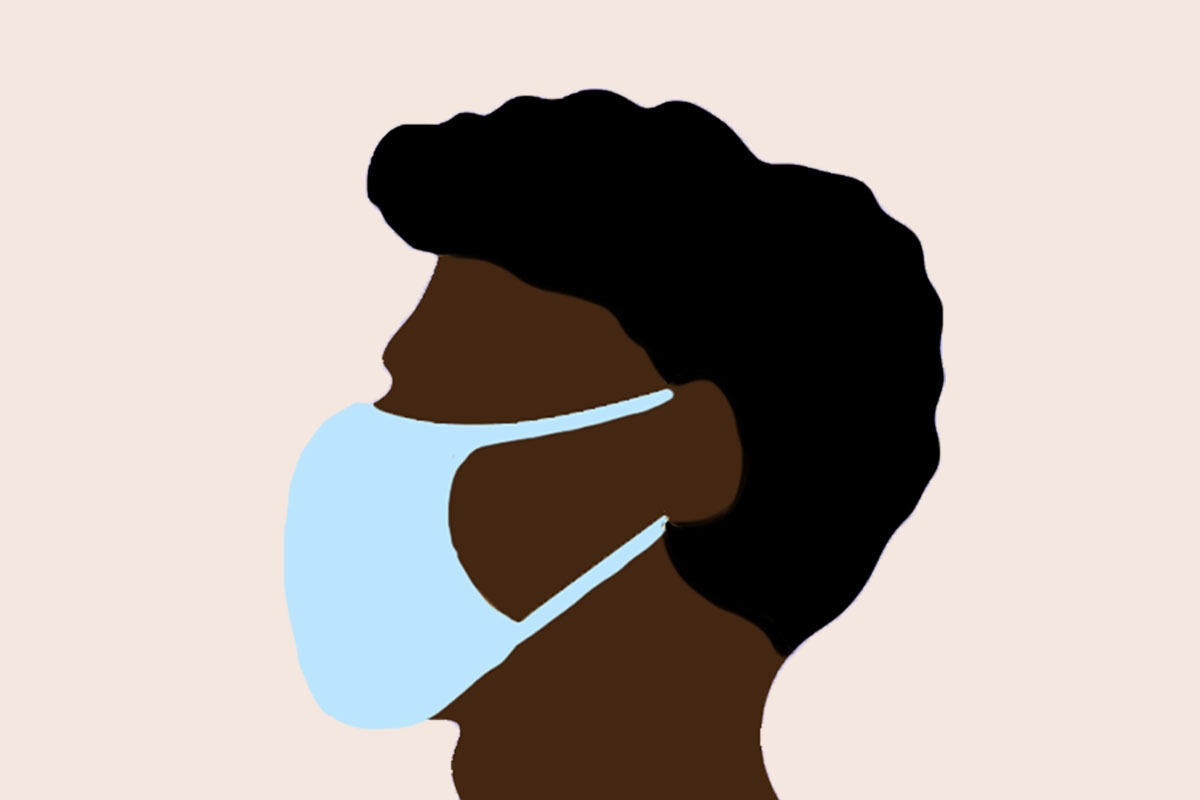 I can’t breathe. Those words became a catchphrase for the Black Lives Matter movement after the police killing of Eric Garner in 2014, but when I say it, I mean it literally. Sometimes I can’t breathe. I have respiratory issues, including severe sleep apnea. I’m dependent on a sleep machine for breathing support at night and will be for the rest of my life. I need help breathing.

Yet during this pandemic, I have been wearing a mask out in public. I do it to show others love. I follow the health and social distancing guidelines in public areas out of respect. But I’m a big, Black guy, and Black and Brown men who cover their faces are perceived as a threat — unpredictable and dangerous.

In the last two weeks, at local parks and hiking areas, I have been described as looking like a murderer. One woman out walking her dog ran away from me for dear life. I’ve noticed that some people get offended when I put my mask on in their presence. All of this while in the company of my 2-year old son, Theo. I don’t know what to tell him.

Theo sees his dad. And I see his confusion about it all. I worry for his safety every waking moment. He has light eyes, light hair, and lighter skin than me, but I still worry about what he will personally experience and see others be subjected to.

The truth is that even before the pandemic, even before I started wearing a mask in public, some people saw me as just a big, suspicious-looking Black guy because of their implicit biases.

I’ve had cashiers not accept checks after customers ahead of me have had theirs accepted without question. I’ve been told that the cash I wished to use that I received from a bank teller was counterfeit because the bills were too new. I’ve been told that without two forms of identification, my ATM or credit cards would not be accepted. I’ve been asked to leave the premises immediately for reasons I can only imagine.

I often bite my tongue, choose my words and actions wisely, and make the best of the cards that I am dealt. I’ve always taken a “kill people with kindness,” “outclass the situation” approach to it all. My motto is to lead with love and compassion in your personal and professional life. But just because I am a jolly good fellow, it doesn’t mean that I don’t have things that pull at me, that affect me to my core. 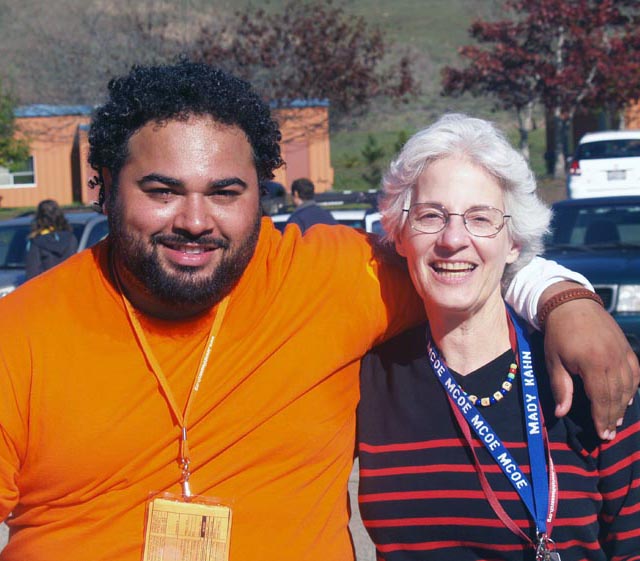 Kahn with his mother, Madelyn. (Courtesy of Kenny Kahn)

Try to see behind my smiles and laughs. I am Black, white, and Jewish. I am a husband, father, son, brother, uncle, and friend. I am an East Bay native, educator, sports fan, writer, speaker, and BBQ enthusiast. Try to see me.

George Floyd did not resist arrest in Minneapolis. He should have been treated with kindness and understanding. When big Black guys like me are harassed, we become scared, short of breath. We can’t breathe.

I’ve had horrible run-ins with the police. As an educator, I have also partnered with police officers. I have family and friends, people I consider brothers, who work in law enforcement. There are good police who are ostracized when these horrors happen, but systematically I have been positioned to be opposed to them. Who protects them in the face of such a tragedy and improper use of authority?

Who will protect my sons in the face of racism and prejudice and profiling?

Who will protect me?

Originally published at Jewish& on MyJewishLearning