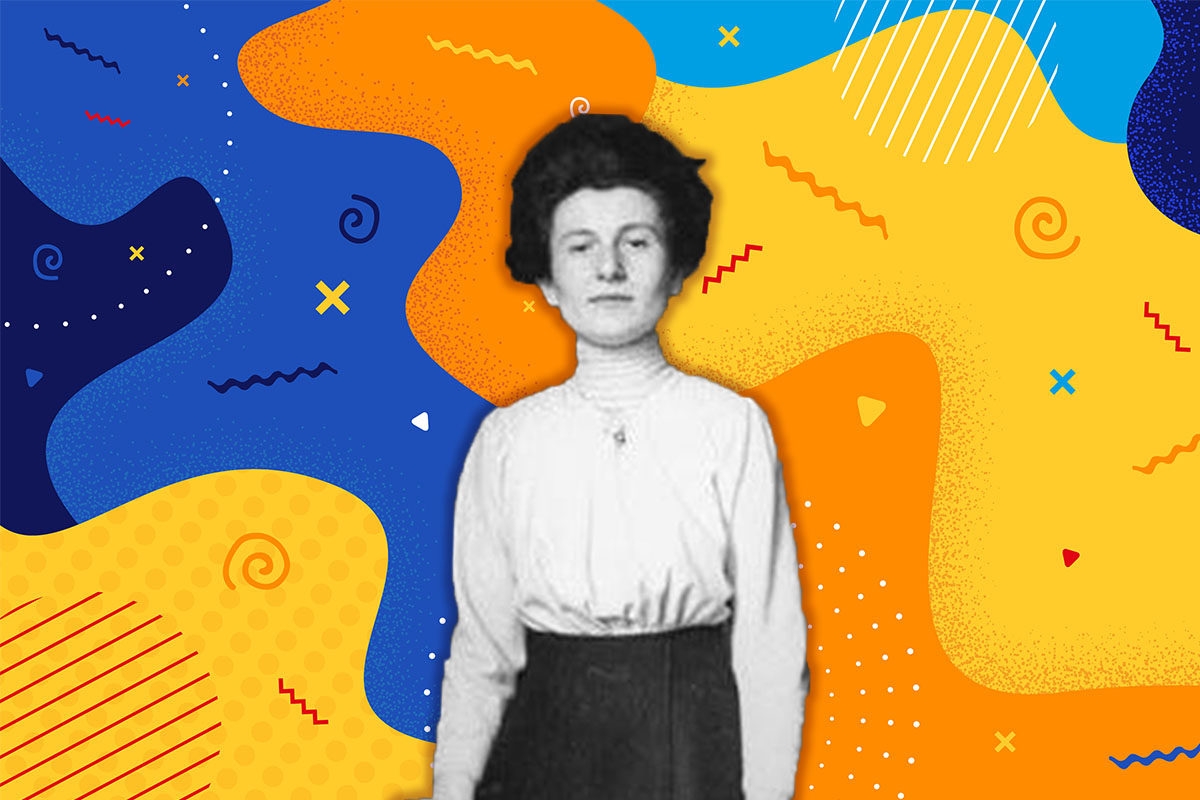 Friday, April 5 would have been German Jewish physicist Hedwig Kohn’s 132nd birthday, and Google is honoring her in the best way possible — with a Google Doodle, of course!

Aside from having one of the coolest names ever, Kohn is known for being one of only three German Jewish women to obtain habilitation — the degree necessary to teach physics at a university level — before the Holocaust.

In 1933, when the Nazi regime gained power, Kohn and her fellow Jewish female colleagues — molecular physicist Hertha Sponer, and nuclear physicist Lise Meitner — were forced out of their university positions. Out of a job and forbidden to teach, Kohn kept herself afloat by working on applied physics research for the lighting industry at the Physics Institute in Germany.

After witnessing the horrors of Kristallnacht, five years after losing her faculty position, Kohn decided she needed to leave Germany ASAP. The thing was, with the Nazis preventing her from furthering her career, she didn’t have the necessary job to apply for a visa. After failed attempts to acquire a visa from the UK, Kohn got lucky in 1940 and escaped Germany with a golden ticket — a visa to Sweden. (Kohn’s brother, however, wasn’t so fortunate. A year after his sister fled Germany, he was murdered.)

Today, on 5 April, in 1887 was born Hedwig Kohn, a female physicist who was one of only three women to obtain habilitation in physics before World War II. Since Hedwig was Jewish, she had to leave Germany and continued teaching when she settled in the US. She was trained in the quantitative determination of the intensity of light, developed methods of extracting information from intensity measurements and wrote numerous articles in scientific journals on these topics. From my illustration series #womeninhistoryillustrated👩‍🎨 #hedwigkohn #femalescientists #femalephysicist #greatwomeninhistory #historicwomen #womeninhistory #womenwhodraw #dailyillustration #creativeillustration #pencilillustration #femaleportrait #zurichillustrator #crativeproject #visualart #creativewomen #femalepower #иллюстрация

A post shared by Liudmila Kazak Illustration (@liudmila_illustration) on Apr 5, 2019 at 2:02am PDT

While in Sweden, the American Association of University Women and the Swedish and British chapters of the International Federation of University women helped Kohn immigrate to the United States. Here, she scored a handful of faculty positions at the Women’s College of the University of North Carolina, Sweetbriar College in Virginia, and the Wellesley College in Massachusetts — she was a certified hustler!

Kohn then went to Duke University to revisit the research she began in Germany in 1912, in which she learned about materials by burning them and measuring the intensity and spectrum of color in the light it created. Kohn contributed hundreds of pages to the leading German physics textbook about her findings in the fields of spectroscopy — the study of the interaction between matter and electromagnetic radiation — and radiation.

Kohn died in 1964, but her research on atomic and molecular spectroscopy was used well into the 1970s, and she is still regarded as a pioneer in her field.

Without that visa from Sweden, who knows where the scientific community would be now?