The moment we’d all been waiting for caught us by surprise: Season 2 of The Marvelous Mrs. Maisel is finally streaming on Amazon! (It actually dropped a day earlier than expected, but, hey, we’re not complaining.)

The titular Midge Maisel (Rachel Brosnahan) is an elegant, hilarious trailblazing Jewish comedienne (who may or may not be a pretty lousy mom). With its incredible 1950s costumes and witty Jewish banter, The Marvelous Mrs. Maisel stole our hearts completely when if first premiered in 2017.

So, in honor of the best show us Jews can proudly call our own, we rounded up some of the character’s classic Jewish names that would be perfect to bestow upon your newborns. L’dor va’dor — “from generation to generation” — am I right?

Check out these marvelous baby names, below, and if you’re in need of more inspiration, be sure to peruse our extensive Jewish baby name bank.

1. Miriam – Miriam is a Hebrew name for girls that means “rising water.” Miriam Maisel — who goes by her cute nickname, Midge — is a newly single mom who’s attempting to break the glass ceiling in the world of standup comedy.

2. Vered — Vered is a Hebrew name for girls that means “rose.” In the show, Rose Weissman (Marin Hinkle) is Midge’s anxious mother, who often seeks advice from a psychic.

3. Shoshana — Shoshana is a Hebrew name for girls that means “rose” or “lily.” In the show, Susie — an English nickname for Shoshana — Meyerson (Alex Borstein) is Midge’s rough-around-the-edges comedy manager.

5. Shirley — Shirley is a non-Jewish name that was commonly used by Jews that means “bright meadow.” Shirley Maisel (Caroline Aaron) is Midge’s mother-in-law.

1. Abe — Abraham is a Hebrew name for boys that means “father of many,” and Abe is a common nickname. Abe Weissman (Tony Shalhoub) is Midge’s strict father, an intense patriarch and mathematics professor at Columbia University.

2. Joel — Joel is a Hebrew name for boys that means “the lord is God.” Joel Maisel (Michael Zegen) is Midge’s estranged husband, who also dreams of being a comedian but rips off material from Bob Newhart.

3. Ethan — Ethan is a Hebrew name for boys that means “strong” or “enduring.” Ethan (Nunzio and Matteo Pascale) is Midge’s eldest son who rarely talks.

4. Jackie — Jackie is a name for boys derived from the Hebrew name “Jacob,” which means “to follow.” In the show, Jackie plays the emcee at The Gaslight, the club where Midge performs standup.

5. Moishe — Moishe is a Hebrew name for boys that means “drawn out of water.” In the show, Moishe Maisel (Kevin Pollack), Midge’s father-in-law, runs a failing clothing manufacturing factory. He disapproves of his son’s affair with a “shiksa” (non-Jew).

6. Benjamin — Benjamin is a Hebrew name for boys that means “son of right hand.” Benjamin Ettenberg (Zachary Levi) is one of the newest characters to join season 2. No spoilers here, but just know that he’s a heartthrob of a doctor.

7. Noah — Noah is a unisex Hebrew name that means “comfort.” Noah Weissman (Will Brill) is Midge’s brother and husband to his newly converted wife, Astrid.

9. Michael — Michael is a Hebrew name for boys that means “who is like God.” After getting arrested for the second time in a week, Midge hires Michael Kessler (Max Casella) as her lawyer. 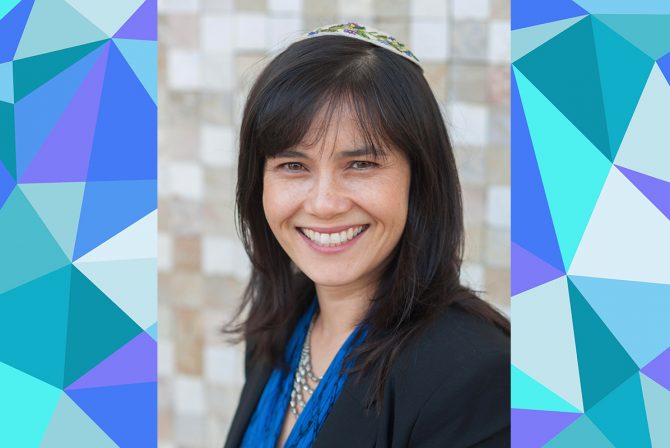