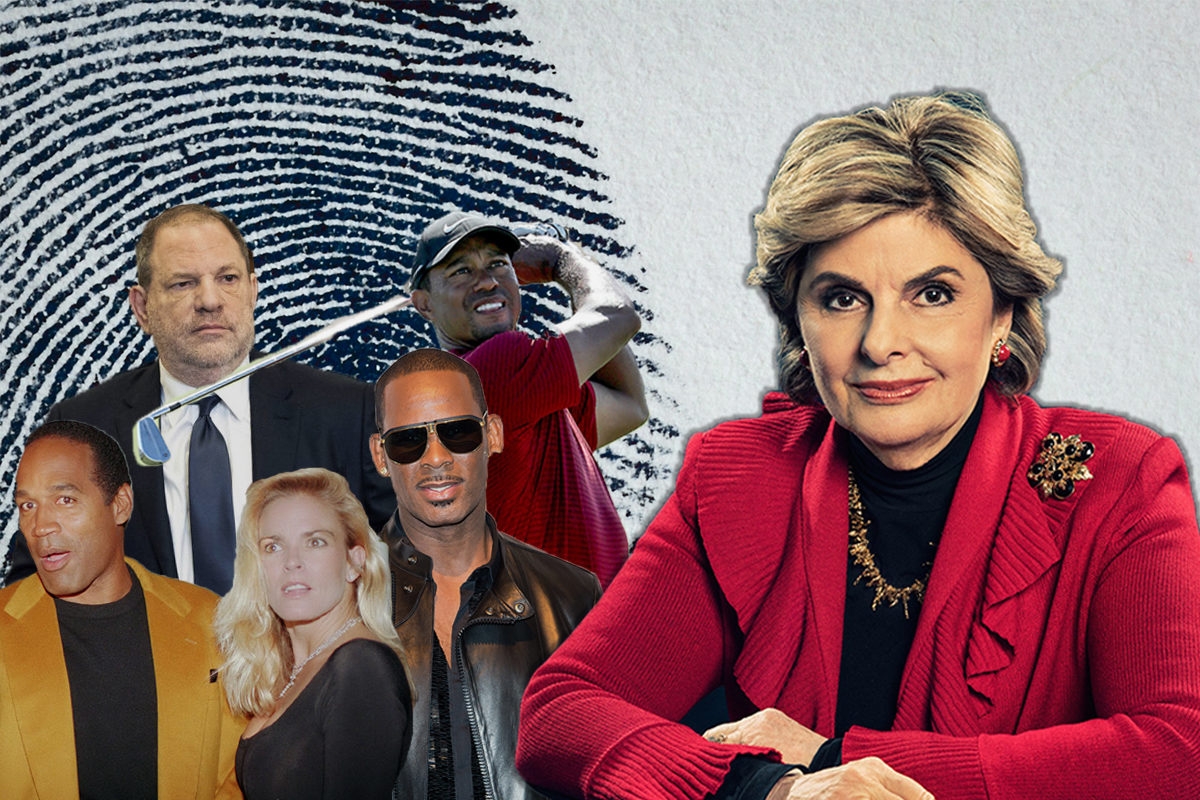 Gloria Allred hasn’t taken a vacation in nearly 40 years. People are often surprised when she returns emails on the weekends and holidays, to which the Jewish lawyer reasons: “Your problem doesn’t wait for Monday.”

At 77, Gloria is as fearless and badass as she was back in the ’70s when she represented Jane Roe in the infamous Roe v. Wade case. (Yup, that one, in which the Supreme Court recognized a woman’s right to an abortion.)

The case was a personal for Gloria — seven years prior, as she notes in her autobiography, Fight Back and Win, she had a back-alley abortion after being raped at gunpoint while on vacation in Mexico, where abortion was illegal. “The doctor [at the hospital] told me he didn’t care if I lived or died,” she told the LA Times. “The nurse told me this was my fault.”

Revered as a “feminist lawyer,” the defender of women and victims of sexual abuse has no plans of retiring. From paving the way for legalizing gay marriage in the United States to holding intense press conferences, Gloria has earned her title as one of the best attorneys in the country.

Currently, the Jewish grandmother is working on yet another high-profile case: Earlier this week, her client Gary Dennis turned in a tape to authorities that appeared to show R&B singer R. Kelly sexually abusing young girls. While Gloria acknowledges that she can’t be “100 percent certain” that the man in the video is in fact Kelly — who is already facing 10 counts of aggravated sexual abuse — if it is, the evidence would be incriminating.

Many of Gloria’s cases create national news, but as she once told Harpers Bazaar, only about 10 percent are picked up by the media. But now that she’s recaptured the spotlight, we thought you should know more about this incredible woman.

1. Gloria Allred — born Gloria Rachel Bloom — was raised in Philadelphia by her salesman father, Morris, and British-born housewife mom, Stella. When asked how they met, Gloria told The New Yorker her doting Jewish parents used to say “in Baltimore, on a streetcar named desire.”

2. Since her father was busy working as a door-to-door salesman and her mother dabbled with all sorts of religions, Gloria would go to synagogue on her own, mostly to attend Sunday school. Her high-school best friend Fern Brown Caplan recalls Gloria being “the most popular girl at every synagogue dance.” (Wait, synagogues have dances?)

3. She met her first husband, Peyton Bray, at a mixer at the University of Pennsylvania, and they married during her sophomore year in 1960. One year after having her daughter, Lisa Bloom, the couple divorced. Gloria was a single mom as she completed her senior year of college — no wonder she knows how to get shit done! Gloria married William Allred in 1968; they divorced in 1987.

4. Along with her law school friend Michael Maroko, in 1985 Gloria won a case against a group of Holocaust deniers who had promised $50,000 to anyone who could dig up evidence that Nazis gassed Jews in Auschwitz. Holocaust survivor Mel Mermelstein — who endured the horrors of Auschwitz — gave his testimony and even provided ashes from the death camp. The deniers accused him of lying, which prompted Mermelstein to sue them. In the end, he won a nearly $100,000 settlement, as well as a public apology from deniers.

5. She has a connection to everyone’s favorite royal, the Duchess of Sussex (who, we all now know, is not Jewish — but her BFF is!). After watching a commercial that advertised soap exclusively to women, 11-year-old Meghan Markle wrote a letter to Proctor & Gamble, pleading them to halt their sexist marketing. They company paid no attention, until Markle sent a similar letter to Gloria, whose influence persuaded them to take down the commercial.

6. One of Gloria’s earliest badass moves: In 1981, she sent Senator John G. Schmitz, a staunch anti-abortionist, a chastity belt. In response, Schmitz called her a “slick butch lawyeress” — which ended very poorly for him. Gloria sued the senator for libel, and pocketed a $20,000 settlement and an apology. Hell yeah!

7. Gloria is literally a matriarch of a family of legal minds: Daughter Lisa Bloom is also a feminist attorney — she represented Blac Chyna when her baby daddy Rob Kardashian shared her nude photos on Instagram, as well as and a myriad of women who accused Fox News host Bill O’Reilly of sexual harassment. (Fun fact: Rob’s father, the late lawyer Robert Kardashian, was O.J. Simpson’s friend and lawyer, and faced off with Gloria in the murder trial.) Gloria’s granddaughter, Sarah, is also a lawyer, and her grandson, Sam, is a paralegal.

9. A year after being admitted to the State Bar of California in 1975, Gloria founded the Allred, Maroko & Goldberg firm. The firm would later become the first to file a lawsuit in California that led to the right of same-sex couples to marry in the state, which paved the way for same-sex marriage across the country.

10. Barack Obama has called Gloria “one of the best attorneys in the country.” Wow!

11. Gloria once sued a men-only club over membership discrimination policies. The Friars Club in New York didn’t allow her or her male guest (who was not a member of the club) to have a business lunch, to which she told the New York Times that the club didn’t consider “the fact that women such as myself also do business at lunch.” After she was done with them, Gloria became their first female member.

12. Thanks to her work, pregnant actors were given rights to continue working while pregnant. She represented actress Hunter Tylo in a case against Aaron Spelling for firing her because she was pregnant — she was supposed to appear on Melrose Place —  which led the jury to grant her $4.8 million in reparations. Yowza!

15. While she was kicking ass in the courtroom, she also managed to co-host a radio show on KABC Talk Radio in Los Angeles for 14 years. On top of that, she also hosted a nationally syndicated TV show, We the People, with Gloria Allred. Although it only ran for two years, it was nominated in 2012 for a Daytime Emmy Award.

16. Now that you know all these incredible facts about Gloria, it shouldn’t surprise you that last year Netflix released Seeing Allred, a movie about her incredible road to success, and how she helped victims turn into survivors.