5 Reasons Climate Change Is an Essential Issue for Jewish Families 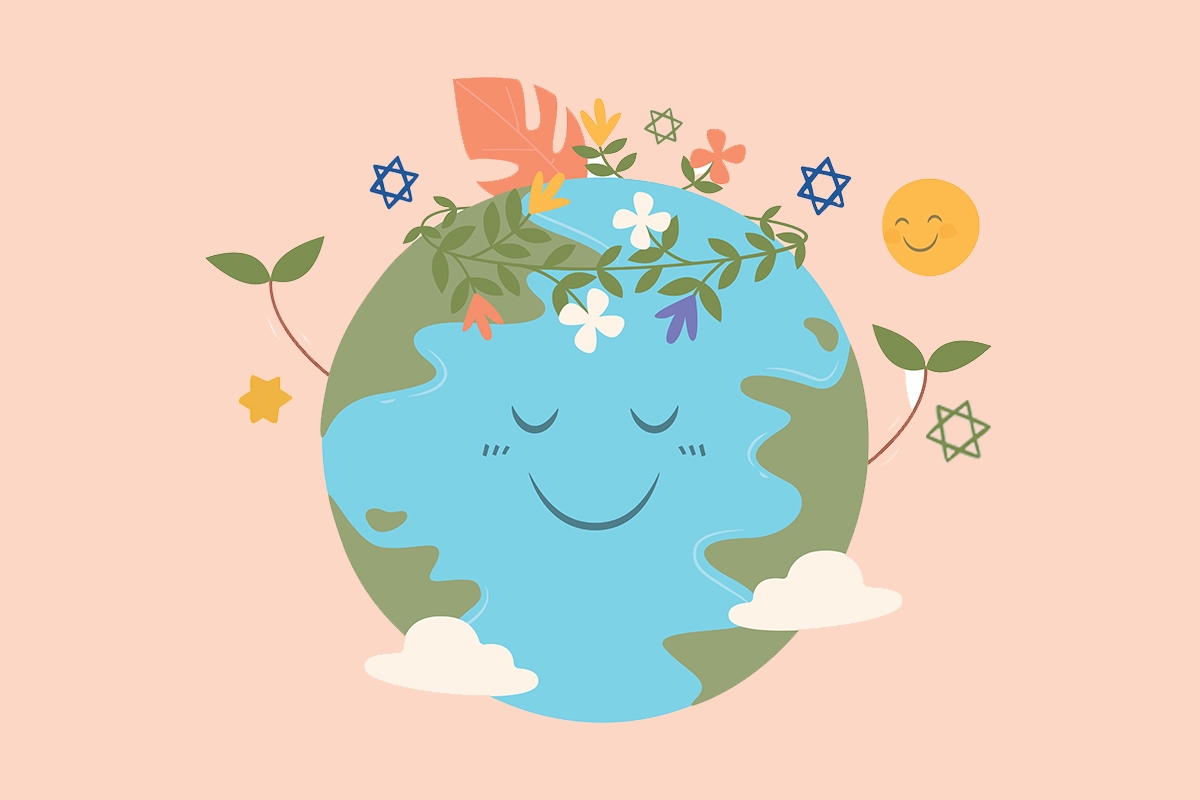 As hard as it can be to keep up with the news when you have young kids, you’ve probably noticed that climate change is here and it’s real. If the constant, dire warnings from scientists weren’t enough to pique your concern, the global mega-storms and mega-fires of the past year — plus a certain global pandemic, with some of the same causes and effects as climate change — have gotten pretty much everyone’s attention.

So whether you schlep your family around in an SUV, in a hybrid, on a bike, or on a subway train, it’s time for all parents — and, needless to say, that includes us Jewish parents — to stand up for our children and take action to confront the climate crisis.

Still, you may be wondering: What’s Jewish about climate change? And what do Jewish parents have to offer the effort to confront it? The answer to both is: a lot! Here are the five main reasons why Jewish parents can and should be at the forefront of climate action.

1. From one generation to the next

We Jews are proud of our kids, and nothing should make us prouder than seeing them stand up for their future by confronting climate change. Young Jewish climate leaders like Zero Hour co-founder Jamie Margolin, Youth Vs. Apocalypse co-founder Isha Clarke, Future Coalition executive director Katie Eder — plus the myriad young Jews active in Sunrise Movement and other youth-led climate organizations — are enough to have you schepping naches whether they’re your kids or not. (You can hear their inspirational stories this week.) Now, wouldn’t you love to be involved, too? The truth is, our children are already leading the way on climate — the most inspirational climate leaders are young people — so our job is to follow their lead!

2. Justice, justice you shall pursue

We Jews love justice, and climate intersects with just about every justice issue there is — from racial justice to economic justice to immigration to public health disparities. Poor people, people in the Global South, and Black, Brown and Indigenous people are already experiencing the destructive effects of climate disasters like typhoons, sea-level rise, multi-year droughts and famines, and mega-storms like Hurricane Maria. There’s no way to confront climate change without combatting the injustices tied to it, and vice versa. As Jews, it is impossible to follow the Torah’s commandment to pursue justice without joining the climate movement. That means listening to the voices of those most impacted and following their lead — they’ll benefit now but we’ll all benefit later. You can teach your kids first-hand about the Jewish commitment to justice by joining the fight for climate justice… and bringing them along.

3. The enduring tradition of Jewish camp

If you went to Jewish summer camp, you know that some of our most impactful Jewish experiences happen outdoors. We all want our kids to experience this, too — but that’s only possible if our forests aren’t threatened so much by logging, destructive invasive species, and mega-fires so deadly that we can’t go hiking or protect our camping infrastructure. (Yes, at least one Jewish camp burned down in a climate-fueled megafire already.)

Just why do the outdoors lead to such deep Jewish experiences? It’s not coincidental: The created world is where we experience ourselves as part of something larger; it’s where we get perspective; it’s where we renew. When we are in nature, we can hear that still small voice inside us telling us that the world is filled with holiness and we are part of that, inseparable from it, and obligated to preserve it. Let’s listen to that voice, so our kids can hear it, too.

4. No Judaism without the natural world

There would be no Torah, no Shabbat, no Judaism without the inspiration that the natural world provides. Think of the majestic description of a world created in harmonious perfection in the Creation story in the opening chapter of Genesis. Psalms — which fill our prayer books — are full of natural imagery, including trees and mountains and rivers that celebrate being alive with us. And the principal Jewish holidays laid out in the Torah — Passover, Shavuot, and Sukkot — are all agricultural festivals, carefully attuned to the seasons. Shabbat is the day that God stopped working to just enjoy the beauty of Creation — and that’s why the Torah wants us to continue to observe Shabbat, as a “remembrance of the work of Creation.” In short, there would be no Judaism without the natural world. We wouldn’t be setting a great example for our kids if we didn’t do everything we can to protect the very source of our lives and our tradition.

5. We want a future for our children

No one has ever accused Jewish parents of not doing the utmost for our kids and trying to secure the best future for them possible, right? Well, nowadays, that means making sure their generation has a future at all. As climate-fueled disasters strike close to home – from floods to fires, storms to sea-level rise – you might be asking yourself what else might be coming around the corner. Scientists say we have less than a decade to turn the ship if we are to avoid immense human suffering and the destruction of earth’s life-support systems — this  means what we do in the next two years to get on track matters. Young climate activists are constantly telling us this is an existential issue for their generation. As youth climate leader Greta Thunberg urges us: “I want you to act as if our house is on fire. Because it is.”

We all want to pass on our precious Jewish traditions and our precious world to our children and their children. Whether you’re concerned about “Jewish continuity” or have never heard the phrase, there is no continuity of the Jewish people and our beautiful Jewish families without human continuity. The most important way to ensure continuity is to fight for the future, and the most important time to do it is now, both because time is running out, and because we have unique opportunities: We can capitalize on the new political context this month by calling on President Biden, his administration, and members of Congress to take these seven climate actions in their first 100 days in office. And we can make a personal commitment to climate action… today!

As parents, we all want to do what’s best for our kids, but often it’s easiest to do the things that we can individually control — save for college, get them resources to succeed, counsel them. But that’s no longer enough. Although it can be harder to implement — as anyone who has tried to get a proposal through a PTA knows — collective action is what has the bigger impact, and that’s where we’re going to sink or swim when it comes to climate. The good news is, we can start right where we are, with our own Jewish communities, getting together to take action that will give our children a future. A great first step is happening right now, on Tu Bishvat — this New Year for the Trees: You can join the Big Bold Jewish Climate Fest, including events for kids and families, and take action.

Parenting is a big responsibility, and confronting climate change adds even more responsibility. But it’s also the best chance we have of passing on our Jewish values and a future to our children. And that will make you feel great.