Israel’s Public Schools Have Really Let Us Down 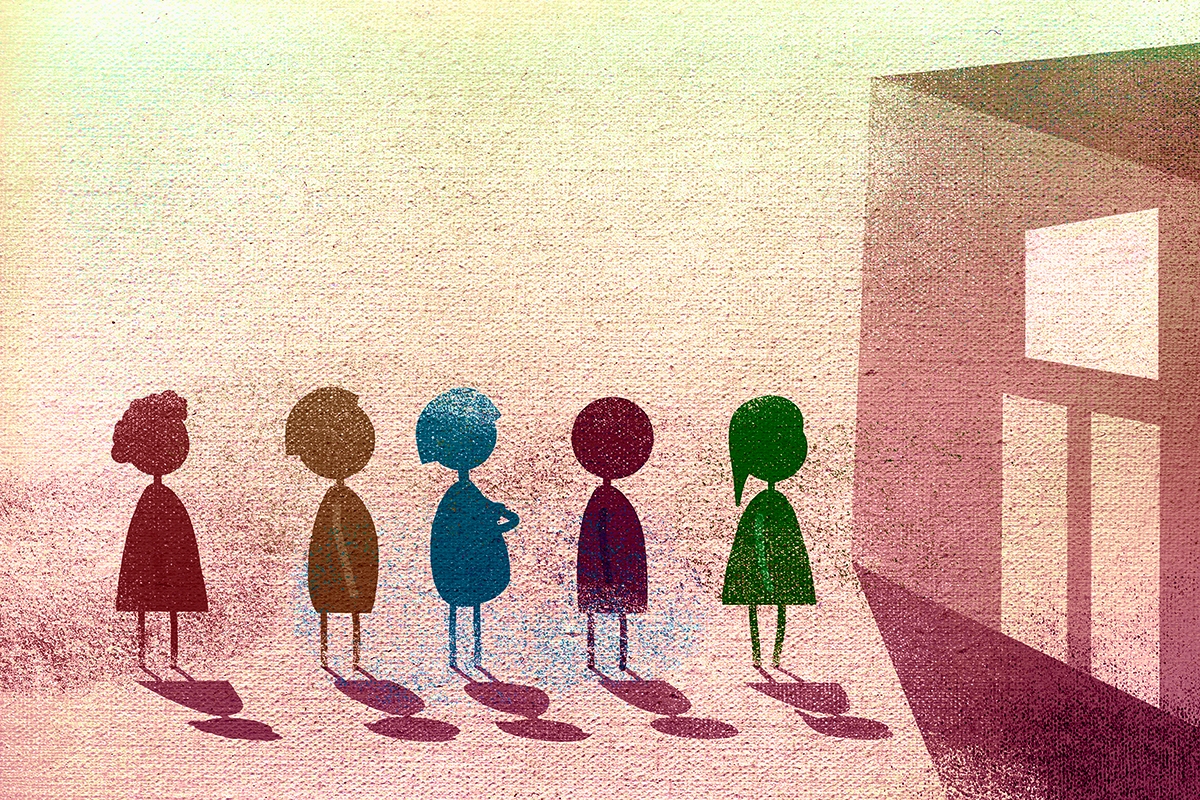 When I moved my family to Israel a year and a half ago from the United States, I knew I’d probably be downgrading my kids’ education.

After all, we were exchanging private Jewish day schools in suburban New York for public schools in Israel, where the school day was shorter, the curriculum more limited, and the class sizes bigger. But we believed the tradeoff was worth it — both for us and for the kids.

What I didn’t realize was how many new English vocabulary words and phrases my kids — now in first, third and fifth grades — would learn as they overheard my wife and me describe what we were encountering: incompetence, disarray, tardiness, amateurishness, antiquated teaching methods.

During our first year in Israel, I wasn’t so bothered by the educational shortcomings. Our main goals that year were for our kids to soak up the language and make friends, which they did.

But by the time Israeli schools shut down in mid-September — just two weeks into the current school year — for a second national lockdown to control the raging coronavirus pandemic, my wife and I were losing patience.

When school was open for in-person sessions, our kids came home with stories of teachers habitually yelling, classes that bored them (my kids are not easily bored), and ridiculous homework assignments that involved copying text. The math they were taught last year was a repeat of what they’d learned the previous year in the U.S. For reading, rather than tackling actual books, the kids were sent home with photocopies of rudimentary two-page stories.

My oldest kid’s Torah curriculum last year: wading through the entire Book of Leviticus. That’s great if you’re planning a career in tabernacle construction — otherwise, not so much. Even gym, once my eldest son’s favorite period, was lousy: Instead of playing team sports, they did calisthenics.

When the national lockdown arrived this fall — shuttering the schools from mid-September through the end of October for my younger kids, and late November for my oldest — my wife took up the difficult task of managing our kids’ distance learning. Very quickly, it became apparent that the curricula consisted of assigning pages in workbooks and screening abysmally bad videos, rather than actual teaching. We longed for an approach to learning based on cultivating intellectual curiosity, creative thinking, and emotional intelligence. We yearned for classes where children who needed extra help got it, and those who excelled could be challenged rather than bored.

But the system isn’t set up for that. Due to small budgets and Israel’s perennially high birth rate, classes in most schools are overcrowded. Teachers are overworked and poorly paid, so the profession doesn’t typically attract or support pedagogical excellence. It’s why you have Torah teachers doing double duty as math instructors and Talmud teachers handling science. The school day is short — only about five hours — and there’s not enough time in the day.

Meanwhile, coronavirus made explicitly clear what the real point of Israeli schools is: child care. When schools were shuttered, public officials described them as the key cog in the system that would enable parents to go back to work and get the economy rolling. When schools partially reopened in November — elevating the risk of viral spread but enabling parents to return to work — children in fifth grade and up were kept home because, everybody understood, they did not require the main function school provided: babysitting. Ten-year-olds could be left home alone.

Then there were the pandemic failures, when our children were supposed to be remote learning. Even by October, more than six months in, there were some teachers who couldn’t master basic Zoom functions, like muting participants. Some were routinely late to their own classes, or rarely checked kids’ schoolwork.

That is, if the teachers logged on at all. My third-grade daughter’s math teacher was absent for six weeks because she didn’t have internet at home or a smartphone (she lives in an Orthodox community that shuns those things). How the school could hire such a teacher, and how she could fail to be prepared for a remote-learning scenario, was beyond me. On the plus side, my daughter was only missing two lessons a week because that’s all the math she got.

It’s not all bad, of course. Our neighborhood has relatively few children, so my kids’ classes are relatively uncrowded. The school’s guidance counselor is helpful and the principal is well-meaning (and well-armed: he wears a handgun on his hip). Some of the teachers are warm and supportive. When relegated to Zoom teaching, my son’s fifth-grade teacher tried to liven things up by replacing some lessons with a guest magician, a chocolate soufflé-making activity, or an in-person gathering in the park.

When the schools finally reopened a few weeks ago, we sent our precious charges back with masks and hand sanitizer and strict instructions about maintaining hygiene. Meanwhile, they came home with reports of empty soap dispensers in the bathrooms.

By then it was clear to us: As in Israel’s vaunted high-tech sector, the Israeli education system was about achieving “MVP” — minimum viable product. Any bells or whistles would have to come from elsewhere.

I’m far from the only parent in Israel to realize this. “What we discovered in the last three months about the education system should scare every citizen who cares about the future of this country,” Israeli radio host Nurit Canetti wrote in late June. “What a fiasco, what a mess, no vision or looking forward, and everything from the vantage point that all that’s needed is babysitting.”

She continued, “It hasn’t been working for a long time now, but the fiasco of the last few months is extreme even for the Israeli system. I don’t understand how we’re not talking about it, and how Israeli parents, who invest so much in their children, are willing to swallow everything that’s shoved down our throat when it comes to what we get from the education system.”

My wife and I try to fill the gaps ourselves as much as possible. My kids study some English on the side, and their wide-open afternoons leave plenty of time for guitar and other lessons. But many after-school enrichment programs aren’t operating due to the pandemic, and because my wife and I are struggling just to keep our heads above water while juggling child care and full-time jobs, my kids spend a lot of time on their own projects. Fortunately, that involves more Lego building and reading than screen time.

I have a close friend in Jerusalem who homeschooled his children for many years. I used to laugh at him, pointing out that while I paid hefty Jewish day school tuition fees so my kids could go to Jewish schools, he had them available to him for free. I couldn’t understand why he kept his kids at home.