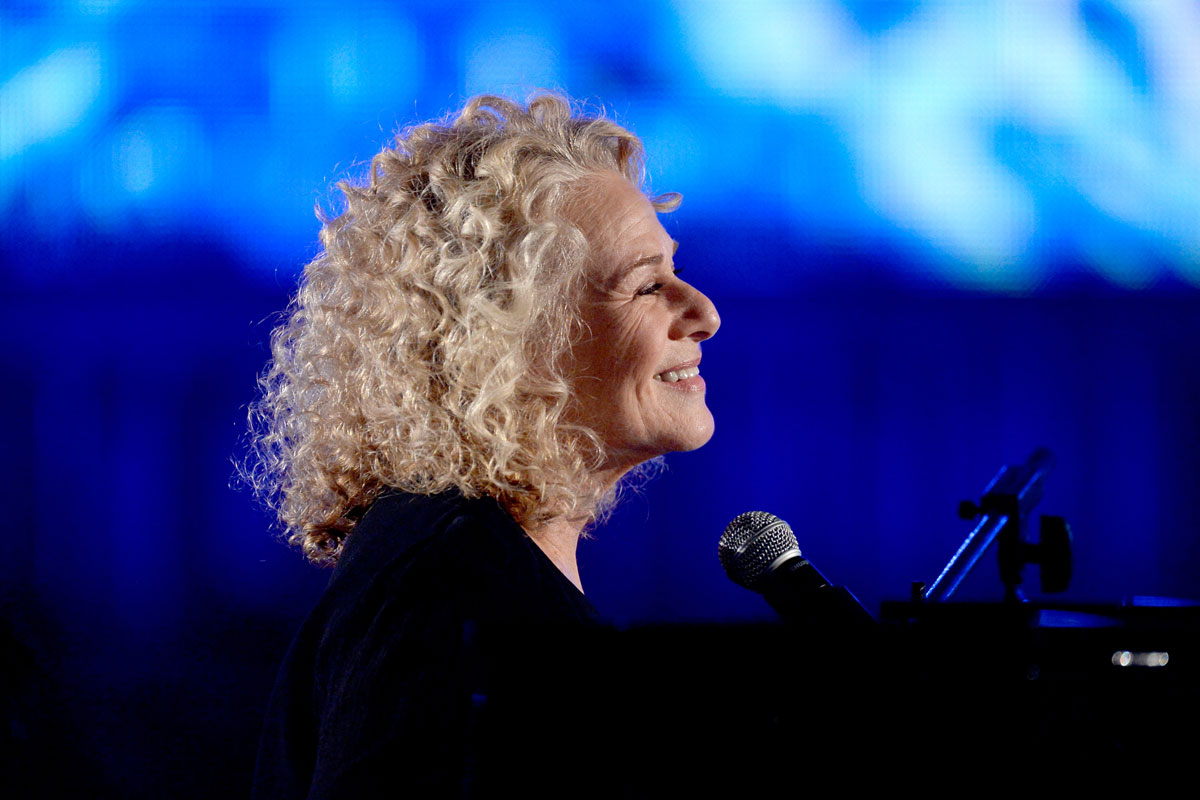 Watching “Beautiful,” a show about the life of iconic singer-songwriter Carole King, with my Jewish mother on Broadway remains one of my fondest memories, which is why I was stoked to discover last week that the musical is getting made into a movie.

Sony just announced that the biopic adaptation of “Beautiful” is going to star Daisy Edgar-Jones and will be directed by Jewish filmmaker Lisa Cholodenko of the excellent “The Kids Are Alright.”

Cholodenko recently completed the first pass of the script with co-writer Stuart Blumberg. Tom Hanks and Gary Goetzman of Playtone will be among the film’s producers, along with Paul Blake, who produced the Broadway show.

King told Variety that she’s excited about Daisy’s casting — “[She has] a spirit and energy that I recognized as myself when I was younger. She’s a tremendous talent and I know she’s going to give a great performance.”

Edgar-Jones is an excellent actress who shined in “Normal People,” “Where the Crawdads Sing,” “Fresh” and “Under the Banner of Heaven,” the latter of which she was recently nominated for a Golden Globe. But as many have noted on Twitter, Edgar-Jones, unlike King, is not Jewish.

There are three Haims, daughters of Mordechai and Donna. Just keep that in mind. https://t.co/ktXCjILWQU

This is the latest in a trend when it comes to biopics about famous Jewish people. There’s Felicity Jones as Ruth Bader Ginsburg in “On the Basis of Sex.” Helen Mirren in the upcoming “Golda,” Bradley Cooper who is about to star as Leonard Bernstein in “The Maestro” and so many more. It’s also worth noting that Jessie Mueller, who popularized the role of King on Broadway, is also not Jewish.

So while I’m not surprised by the decision to cast Edgar-Jones, I am disappointed. Many looked up to King throughout her career for how she embraced her Jewish “looks,” if you will: her curly hair, her nose, her earthy, nice Jewish girl from Brooklyn vibe, which at the time was far from the mainstream beauty ideal.

It’s not likely that the casting will change at this point, but there are other Jewish roles the film has yet to announce casting for, like King’s first husband and songwriting partner Gerry Goffin, Lou Adler, Neil Sedaka, Don Kirshner and frequent collaborators Barry Mann and Cynthia Weil.

King was born Carol Joan Klein in Brooklyn, New York, and was raised partly by her immigrant grandmother, Sara Besmogin. Sara, who was born Shayna in Russia, and who witnessed pogroms growing up, moved to the U.S. as a teen. Her parents were bakers, and King grew up envying the rich families she delivered her parents’ good to — she wanted to be like the rich girls playing piano, and as King recalled in an episode of “Finding Your Roots,” she would never get to do that as a Jewish woman of her generation.

But Sara got a piano for Eugenia, King’s mother, and it was Eugenia, a schoolteacher, who gave Carole her early piano lessons. In high school, King studied and collaborated on music with the likes of Paul Simon and Neil Sadaka. Soon she took on her stage name Carole King.

Through her music, King has acknowledged her Jewish heritage, contributing to the 1994 album “Life’s a Lesson,” which collected Jewish folk songs, and in her 2011 holiday album “A Holiday Carole,” she recorded “A Hanukkah Prayer” along with her Jewish daughter Louise Goffin and her grandson, Hayden Well.

We also all got a glimpse of her beautiful silver menorah when she gave performances from home to cheer up those sick or quarantining.

So while King will not be played by a Jewish actor in the upcoming film, we can comfort ourselves with the Jewish joy she gives us and the fact that her incredible, history-making music will finally make it onto the big screen.