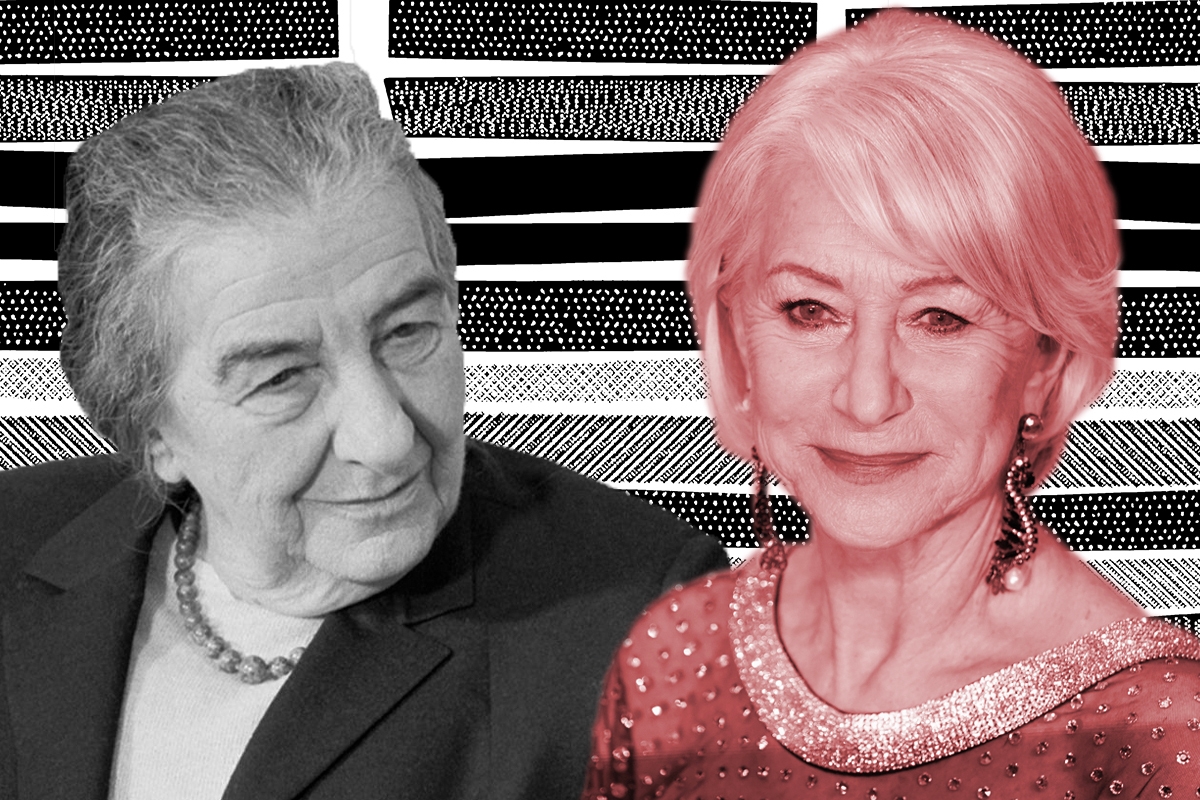 Just last month, it was announced that Shira Haas (of Shtisel and Unorthodox fame) was going to star as Golda Meir in an upcoming limited TV series, produced by none-other-than Barbra Streisand.

Now we find out there’s another Golda Meir project in the works — and this one stars the incomparable Dame Helen Mirren.

Mirren — a goddess and a powerhouse whom we would literally watch in anything (seriously, if you told me she was starring in a movie as a pumpkin I’d preorder the tickets right now) — has played her fair share of historical female figures, from Cleopatra to Queen Elizabeth. But this will be her first time playing the first (and so far, only) Israeli female prime minister — who has previously been portrayed by the likes of Ingrid Bergman, Anne Bancroft, Lynn Cohen, and Tovah Feldshuh.

Meir was born in Ukraine, grew up in Milwaukee, and moved to Israel as an adult. She was elected to lead the Jewish state by the Mapai party after the death of prime minister Levi Eshkol. She led the country during one of its darkest times — the Yom Kippur War, which was recently dramatically portrayed in the devastating Israeli TV show Valley of Tears (available on HBO Max). She resigned after the terrible public backlash following that war.

The upcoming movie starring Mirren will also focus on the Yom Kippur War. It will be written and produced by Nicholas Martin, who wrote the delightful Florence Foster Jenkins.

The script will delve into “Golda’s final chapter as the country faces a deadly surprise attack during the holiest day of the year, a core of delusional generals undermining Golda’s judgment, all the while undergoing secret treatments for her illness,” according to a statement from the film’s director, Guy Nattiv.

Nattiv, who is Israeli, won an Oscar in 2019 for his controversial short film Skin. In his acceptance speech, he talked about his grandparents, who were Holocaust survivors.

“The bigotry that they experienced in the Holocaust, we see that everywhere today, in America, in Europe. This film is about education, about teaching your kids a better way,” he told the crowd at the Academy Awards.

In a statement to Variety, Nattiv discussed why directing this project about Golda Meir means so much to him: “As someone who was born during the Yom Kippur War, I am honored to tell this fascinating story about the first and only woman to ever lead Israel,” he said.

He added that he “could not be more excited to work with the legendary [Helen Mirren] to bring this epic, emotional, and complex story to life.”

This movie sounds incredibly fascinating, and we can’t wait to watch Mirren act the living daylights out of it. Production on the project is set to start as early as October — here’s hoping for a 2022 release!