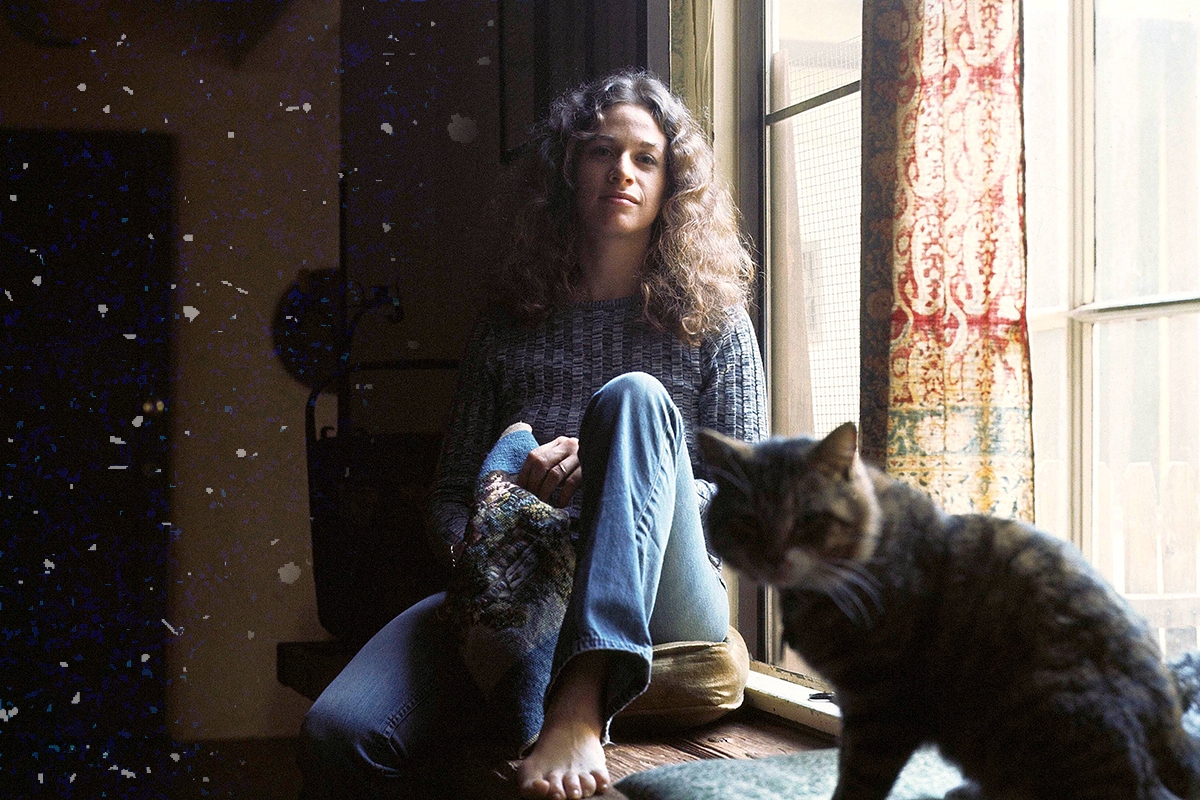 This has been quite a momentous week for Carole King. Our favorite Jewish songstress, who was born Carol Klein in New York, turned 79 on Tuesday. Then, on Wednesday, she was nominated for induction into the Rock & Roll Hall of Fame — as a performer; she has already been inducted as a songwriter — the very same day that her legendary album, Tapestry, turns 50. So many reasons to kvell!

Tapestry was a history-making album: It stayed on the Billboard charts for more than five consecutive years — more than any album until Adele’s 21. It won four Grammy awards and sold over 14 million copies.

Tapestry is an absolute treasure, it’s hard to think of a more flawless album — every song is catchy, moving, and inspiring. It’s a full rollercoaster of emotions. For so many of us — young and, well, older — these songs are more than just titles on an album. They’ve been companions through heartbreak, challenges, and yes, through many joyful moments (and yes, many episodes of Gilmore Girls — more on that in a bit!). The legendary album has truly woven itself into the fabric of our lives (pun intended).

King was 29 when Tapestry came out, it was her second studio album. Three of the songs were co-written with her ex-husband and songwriting collaborator, Gerry Goffin, who was the father of her two older daughters. Two of those songs, “(You Make Me Feel Like) A Natural Woman” and “Will You Love Me Tomorrow,” had already been popularized by Aretha Franklin and The Shirelles (respectively), but King gave them her own raw, emotional, raspy twists.

Jewish lyricist Toni Stern also collaborated on two songs on the album, “It’s Too Late” and “Where You Lead.”

But the majority of the songs in the album were written by King herself, including the impossible-not-to-dance-to “I Feel the Earth Move,” the wistful “So Far Away,” and the affirming, wonderful Beautiful, which wound up being the title of the successful Broadway musical based on King’s life.

One could write hundreds and thousands of words about the significance of each of the songs in the album, but I’m going to focus today on “Where You Lead,” which became the iconic theme of Gilmore Girls, the oft-binged mother-daughter show from Jewish showrunner Amy Sherman-Palladino (who went on to give us The Marvelous Mrs. Maisel).

It was actually another Jewish songstress who helped popularize “Where You Lead” — Barbra Streisand. That’s right, Babs covered the song not once, but twice, and both versions made the U.S. charts — her original 1971 version made it to #40, while a medley of the song with “Sweet Inspiration” made it to #37 the following year.

For years, though, King herself abandoned the song. As her daughter, songwriter and singer Louise Goffin told Buzzfeed in 2016, her mom didn’t want to sing it anymore because “it had these kind of ‘stand by your man’ lyrics and she wasn’t feeling it anymore. She didn’t feel like it was an empowering song.”

“After I recorded it for the Tapestry album, we women decided that we didn’t actually need to follow our men anymore,” King herself explained in an interview in 2004. “But then it got a new lease on life.”

Here’s how it all went down: In 2000, almost three decades after the release of Tapestry, Goffin got a call from her mother, asking her if she’d be interested in re-recording the song together for what would become the Gilmore Girls.

“She called up and said, ‘Some friends of mine are making a pilot about a mother and a daughter and they asked me if I would sing my song ‘Where You Lead’ with you,” King told Goffin.

Goffin had just given birth to her first child — which made the entire recording even more meaningful. They recorded the song in Goffin’s old home in Laurel Canyon, and the father of her child was the one who helped produced the track —  it “a family-centered thing in every single way,” she said. The mother and daughter team changed the lyrics a bit, to make the song more contemporary (“You never know how it’s all gonna turn out, but that’s OK/ Just as long as we’re together, we can find a way,” was a new addition).

“When she was singing it with me, it just gave it a whole new spin,” Goffin said. “She realized she was singing from the point of view from a mother to a daughter rather than a woman to a man.”

That is how the song was born again — as a love letter from a mother to her daughter. It got new lyrics, and new feminist meaning — as one that inspired an entire generation.

King went on to play Sophie Bloom, a music store owner in Gilmore Girls. And, in the revival, Goffin even got a small role as the sister of the town troubadour (she can be seen singing around Stars Hollow).

The story of “Where You Lead” is so emblematic of the power of Tapestry, the way its songs are so evocative and immortal. The songs reinvent themselves with every new generation while also forming a bond between one generation and another — between daughters, mothers, and even grandmothers.

A few years ago, back when Broadway was still bustling, I went to see the musical Beautiful with my own mother. We were enchanted by this story of a curly-haired Jewish girl who looked and sounded like us, who made music that is so powerful and immortal. Listening to the performances of the songs from Tapestry, my mom and I bonded in a way we seldom had before — we swayed in our seats to “Earth Move Under My Feet” and “Natural Woman” and we cried together to “Beautiful.” We sat together, squeezing each other’s hands through the joy and the wonder of this album, which was created so long ago but  still feels oh-so-fresh.

Thank you, Carole, for what you have given us. Your music is a gift, especially in tough times like the ones we are living through today.