In a New TV Special, This Black Jewish Mom Tackles Antisemitism and Racism – Kveller
Skip to Content Skip to Footer

In a New TV Special, This Black Jewish Mom Tackles Antisemitism and Racism 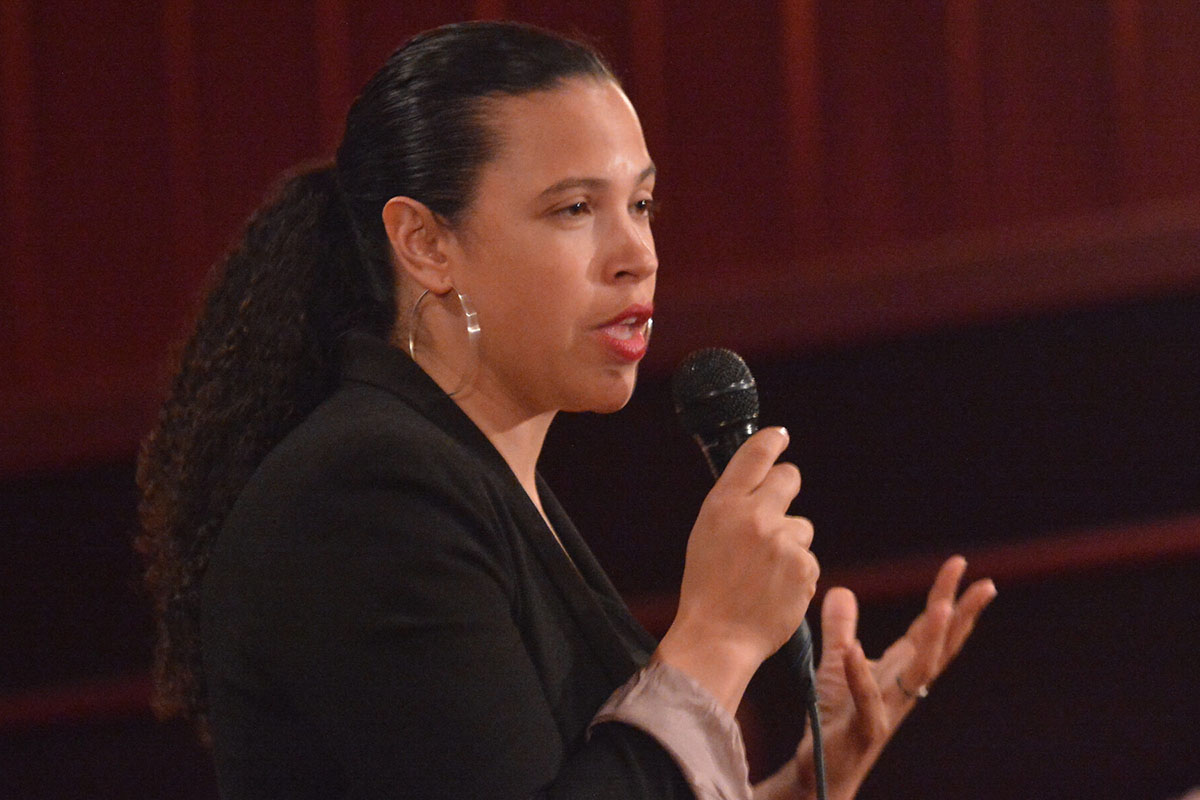 Throughout her career, Schwartz Delgado, 44, has shared her unique identity journey. Her documentary “Little White Lies” tells the story of her upbringing in Woodstock, New York with two white Jewish parents. She did not know her biological father was Black — or that she herself was Black — until she was in college.

This new project offers a new opportunity for Schwartz Delgado and others to explore the intersections of Black Jewish identity and, according to BET, how the Black and Jewish communities “have historically come together in solidarity to push forward an agenda of inclusivity and collective change.”

The documentary will also explore the solidarity between these communities, in the face of increased racism and antisemitism in recent years. There will be appearances by other prominent Black Jews, like social media influencer Hannah Bronfman and actress Rain Pryor, along with Jewish community leaders like Rabbi Jill Jacobs and Rabbi Sharon Brous.

Despite the growing understanding of intersectionality — a term coined by Kimberlé Crenshaw in 1989 that means “the interconnected nature of social categorizations such as race, class and gender as they apply to a given individual or group, regarded as creating overlapping and interdependent systems of discrimination or disadvantage” — Schwartz Delgado is very familiar with the discussions and perceptions of the Black and Jewish communities as separate.

As she told the Forward, “many of us who identify as Black and Jewish understand that a lot of times the conversations are about the Black community in America, and the Jewish community in America. But many of us feel very connected to both of those communities. And I felt one of the biggest things that was really important — and BET absolutely felt this way as well — was that we feature Black Jewish voices.”

We are so glad that Schwartz Delgado is creating space for Black Jews to recognize their belonging in both communities. She has also shared that the project became extremely important to her and — not surprisingly! — took up much of her time. So much so that she kept working on the project on Mother’s Day, a day most mamas (Schwartz Delgado included) typically take off.

In an Instagram post, Schwartz Delgado shared an adorable video of her husband, New York Rep. Anthony Delgado, and their twin sons (who are also twinning when it comes to missing baby teeth!), wishing her a happy Mother’s Day while she was out in the field, working on the film. They tell her, “Happy Mother’s Day, Mommy! We love you, we can’t wait till you come home. Good luck with work! Go, go, go!” The clip could not be more supportive of their hardworking mom (and partner)! Check it out:

As Schwartz Delgado reflects in her caption, “I usually try to not work on Mother’s Day and be with family, but the schedule didn’t allow that and something about being in the field shooting actually felt meant to be that day. Especially because that day I got to shoot with two other incredible mothers (#SusannahHeschel and #Yavilah McCoy) who are also incredible thinkers and activists and inspire me to keep doing the work that I know can make change.”

We believe that this is totally where she was meant to be that day, and we are so inspired by Schwartz Delgado’s commitment to changing the world and to telling these stories. We look forward to watching the special on BET tonight at 9 p.m, and it will also be available on BET.com beginning on Friday. Go, go, go!