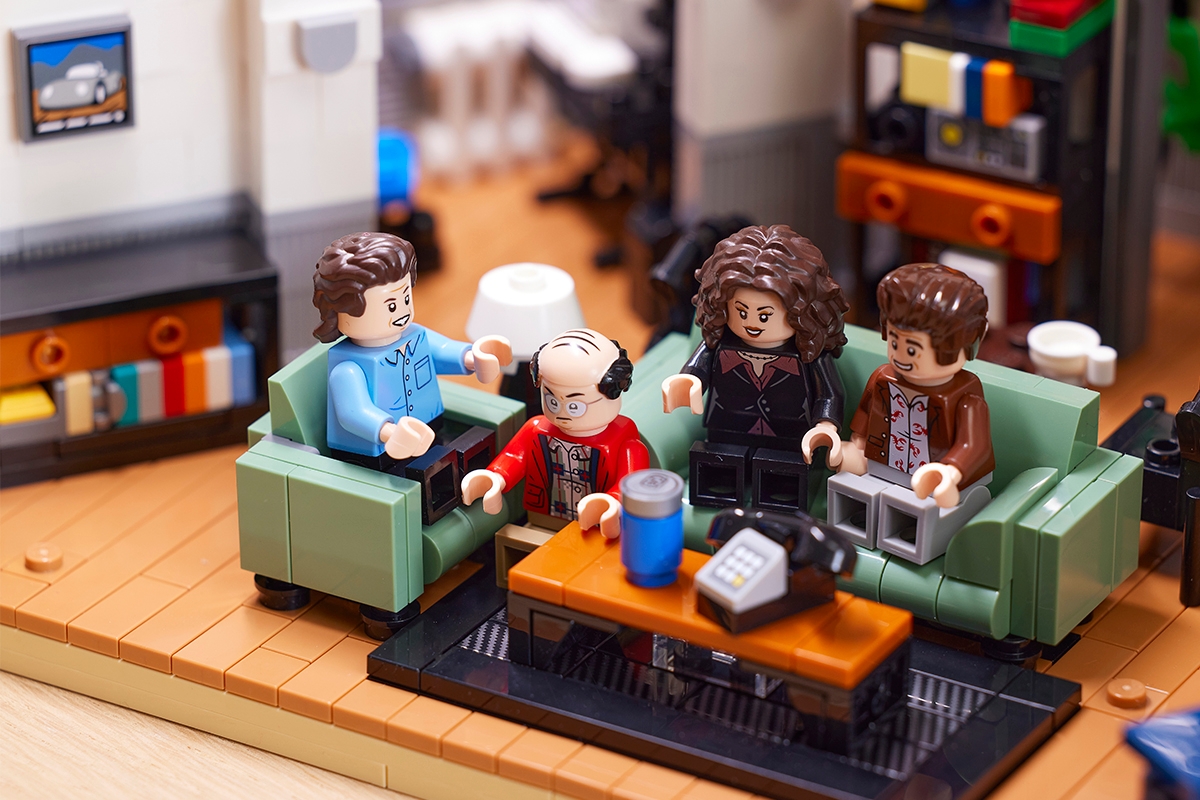 Here at Kveller, we absolutely LOVE Lego. And, of course, we love “Seinfeld.” So, imagine our extreme delight when we learned that, in honor of the sitcom’s 32nd anniversary of its first episode (July 5, 1989), Lego announced a new, incredibly realistic “Seinfeld”-themed set!

Yes, it sounds like the stuff of fantasy, but it’s true: The 1,326-piece Lego set is replete with five minifigures (Jerry, George, Elaine, Kramer and Newman), the set for Jerry’s apartment, a stand-up comedy stage and — wait for it — a Festivus pole. 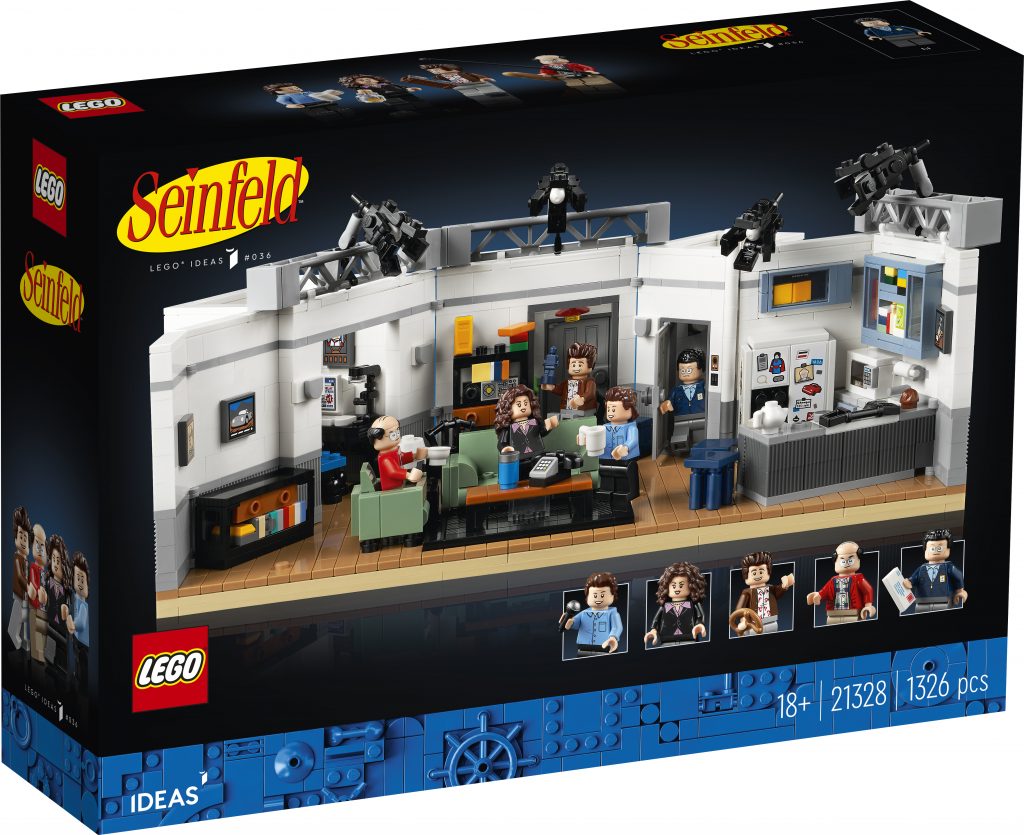 The set — which will be available on July 21 for “Lego VIP” members, and to the wider public starting August 1 — was dreamed up by an Australian Lego and “Seinfeld” uber-fan named Brent Waller. Waller submitted his idea on the LEGO Ideas  platform, an “initiative that takes new ideas that have been imagined and voted for by fans and turns them into reality,” according to the company.

“I loved Seinfeld in the 90s and recently re-watched them all,” Waller, the co-founder of a video game company, said in a statement. “I thought it was a travesty that a Lego Seinfeld set didn’t exist so I made an effort to resolve that and make the best rendition of Jerry’s apartment and the gang that I could. The biggest challenge was trying to cram as much detail from the show into the kitchen, all the cupboards, items in the cupboard and on the bench-tops. But I am very proud of how it turned out.”

As he should be! The set is chockablock with details, from the art on the walls of Jerry’s apartment to the magnets on the fridge. (True, we also would have loved a buildable version of Monk’s, AKA “The Coffee Shop,” but who are we to complain?)

“Seinfeld,” of course, is probably the iconic sitcom of the 1990s — and a very Jewish one, at that. As our pals at My Jewish Learning note, “the show was spearheaded by Jewish head writer Larry David (the inspiration for Jerry’s friend George Costanza, portrayed by Jason Alexander), assisted by Jewish writers Tom Leopold, Carol Leifer (the model for the character of Jerry’s friend Elaine Benes, portrayed by Julia Louis-Dreyfus), and Dave Mandel, ‘Seinfeld’ soon emerged as the hippest sitcom in America.”

That’s despite initial concerns from executives that the show was “too New York, too Jewish.” As NBC’s entertainment president, Brandon Tartikoff — himself a New York Jew — memorably asked: “Who will want to see Jews wandering around New York acting neurotic?”

The answer, was, of course: just about everyone. At its prime, “Seinfeld” drew audiences that are simply unthinkable today, with some 76.3 million Americans watching its finale in 1997. As one of our preeminent authorities on Jewish humor, Carl Reiner, once noted: The show’s brand of humor was “a neurotic Jewish craziness and narcissism that just captured America.”

Honestly, this mama finds it a bit hard to believe that it’s been more than 20 years since “Seinfeld” went off the air. The sitcom is no longer available on Hulu but it’s expected to be streaming on Netflix sometime in the fall, where all 180 episodes (yes — that’s a multiple of chai!) there. In the meantime, if you want to be, uh, a master of your very own “Seinfeld” domain, you can purchase this incredible Lego set for a cool $79.99. Perhaps it’s a bit pricey for a toy about nothing, but it’s one we’re coveting, nonetheless.