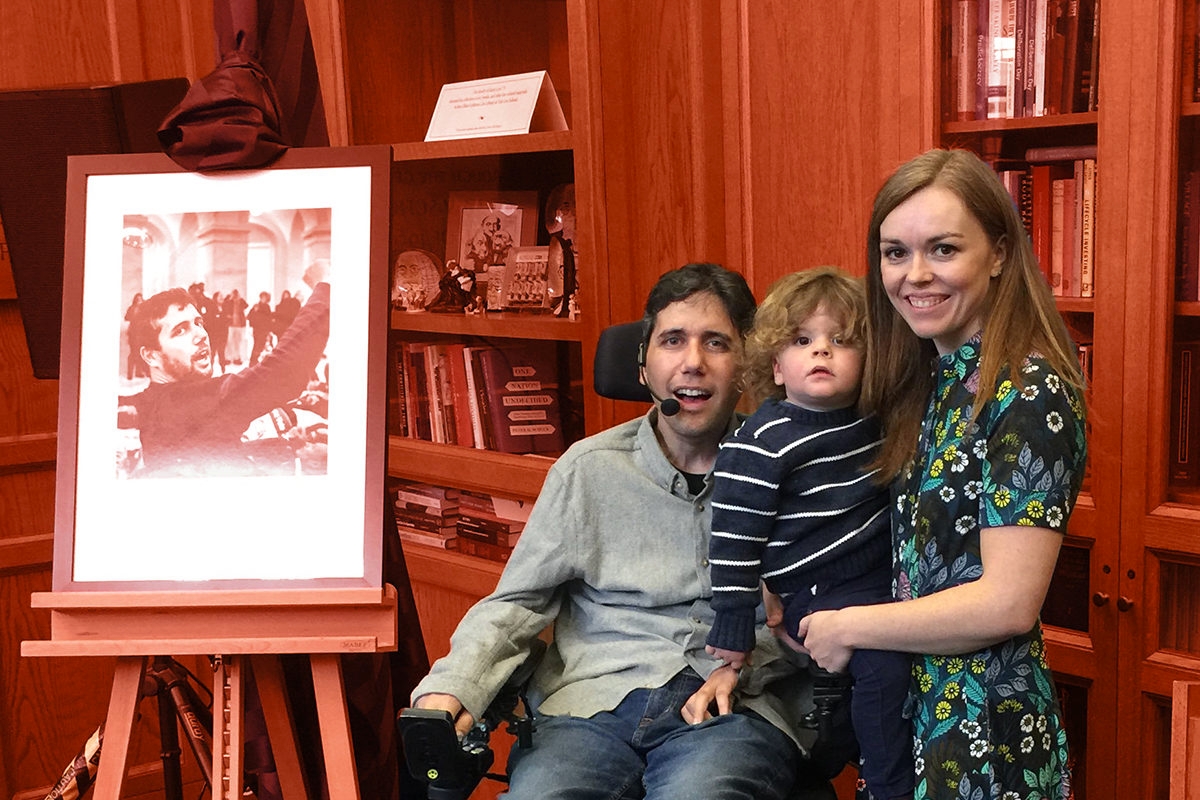 Mazel tov to incredible healthcare activist Ady Barkan and his wife, Rachael King, on the birth of their second child, Willow Simone!

In a deeply moving 30-second video posted on Twitter, we see Barkan — who has ALS, a degenerative neurological disease, and is in a wheelchair — gaze lovingly at his wife. He then turns his attention to his beautiful, dark-haired baby, who obliges with a (adorably barely audible) yawn.

If the smile on Barkan’s face as he looks back at his wife doesn’t completely melt your heart then, well, perhaps you’re made of stone?

Our daughter, Willow Simone. Thank you for this joy, @rachael_scar. pic.twitter.com/IQOahHIbP0

Barkan, as you may recall, was recently mentioned by name by Elizabeth Warren at July’s Democratic presidential candidate debate. Since his ALS diagnosis in 2016 — shortly after the birth of his son Carl — the lawyer-turned-activist has been an indefatigable advocate for Medicare for All. But that’s not his only cause: Barkan, a senior campaigner at the Center for Popular Democracy, has been outspoken on many, many causes, including protecting DACA and reforming the Federal Reserve. In fact, he’s been arrested seven times for protesting at the capitol!

As King herself tweeted, their baby Willow is named after her maternal great-grandfather, William, and “one of our heroes, the great singer and activist Nina Simone.”

Perhaps not surprisingly, given his high profile — Barkan’s recent book, Eyes to the Wind, was blurbed by Warren and fellow candidate Bernie Sanders, with a forward by Alexandria Ocasio-Cortez — numerous celebrities and politicians responded to the moving video with heartfelt messages of their own, including actress/activist Alyssa Milano:

Your smile at the end is everything. Congrats, to my favorite couple.

And the “Momala” herself, Kamala Harris:

Congratulations to you, Rachael, and Carl! Willow is so lucky.

Mazel tov to Barkan and the entire family!