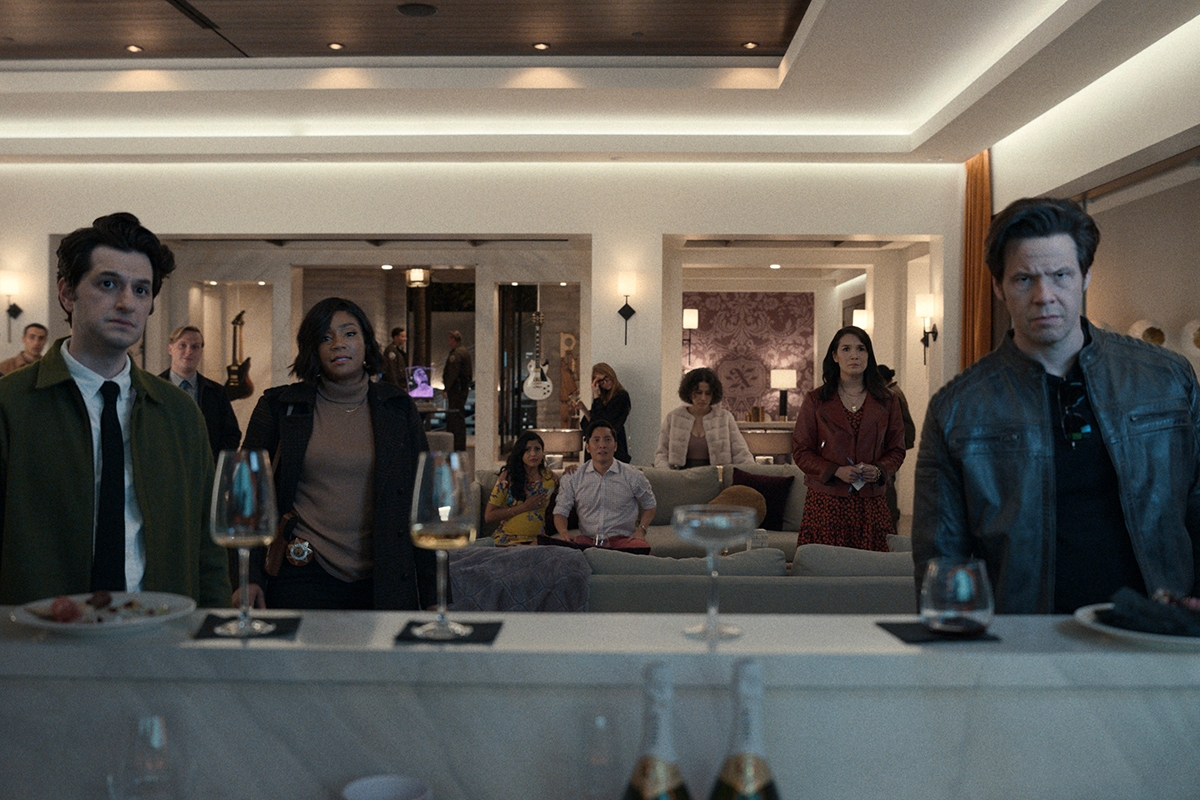 I’m getting an awesome present for my birthday this year! All my favorite Jews in one TV show. That’s right, Apple TV+ has a new show, “The Afterparty,” coming out on January 28 (my birthday!) and starring oh-so-many funny Jews.

The new comedy show is a whodunnit murder mystery, which all the best comedies seem to be lately (hello, “Only Murders in the Building”) and will center around the killing of Xavier — played by the Jewish actor and wonderful villain portrayer Dave Franco — who is a pop star, actor and celebrity humanitarian found dead in the wake of the afterparty of his high school reunion.

A trailer for the show was just released, and it looks very fun indeed:

Investigating the murder is Detective Danner, played by none other than bat mitzvah queen Tiffany Haddish (Haddish recently sampled smoked salmon for the first time with her nephew and she was not feeling it, but that’s OK, it’s not for everyone).

Danner is aided by Detective Cusp, played by John Early, who is not Jewish, but who is hilarious and also officiated Amy Schumer’s wedding as his character Vicky V (“We have gathered today for what I’ve just been told is a Jewish wedding,” is how he started the ceremony).

At least three of the possible suspects (?) are played by amazing Jewish comedians. Each of their characters has an episode dedicated to them (and their mind movie, of course).

First, there’s new-ish mama and “Broad City” co-creator Ilana Glazer who plays Chelsea, and who brings an actual Jewish moment to the trailer when someone makes a comment about her wild curls: “Did you see her hair, it looks like she made out with a tornado,” someone says about her.

“So much volume,” another woman responds.

So yes, I feel like we can safely assume that at least Ilana’s character is Jewish.

The wonderful Ben Schwartz (Jean-Ralphio of “Parks and Recreation” and the voice of Sonic the Hedgehog and Rabit Rabitowitz of “Bojack Horseman” to name but a few roles, as well as an excellent stand-up comic) plays Yasper in the show, who appears to be quite a character, and also the center of a choreographed song and dance number that I personally can’t wait to see.

“I’m telling you a story here, I’m building character arcs, dynamics,” Yasper tells Detective Danner as she asks him to hurry along with his testimony.

“Filming this show, with this cast, crew, and director was one of the best experiences a human can experience,” Schwartz wrote on social media.

Lastly, we have Ike Barinholtz aka Morgan from “The Mindy Project,” who plays another suspect, Brett. Barinholtz is also a shofar master and the king of latkes, apparently? I mean look at those beauties. We love a multi-talented jaddy.

Barinholtz, a father of three IRL, also plays a dad in the show. When he brings up his daughter to meet Xavier, the pop star says some very non-child-appropriate things.

“Daddy, I love him,” his daughter replies.

Also in the cast: Sam Richardson of “Veep” and Zoe Chao of the Facebook Watch comedy “Strangers.” So yes, this is, all in all, an excellent cast.

The show was created by Christopher Miller from the team behind “21 Jump Street,” “Cloudy With a Chance of Meatballs,” the LEGO movies (yes), and the excellent (and somewhat Jewish) “Spiderman: Into the Spiderverse.”

This show seems very promising, and I will very much be watching it for all these hilarious Jews. But I am asking the universe to please let this show be a hit because, as I established above, it is for my birthday, which is also Elijah Wood’s birthday, and we deserve good things. Thank you.