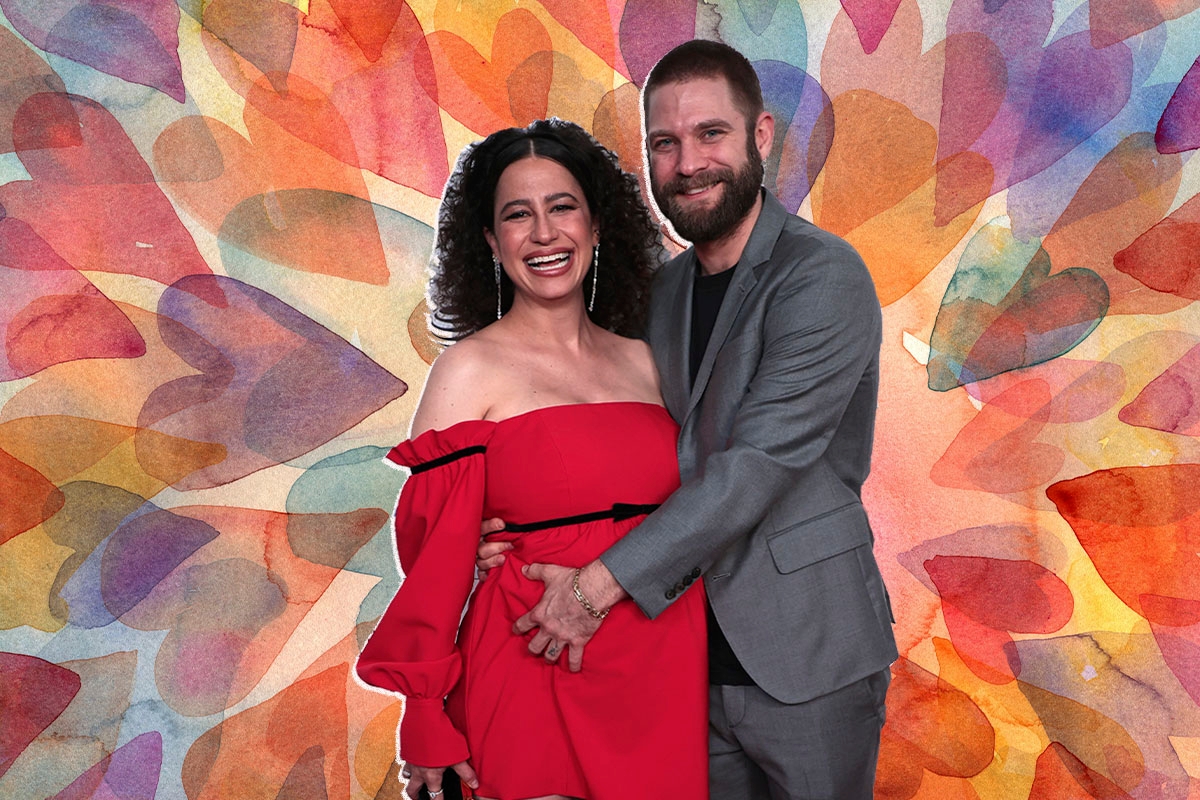 We were so excited to learn today that Ilana Glazer — the Jewish “Broad City” actress and star of the recent IVF horror film “False Positive” — has just welcomed her first baby! Mazels!

Glazer, 34, shared the news on Instagram with a gorgeous photo of herself breastfeeding her baby, covered by only a nursing pillow and her bundle of joy. Glazer writes, “been breastfeedin in compression socks for the past 3 weeks, hbu?” No exaggeration, she is glowing!

We are not only in love with this unfiltered photo of early motherhood, we are so into Glazer’s always-candid commentary — this time about compression stockings, which are recommended for a variety of reasons, including swollen feet and ankles, which happens to 75% of pregnant people and is also common after birth.

Naturally, the post has been commented on by fellow celebs like Katie Couric, Meena Harris, Chelsea Handler and Julia Louis-Dreyfus, who all have well wishes for the new mama.

Glazer welcomes her baby along with her husband of four years, David Rooklin, the co-founder of Redesign Science, a biotechnology company. Rooklin subtly broke the news a week ago, sharing this drawing captioned: “quick sketch of new mom and 🌹🐣.” A scientist, an artist, and a new dad? Wow.

The couple opted not to learn the sex of their baby before its birth. Two weeks before her due date, Glazer told Page Six: “I’m feeling a boy but I have no idea, obviously.”

We have adored the way that Glazer has chronicled her pregnancy on Instagram, from her “queer mama” post for Pride month to a gorgeous photo taken before a recent “Good Morning America” appearance, in which she wears a hot-pink matching knit set, unbuttoned to accommodate the belly, that she captioned “Boca chic.”

Glazer’s recent Hulu film, “False Postive,” is a feminist film about an IVF process gone wrong. Glazer told Entertainment Weekly is “about how the patriarchy is expressed through medicine.” It also, coincidentally, was filmed during her real-life pregnancy. She used her film’s platform to educate the public about birth justice, reminding her audience that “maternal death rate is rising” especially for Black women in the U.S.

While Glazer has not yet shared the baby’s name or gender, we can’t wait for more info soon. (Plus, Kveller has a great resource for Jewish baby names, just in case the couple is in need!) We are so excited for Glazer and Rooklin, and we wish them all the best in these special first moments of new parenthood.