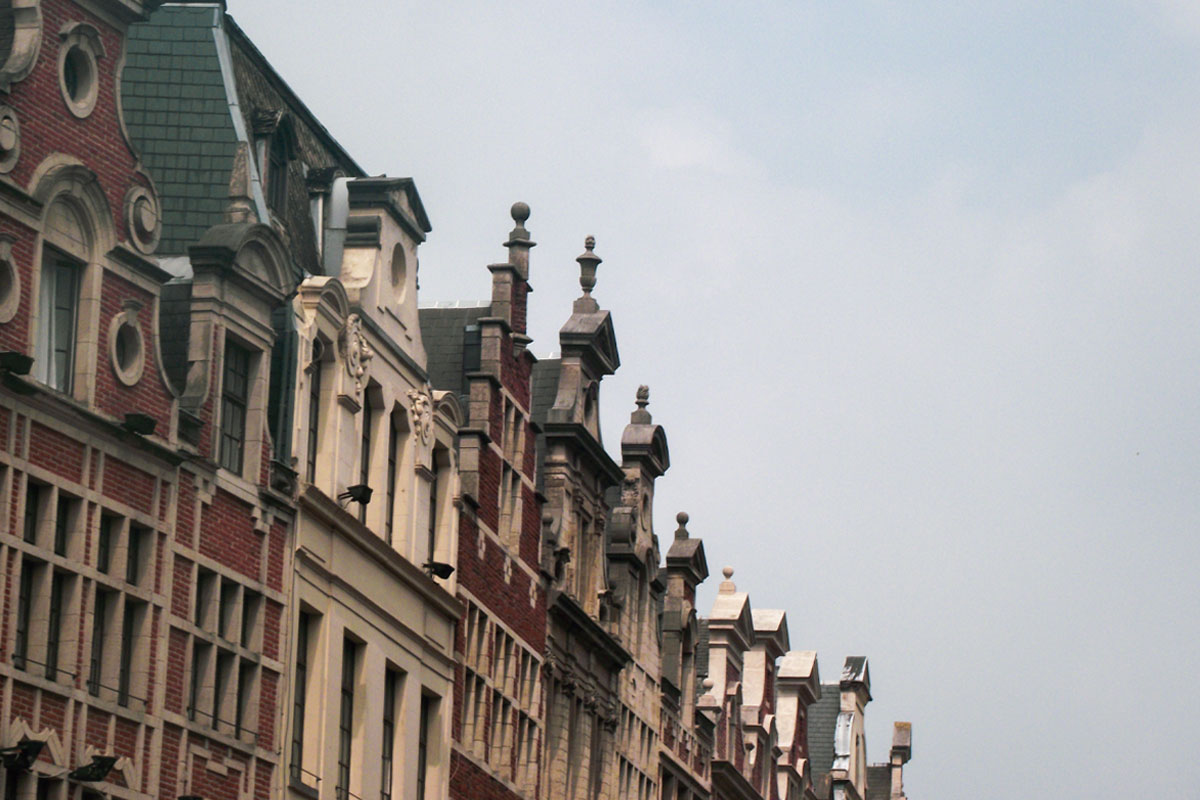 Bad news often arrives on soft paws. So it was this summer, when an email from Benoit Grosfils announced that he had read an email I’d sent to his father, Jean-Pierre, aloud to him — because Jean-Pierre was bedridden.

Benoit wrote that his dad had been gravely ill during the past months. He had enjoyed listening to my email. Two weeks later, Jean-Pierre was dead. I was devastated and thanked my lucky stars that we had touched base so close to his demise.

I met Jean-Pierre in early 1944, when he was 8 years old. I was a Jewish teen who had spent the past 18 months in Belgium hiding from the Nazis, who were intent on sending people like me to the mysterious but terrifying East. So far, I had successfully evaded them by working as household help for three different families. But now, I was once more in search of new quarters.

Somebody had suggested that I visit an outfit located in downtown Brussels. I eagerly followed the lead. To my surprise, the address was occupied by an ordinary household employment agency. Nobody asked me about my legal status, address or identity papers. After a short interview, they shared a list of positions. There were several openings.

I hoped that the agency had vetted employers — what if any of them were Nazis? Somehow I doubted that they knew much about their clients. Nevertheless, I selected one of the available choices: a governess position minding four children on the Avenue de Tervuren, one of Brussels’ most elegant boulevards.

The next morning, I rang the doorbell of a grand house facing a park, which I had actually noticed before while passing by. Because of previous bad experiences, I decided to confess the fact that I was Jewish and illegal to Madame Jacqueline Grosfils, the mother of the four children.  For me, asking people to shelter my life while endangering their own was the hardest part of the Holocaust. I told Madame Grosfils that I could supply my own food stamps and would not require wages. The fact that officials at the community town hall kept issuing food stamps to my family, even though they must have been aware that we no longer lived at our former address, contributed to our survival. Both the town hall employees and the friend who transmitted the precious stamps were guilty of aiding the resistance.

My interviewer said that she had to ask her husband. When I returned the next day, she informed me that the job was mine.

I moved in, carrying my belongings in a satchel — one never, ever carried a suitcase. I met my charges: Jean-Pierre, Monique, Claudine and baby Martine. I bonded with the three older ones, feeling almost as though I had become a kid again.

Fans of Downton Abbey will understand that I was proud that, as a governess, I had climbed the social ladder of household employment: I was “Mademoiselle” and ate with the family, and the chambermaid and cook envied my more elevated status. Nevertheless, I was humiliated by some aspects of the job. Madame Grosfils insisted that I wear a white uniform and veil to define my status. (I still can’t understand why I did not appreciate that this garb increased my safety.) I also resented that I could use the front gate when accompanied by the children, but when alone, I had to enter through the servants’ door.

During the spring of 1944 in Belgium, food and other essentials were in short supply; telephone service and the delivery of gas and electricity were erratic. Schools were closed, the sky buzzed with planes and millions were still being murdered in camps and killed in battles and airstrikes. Still, the mood was intoxicating in spite of the prevailing hardships. The viciousness of the Nazis had reached its zenith, but victory was in the air.

As the end of the war drew near, I remember telling my little Grosfils charges that I would go back to school and perhaps even marry. On September 3, 1944, Brussels was liberated, and I quit my job. A month after the liberation, I indeed returned to school; two years later, I moved to America.

I kept in touch with the Grosfils for a while. Madame Grosfils once wrote me a glowing letter of recommendation, specifying how well I had understood each one of her children. I appreciated the proof that even during this period of my greatest personal needs, I had helped others.

I visited the Grosfils while I was in Brussels and even sent presents from America. Later, Jean-Pierre told me that, for decades, he kept a small flask from the chemistry set I sent him from America. He also kept some of my goofy letters. But over time, as life continued on either side of the ocean, we fell out of touch.

In 1995, I wrote a memoir about my experience as a hidden child during World War II, called “At the Mercy of Strangers: Growing Up on the Edge of the Holocaust.” The book is based on the diary I kept during my underground existence. During the writing process, I contacted Jacqueline Grosfils. Her husband had died, but the family still owned the house on the Avenue de Tervuren. A new friendship blossomed between Jacqueline, Jean-Pierre, his wife Evelyn, my granddaughter Naomi and me. We visited back and forth. Paul, Jacqueline’s great-grandson, even spent three weeks with us at our summer house in Maine. By then, the Grosfils were happy that by sheltering me, they had participated in shielding some Jews from extinction.

In addition to the personal pleasure of their friendship, the family reminded me that I owe my life to them and to others who defied Germany’s devilish resolve. I never tire of reminding my readers that when asked, many ordinary folks perform acts of heroism. Jean-Pierre’s friendship strengthened my bond with what I like to think of as my homeland. Jean-Pierre, I will always remember your kindness, your sense of humor and the delight you took in life.