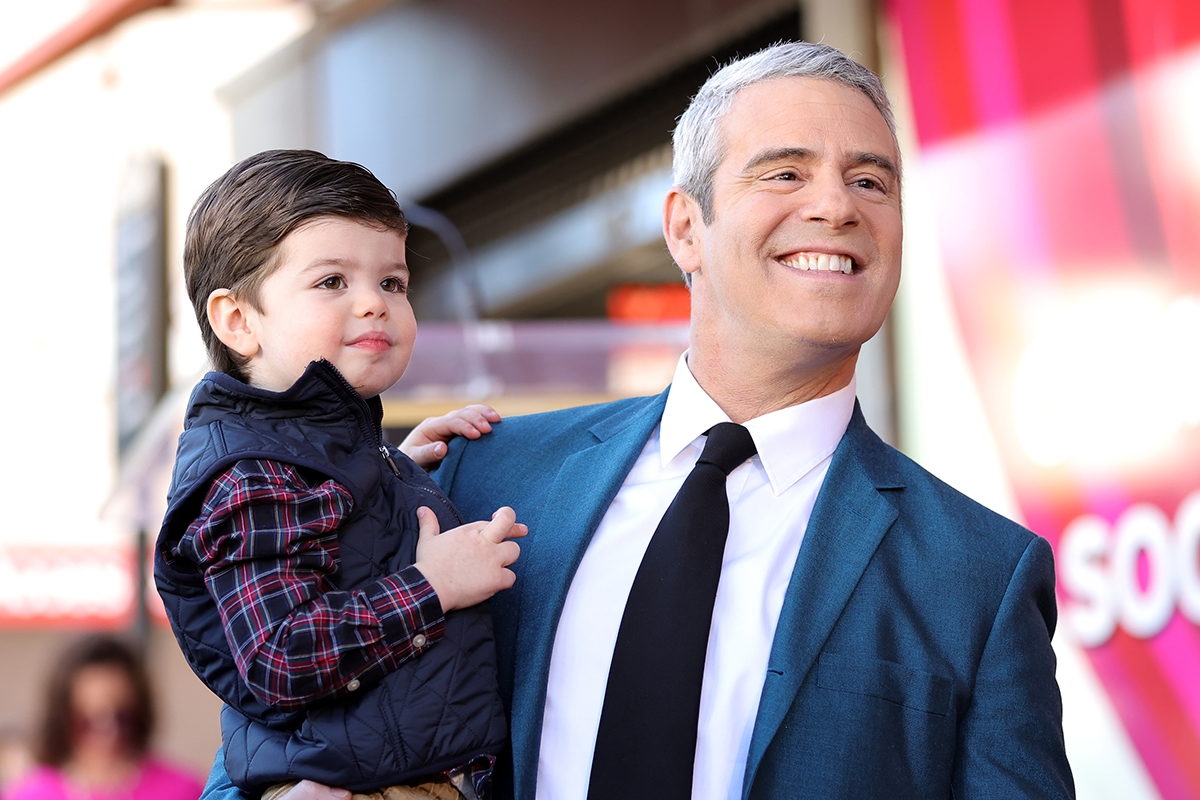 Some of us celebrate our kids’ third birthdays with Mickey Mouse goodie bags and chocolate cupcakes at the park; others do it by taking their sons to watch them get their names immortalized on the Hollywood Walk of Fame, you know, all casual-like.

OK, so by others I just mean Jewish dad Andy Cohen, who, last Friday, took his son Ben to the unveiling of his star on the Hollywood Walk of Fame, on the day of Ben’s 3rd birthday. And honestly? It was really adorable! Ben seemed totally happy with this celebration, hamming it up for photo ops and hanging out with his Jewish grandparents — Evelyn and Lou — along with his aunt and some exciting celebrities.

The ceremony, which featured lots of “mazels” and mentions of former New York mayor Bill de Blasio took place on the morning of February 4 when Cohen got the 2711th star on the famous historic landmark in Los Angeles.

Andy brought some of his famous friends, including actress and presenter Garcelle Beauvais, “Housewife” Lisa Rina and singer John Mayer, who all spoke about Cohen, his friendship and his achievements at the ceremony. Mayer gave a long speech, lauding Cohen for being a natural-born entertainer, but also a great friend, son and brother, adding, “more recently, he’s become a proud, engaged and recently devoted father.”

Then the TV personality and “Real Housewives” showrunner took to the stage to thank the crowd for what a dream come true this all was — urging everyone to drink whenever he said the word dream, which was quite often. He shared that being at the unveiling ceremony was “kind of like being at your funeral, but fun.”

In the middle of his speech, in which he recounted how he got from growing up in a working-class Jewish family in St. Louis to becoming a TV celeb and entertainment icon, Cohen got interrupted by honking — “It’s the TMZ celebrity tour! I’m getting a star, I gotta do Harvey Levin’s business now, I mean honestly?!” he chastised the tourist vehicle, demonstrating the improvisational abilities that helped earn him his fame.

Cohen also spoke about his first visit to the Hollywood Walk of Fame — the first time he went to L.A. he looked for Vivian Vance’s star — and talked about how proud he was among stars as bright as Jack Benny and Red Skelton, and having his own star flanked by RuPaul’s and The Go-Go’s.

“Thank you so much for my friends and family,” he said, and then ended his speech with, “Happy birthday, Ben, happy birthday, it’s your birthday, we’ve got cookies waiting for you.” Aw!

After the speech, the star was revealed (“They spelled it right!” Cohen exclaimed because Jewish dads gotta Jewish dad joke) and as he posed for many, many photos, he faced another, much more adorable interruption.

“Don’t touch the star,” a little voice erupted from the crowd.

But Cohen had to touch it, and little Ben admonished him once again.

“Why don’t you touch it, Ben,” he said, and then a few minutes later, beckoned to his son. The crowd awed and cheered as Ben rushed over and rubbed his cute brown leather shoes on the star (apparently, he did want the star to be touched after all!), and then cuddled with his dad.

“Look at these guys,” he told his son, who smiled calmly to the cameras. “Say happy birthday, happy birthday, Ben,” he told him. He then encouraged his son, telling him, “You’re so good!” and once the photos were done, Ben bounced back into the crowd. Cohen proudly exclaimed, “Give it up for Ben!”

During the ceremony, Ben, who I must say has the best toddler smile ever, was busy being his own tiny celebrity, waving to the crowds and cuddling with John Mayer and BJ Novak. In a video Cohen posted to Instagram, Novak is holding Ben as they look at a billboard with Cohen’s face on it together. “I’ve never seen that guy before, who’s that?” Novak asks a smiling Ben, to which the toddler replies, still looking at the camera, “Dada.” Adorbs!

Ben later joined his dad, grandparents and other friends and family at a restaurant, where he got a beautiful birthday cake with a giant sparkler.

“Ben had the best 3rd birthday ever,” Cohen captioned the photos from that day. We believe it! Mazel tov, Andy and Ben.