Bubbe (or Bubby) – Kveller
Skip to Content Skip to Footer 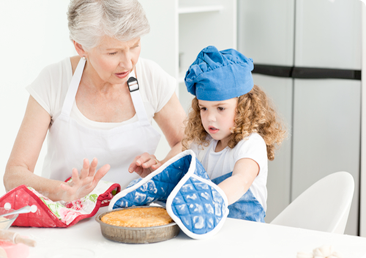 Bubbe (or bubby) is the Yiddish word for grandma. The grandparent moniker, which seemed to fade from popularity for a while, is now making a major comeback.

Bubbe is even making appearances in kids’ shows like “The Rugrats” reboot (in the episode “The Bubbe and Zayde Show”) and “Elena of Avalor” as the name of the grandmother of Disney’s first explicitly Jewish princess, Princess Rebeca.

Nostalgic and warm, this Ashkenazi grandparent name brings up so many good feelings, and we are here for a new generation of grandparents reclaiming it.

If Bubbe isn’t the right for you, here are some other Jewish grandparent names that you might like.

And if you’re a bubbe and want to make your grandkids some traditional Ashkenazi food, check out our classic Jewish recipes.