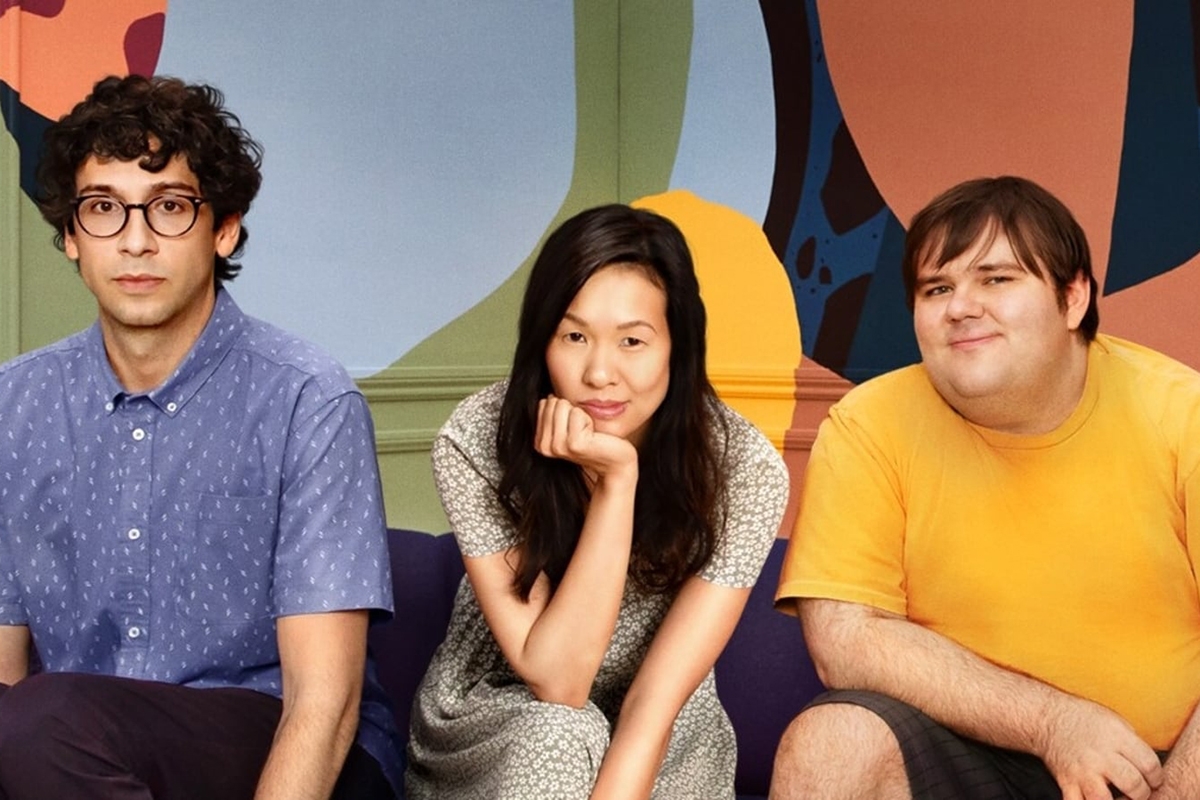 Jason Katims, the Jewish creator behind “Parenthood” and “Friday Night Lights,” just premiered his first show created for a streaming platform. “As We See It” is an adaptation of the Israeli show “On the Spectrum,” and honestly, it is the warm, comforting TV hug that we all need right now.

Just like “On the Spectrum,” “As We See It” is the coming-of-age story of three autistic roommates in their 20s as they navigate relationships, work and a world tailored to neurotypical people. Except in this American adaptation, they’re all played by actually autistic actors. Rick Glassman, a hilarious comedian and self-proclaimed #JewishHeartthrob, plays Jack — a gifted computer programmer who has difficulties with being deferential at his job. Albert Rutecki plays Harrison, who struggles with sensory issues that make leaving the apartment difficult. Sue Ann Pien plays Violet, who works at Arby’s and dreams of getting a boyfriend, which to be fair, is hard for any single 20-something-year-old.

These moments of connection are sometimes facilitated by Mandy, their behavioral aide, played by Sosie Bacon (“13 Reason Why,” “Here and Now,” “Mare of Easttown”). Throughout the show, she helps them navigate so many of the things that she herself is dealing with — career struggles and relationships woes — and doing it all sensitively and compassionately, like a true friend, because that is what she is to them. Bacon (who yes, is Kevin Bacon and Kyra Sedgewick’s daughter) is absolutely perfect for this role.

For Katims, creating this show was personal. His son has Asperger’s, which he previously explored in a plot line on “Parenthood.” As he told Collider, when he first watched “On the Spectrum,” he was contemplating what it would mean for his son to be an adult in the world.

While the plot lines in “As We See It” are not directly inspired by Katims’ life, one of the show’s most powerful relationships is between Jack and his father, Lou (Joe Mantegna), who is diagnosed with cancer. Watching Jack try to grapple with the practical and emotional implications of losing his father, being an advocate as his dad refuses aggressive treatment, and watching Lou struggle to find someone to support his son if he dies, is heartrending. But their relationship itself is just such a lovely depiction of a relationship between a father and his grown child: going to game nights together, getting high on edibles and talking about girls.

Just like in many of Katims’ other shows, there is no explicit Judaism in “As We See It.” And just like with the Bravermans on “Parenthood,” Jack and Lou have a common Jewish last name — Hoffman — but their possible Jewish identity is never addressed. (And like Glassman in real life, Jack has food sensitivities that make him unable to eat certain foods. Glassman has a sometimes-updated Instagram account called JewMods where he shares restaurant order modification requests to suit his dietary restrictions. This isn’t exclusively a Jewish thing, but it’s certainly not not a Jewish thing.)

So yes, this show isn’t really a new piece of Jewish representation, but a win for representation nonetheless. No show is perfect — “As We See It” could certainly be more diverse in its cast by presenting Black or queer autistic characters. But it stands out as a show starring autistic people depicting life in a way that feels authentic to them.

Glassman, who was only diagnosed with autism in his 30s, brought experiences from his own youth to the character. “I don’t want to stand on this hill and say only people with autism should play people with autism,” he told the New York Times. “But I do think that the pendulum needs to swing a bit, and TV shows like this shed light on the idea that, oh, look, they can do this.”

As I watched “As We See It,” I profoundly related to these lovable characters. Everything that they are struggling with touches me somehow; the way the world grates Harrison reminds me of my own feeling of being overwhelmed every time I leave the house right now in this COVID-filled world. I ache for Jack, the way he is dealing with grief and fear of losing his father. The way Violet fights for love and through heartbreak feels so reminiscent of all the struggles so many of us have with dating — wanting so much to be loved, and wanting to be normal.

“As We See It” is sometimes sad, sometimes funny and sometimes imperfect, but more often than not, it is human and touching. It’s a show that makes you believe in the power of friendship and family. Here’s hoping for season two.