At Last, 'Harry Potter' Is Available in Yiddish! – Kveller
Skip to Content Skip to Footer

At Last, ‘Harry Potter’ Is Available in Yiddish! 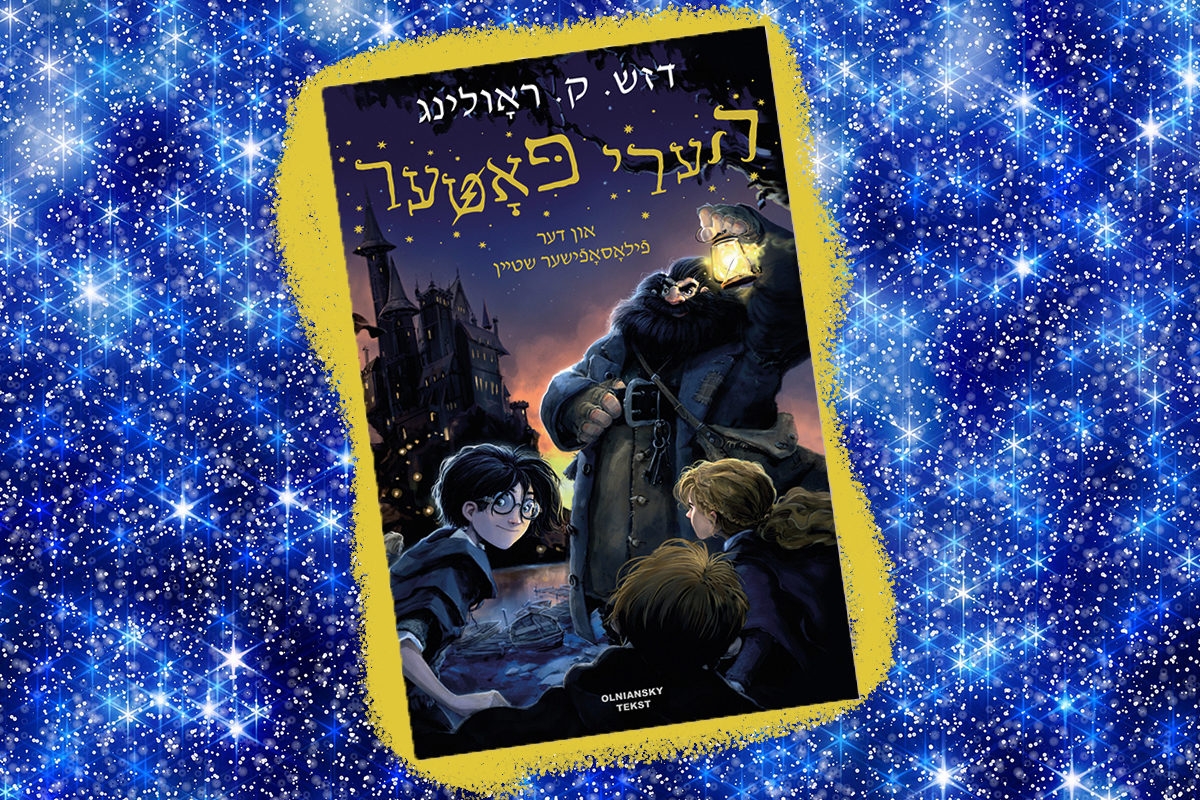 Perhaps it’s no surprise that the bible, which has sold more than 5 billion copies, is the best-selling book of all time. But do you know what the best-selling book series of all time is? That honor belongs to J.K. Rowling’s  Harry Potter. Having been translated into 80 (and counting) languages, it’s also one of the most translated literary works.

Ready for another fun fact? More than than two decades after the first Harry Potter book was published, it is available in Yiddish for the first time. We’re not kvelling, you’re kvelling! (OK, OK … we’re kvelling, too.)

Swedish publishing house Olniansky Tekst Farlag is publishing the first-ever Yiddish version of Harry Potter and the Philosopher’s Stone (which is known as Harry Potter and the Sorcerer’s Stone here in the good ol’ U.S.A.), and we’re over the moon! Translated by Yiddish expert Arun Schaechter Viswanath, and illustrated by Johnny Duddle, the book is available for preorder with a limited first run of 1,000 copies.

Viswanath, 29, spent more than two years translating Harry Potter un der Filosofisher Shteyn. He comes from a family with deep Yiddish roots: According to Tablet, his grandfather, Mordkhe Schaechter, was a professor of Yiddish at Columbia; his mother, Gitl Schaechter-Viswanath, authored an English-Yiddish dictionary; and his aunt, Rukhl Schaechter, is the editor of the Yiddish newspaper, Forverts.

“I hope that publishing this crown of popular youth literature will be something that brings in people who have been maybe thinking about learning Yiddish, or maybe have learned it but haven’t found a way into the culture,” the publisher, Nikolaj Olniansky, told Tablet.

What should we expect in this magical book? Well, there’s Yiddish, for sure. But unlike Hebrew translations of the series, Viswanath will retain Rowling’s storyline without adding a Jewish element. (Yep! In the Hebrew version of Harry Potter and the Order of the Phoenix, a Hanukkah song replaces a Christmas carol!) And, no, Neville Longbottom’s last name won’t be translated as “Longtuchus.”

But readers can look forward to a slightly more rabbinical bent. “I recast some of the characters as certain Jewish archetype purely on linguistic grounds,” Viswanath said. “I turned Dumbledore into this very lomdish [Jewish learned] guy who speaks with a lot of loshen koydesh [Hebrew and rabbinic phrases].”

So basically, headmaster of Hogwarts, the fictional School of Witchcraft and Wizardry, will encompass the persona of a rabbinic dean of a yeshiva — which, if you think about it, he pretty much was already.

“I hope we will also reach a new group of people who haven’t given Yiddish a thought before,” Olniansky said.

Mazel tov to Viswanath, Olniansky, and to all who were involved!